Hang onto your dicks, America, because we, the USA Government, after many hours of dueling press conferences and haughty meeting walk-outs, after being forced to eat box lunch twice last week, sans Doritos, have come to another deal. We've brokered a deal. Pull the pistols out of your mouths. We've got a deal, you dumb nerds.

First of all, we rode this stink bomb right down to the point of no return, as per our usual. Because, fuck it, why not? Right? This is what we live for. After toying with the entire economy of the universe and all of your lives once more we've reached a deal. We're pretty proud of it. It's our worst one yet. Remember that last one we did where we cut taxes for wall street bankers and gave everyone coupons for Arby's? It's even worse than that. We guarantee this turd isn't gonna make anybody happy and everything you love is gonna be a little bit shittier than before the deal.

"It's a deal."
- The USA Government, in your stupid face.


God we love this. Makes our titties hard. 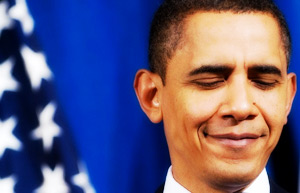 You're probably thinking: if this deal is so terrible then maybe we should have just gone over the brink and said fuck it all, let the world burn, and truly, we love that attitude. You've got the right idea here. But the trick is, incremental shitworld. You can't just plunge the whole country into a bottomless abyss of fecal froth, you've gotta ease into the poo pool, one toe at a time. We're about waist deep now, so let's just drop down to about mid-chest.

So remember how your mom gets those pills for her heart? Yeah, they cost double now. And we gave a tax cut to Alpaca farmers because, you know what, fuck it, job creators, right? And we made the army get rid of one jet plane. A single plane out of Iraq. Just aim that sucker at the sun, hit the burners and eject.

Oh, and you have to wait until you turn 89 to retire, but that's cool because the only jobs will be government jobs and lord knows you don't have to do shit. We had a guy in the senate who was literally a hundred years old. He got paid 300 grand a year and he couldn't even talk. PBS is gone, but we tripled the budget of the DEA task force that busts legal pot growers and the ATF task force that sells SCAR-Hs and P90s and a bunch of Call of Duty guns to the Zetas. 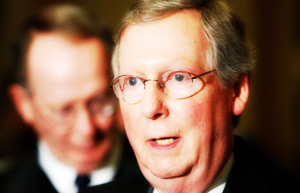 We are giving a tax holiday to the company that put the polar bear on the Lost island so that they can track down weird animals and bring them to Wyoming for rich people to shoot in the head with .454 Super Magnum pistols. Also no taxes on those. A Super Magnum tax credit. Why not, right? Who gives a shit?

The best part is, get this, it's gonna blow your ass out, it's incredible: this deal doesn't even balance the budget. Doesn't do shit with the deficit. No, wait, it ADDS to the deficit. Ha ha! We never actually gave a shit about that. We don't care about anything. We're nihilists with podiums.

Yeah, yeah, yeah, this whole government is shit and everyone in it is shit and fuck our dumb devil eyes, right? Ha ha. Hear it all the time. What are you gonna do, riot? Where? In a strip mall? At a Costco? OOOooh are you gonna occupy your college buildings? Ha ha. Leave a message on our voice mails about it, bitches.

We'll be in Wyoming.