Stop, passerby! Your Superiors gently command you to pay quiet respects for those who recently left our District through the widest-swinging door: final death. Once only, we must all exit our Beautiful District for the last time, and not just for mountain foods or for defecting to Lesser Districts due to political misapprehensions. Once only, we must all die forever and leave this place, once only.

In the days when we had no god, we did not know what death brung. But now we have Swimp, and we are content to die: we will join our cuddle-soft cutie bunny on the moon forever. We will romp and play, and sour clams will be unlimited and Swimp will open their tins for us. Every person will be there, except Dorroile.

Yes, and on to the dead; read now a list of their names and circumstances-- for unless you read the names of the Notable Dead, how sure can you be that you aren't among them? And now, read solemnly, and pay your last fondness to those who are with Swimp.

At his fifty-fourth year, Haunk found that he had lived absolutely as much as possible. His family says that he suddenly tried to live more, but was not able to do it. "Haunk was very proud of being alive, and he very much wanted to continue with it," Haunkwife Corchbrane told us. "Quite recently, more and more he seemed very desperate to be alive. He tried and struggled to live more, and he was very confused when he was not able to live for more time."

Haunk was in bed, with Haunkwife near him on a chair, and his sons, while he was trying recently to keep being alive. The mood to speak much with his sons was vacant from him. Usually he spoke a lot and quite loud and happy with them, but quite recently he wanted more to be in bed and think very hard about how to keep being living. He concentrated quite diligently on not stopping living. After a while, he was no longer able, and made his final words. "I will be alive again, Haunkwife," Haunk said. "I will live again for you and my sons."

Swimp will give Haunk peace on the moon. Fly to Swimp, Haunk, and cuddle forever in his kitten-soft arms. Be alive again when you are rested and ready to do it, Haunk, we hope.

A man died and we did not know him. Do you find that of late that one of your party is absent? Carefully, we ask you to look around and apprehend the absence of a man who used to be there. He might be the Unknown Man who was found while dead.

The Unknown Man was not Dorroile or Arthur or anyone we knew from before. We hoped that he was Croisquessein, the man who is invisible or nonexistent who vexes us and causes us to trip down stairs, but probably not; the dead man was both visible and existed. We looked at him, we thought maybe we knew him, and we decided that we did not.

The Unknown Man is tall, he is wearing a blue sauntering suit, and his hair is black. He has no blood in his head, and there is an axe in it. Nobody knows why, and there is no way to find out. Darling Swimp, we commit this Unknown Man to your care on the moon. Please try to get the axe out of his head. Ask him if he knows who he is and why he's dead.

With full solemn ceremony lay we down Wulgus, father of Hairbank; he was one hundred and thirty years old. Though we know Hairbank as our barbarian torment, him who has maybe ate many of our children or threatened to do it, what know we of Wulgus? Alas but precious tiny much. So, for a more full stating of obituance, we turn to Hairbank himself, who speaks thus of the revered Wulgus:

"I am Hairbank and I am from the North. I hate your ways and I hate the world. My beards are curdled with the red essence of my grief. My father was Wulgus, who was dead and I ate. Wulgus was huge, stupid, and used to be invincible. Wulgus taught me how to yell and rip up things. Wulgus made my clothes out of fur and skin, with his teeth. Wulgus could hardly talk. Wulgus invented garbage. Wulgus loved garbage, and lived around it always.

"Wulgus was my father and I loved him, until he was weak enough to eat. Lay at rest while you can, Wulgus, for I will eat you again in the afterlife."

We pray that Swimp can find a place on the moon for Wulgus. We hope that Wulgus will love to hug Swimp, and not miss his garbage too much. Whether Swimp will allow Hairbank to eat Wulgus, it is not for us to know. 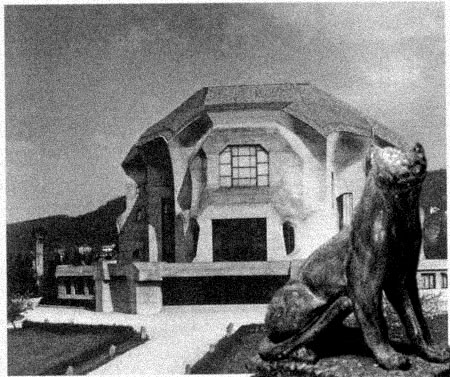