In the interest of preserving our district's pleasance, please tarry a moment to internalize this dispatch. The ensuing pages present a list of the most sought-after offenders in our district. If you, your companion or your extended herd should be so misfortunate as to spy one of the upcoming villains, please contain your alarm until you can safely reach a district haven. Once inside the haven, please holler until you are comforted by a superior.

Be aware, you, that offering food, comfort, or commerce to any published villain will make you yourself an offender.

I) Ben Bazane
Genital Allegiance: Male
Stature: 175.26 Centimeters and quite round, like a fat hen
Eyeballs: Turbid 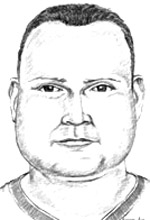 Ben BazaneBen Bazane is sought by the district for sixteen offences of rudeness and social disgrace. If you are carrying a lady, please be duly aware that Ben Bazane has offended nine times against carried ladies and four times against the men or subladies who carry the ladies. He is a man of peculiar lusts and must be avoided. Consider Ben Bazane a potential harm to your sensibilities and the emotions of you and your carried lady. Ben Bazane's misdeeds include:

Ben Bazane is a disappointment to our culture and must not be trusted to politeness. He may have attempted to flee to a more permissive district. Ben Bazane faces possible physical punishment not to exceed a severe and embarrassing jostle. 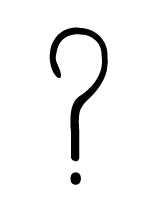 CroisqueseinContrary to previously published reports that Croisquessein had been warded off by district superiors, the scoundrel seems to lurk among us yet. Croisquessein is invisible or nonexistent, and should be treated as such. Unconfirmed utterances find the transparent menace committing all manner of breaches; if you feel as if Croisquessein is present, please bury your fear and attempt to holler for an authority. If you are qualified to ward off invisible people, please attempt to do so. Croisquessein has been charged with a shocking battery of offenses, and must be somehow contained or destroyed. His missteps include:

Please note that Croisquessein is not a dead person, a spirit, or a legend; he is definitely merely invisible or nonexistent. Until the ne'er-do-well's nonexistence can be concluded with certainty, we must assume that he hides from superiors even now. Please report any disturbances which might be explained by Croisquessein's presence immediately to your nearest lord of haven. 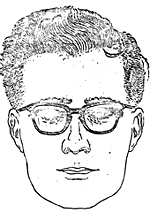 Dorroile Y_____Dorroile Y_____, whose surname remains elusive as of this dispatch, is sought by our fine boys in connection with several counts of deceit and commercial misdeed. Those taken by his inelegant grifting have reported him to be quite charming and unpleasant. Dorroile has made attempts to sell dangerously staled and unpalatable tins of sour clams and urns of fermented horsetail oil to gullible patrons, bandying them as healthful swallows to calm colonic rebellion. Superiors have reason to believe that Dorroile knows very well that his sour clams have no properties of intestinal easement, and instead are liable to make their consumer quite [ladies are bidden to forego the ensuing word] vomitous. Dorroile Y_____'s further legal outrages may include:

Dorroile is widely despised, yet manages to entertain the affections of a young woman named Mary who follows him like a duckling, bickering and endlessly nattering. Please attempt to subdue the duo with a net or any practical facsimile. 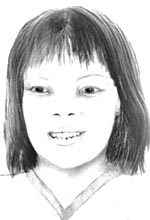 Ellen GuirkEllen Guirk is desired by superiors in connection with her horrifying tendency to flout propriety and disregard custom without mitigation. Our district shall not be awash with impropriety, and Ellen Guirk must be disallowed from inspiring young ladies to skirt our mores. E.G. can customarily be sighted where corruptible feminine youths are to be found, such as educational tunnels, gossip booths, and menstrual asylums. She attempts to lead said youths astray with promises of a life of permissive disregard for behavioral hygiene. Please be aware of the following malefactions:

By all these offenses and others, Ellen Guirk has amassed an unprecedented total of six days to be tethered to the pole. Please avert your eyes if Ellen Guirk is near, and holler immediately for assistance so that she might be brought to the pole as dictated by reason and custom. 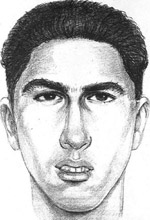 Foirey ShemontShemont is the instigator of a traveling two-man scandal in which one man distracts and taunts a narrow and feckless citizen while the other man, usually Shemont, attempts to sneak behind the taunted man and scare him or remove his pants, after which the two offenders skip away whooping. The identity of the other man is not known, although some reports suggest that he may be Dorroile Y_____. While no physical or economic harm is threatened during this scandal, the sufferer often reports the annoyance to superiors at his haven, and the haven lords have reportedly been quite saddened by the vulnerable state the bullied lilies are left in. Many of these lilies have reportedly wept for days, failed to report to work or to the bathing troughs, and have even been too ashamed to allow their wives to view their bellies. It is the opinion of the superiors of the district that Foirey Shemont and his companion are far too old to engage in such childlike abuses. Shemont has a long record of notable debasements, including these as thus:

In his absence, a committee has declared Foirey Shemont unfit for social conduct. When he is brought before the superiors of the district, his hair will be shorn and his dance card will be revoked for one year. It is yet to be decided whether his car, which is pink, shall be repainted in a more reasonable hue. It is to be further noted that Foirey Shemont may simply be Dorroile Y____ in a wig most awful. In fact, this is almost exclusively true. 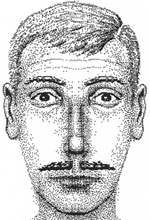 Claude FantsyThe once-honorable Claude Fantsy has smirched and unrolled his proud reputation as a district superior as late by engaging in a tremendous spree of irredeemable discourtesies. He is to be considered a menace, and those who spy him should not try to fight with him or discourage him from what he may be about to do next. Instead, please edge surreptitiously to the nearest haven and utter assertively until you are pleased by a better. Claude Fantsy has been known or assumed to have committed the following acts:

It is unknown whether the actions displayed by Claude Fantsy are the results of senility, ennui, or mental disturbance, but please entertain the conceit that he must be brought before superiors as soon as possible, that he may be issued corrective headgear or a warning bell.