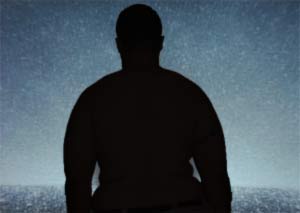 Like most primitive cultures, the Celts were worshippers of the sun. In their myth they attributed the sky fire to their god Lugh. A grandson of the evil Celtic god Balor, Lugh was destined to defeat his grandfather. Though Balor tried to destroy his grandson, Lugh wielded a magic sling-stone, hurling it into the eye of Balor and ridding the world of his grandfather's evil.

A comforting fable, to be certain. A story to be told around the peat fires by pale proto-men in their muddy yurts, to make sense of the cruel, brief existence inflicted upon the ginger tribes of Ireland. Sustenance for simple minds. Of course, all of it false, just like all magical beliefs.

When I desire to experience magic, real magic, I need look no further than the incalculable wonder contained in the sky. There you will find an object more potent than any god, a great burning forge of creation circling the earth, bathing our planet in its warming light. All energy on earth can be traced back to this constant nuclear explosion, raging during the summer months almost close enough to touch.

Our star is known as "Sol" from which we derive "Solar" and "Solitude." Like the solitude of considering a sunset on a beach, for nature is also our greatest painter, inspiring us with divine visions. And I mean divine figuratively.

Our Lugh, our solar twin spiraling around us in infinite, delicate, cosmic tango steps, has recently launched its magical sling-stone. A stone of fire, its magic the electromagnetic corona discharged in the direction of earth. Such a massive storm of energy will strike our humble little blue wart and bathe our planet in several magnitudes of Aurora.

The unchained gorgeousness of our natural world can be humbling. The skies dancing with all of the colors our eyes perceive, we are reminded that, not very long ago, Galileo looked to the heavens and saw the first comet. And he was then put to death by the Pope for it. 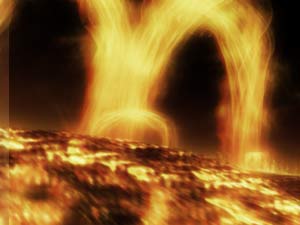 The breathtaking might of the solar storm is even more impressive when considered in human scale. The force of this ejection is like unto nothing in Bibles or whatever pathetic storybook the sheeple gather around in the long night of their ignorance. It is equal to several trillion gigatons of TNT.

Imagine the largest explosion ever on Mythbusters, probably when they blew up the cement truck with dynamite, and then multiply that by a factor of thirty billion. This is close to a fraction of the majestic energy unleashed by the perfect, logical orb of fire burning in space.

You may notice your satellite TV or GPS will stop working. This is the blindness of Balor, casting us down like the elder gods of yore, to writhe upon the benighted soils of Ireland, temporarily bereft of driving maps and drone missiles. Luckily, this pause in our constant, streaming entertainment and information will last only a few hours. Some satellites might be lightly damaged, but we can fix those as long as people stop slashing NASA's budget.

And thus, life returns to normal on this little speck of fart caught in the vaporous wonderment of the rational universe. Looking out from the distant mechanical eye of a probe, seeing our lonely, wayward planet, tossed here and there by gravity, a world populated by idiots in churches, stupid babies clinging to their tribal superstitions and men, wikipedians, preserving knowledge for future generations on this lonely blue dollop. Brave men, and even a few women, who experience things differently because of their unique position on the autism spectrum. Lego experts who dare to dream of a brighter tomorrow.

Can we hope to capture the grandeur of our sublime universe in Minecraft?

I cannot say for certain, but we will try.