District Bulletin: The Reform of Dorroile

Exhibit C: So polite and merrily he greeted our Weyre Asb, Superior for Discipline, though once the same Weyre Asb, not long in the past, cultivated his fingernails into notorious filthy claws of justice, sharpened specifically to rend Dorroile to pieces. Would a man unreformed be so fearless of the claws? But was it satire? Weyre Asb, in his official statement to your Claude Fantsy, Head Better Superior, said this:

"As Dorroile excused himself from my presence, I heard him to remark-- or so I thought-- 'I hate to see you.' I asked him, shocked at this insolence of his words, to repeat them. He did, and this time I clearly apprehended his repeated words to be 'great to see you.' It was not until some many hours later, during an act of physical coitus with my wife, that I was struck with the concept that Dorroile may have said a different thing each time-- that, for example, he said 'I hate to see you' to begin with, and then upon my confrontation amended his statement to the phonetically similar 'great to see you.' So preoccupied was I with this notion that I, in my coitus, was unable to complete the climax of full gratification, which disappointed and shamed my wife. Have I become babyheaded in my imaginings, or has Dorroile thieved me of my potency?"

Has Dorroile's dark satire locked Weyre Asb in a fiendish chessmate? Alas, we cannot ever know, unless Swimp himself comes down from the moon and tells us.
Exhibit D: Last week, Dorroile thwarted an attempt by Hairbank, the godless child-eating barbarian who commands our youths as the duly-elected Superior for Education, to eat yet another child. The people of the district were quite grateful for Dorroile's sudden interruption of the Hairbank child-rending ritual, especially since it was executed so cleverly without violence, purely by clerical means. Hairbank, however, was not grateful, and his roars were damped only by the muffling of his blood-matted beard. 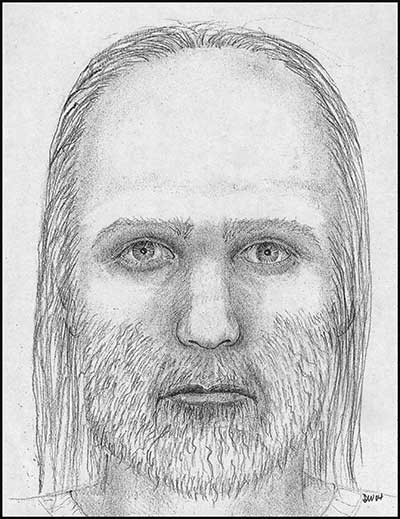 Though we all hate Hairbank and would kill him, if we could figure out how, so that he would stop eating our children and luring wild animals into our town to menace us, we must point out that thwarting the sworn duties of a superior is a violation of our district's laws, and since Hairbank is responsible for the upbringing of our children, it is well within the scope his legitimate station to elect to eat a child. Therefore, even in preserving the strawberry blood of a dimple-cheeked youngmartin unspilled, Dorroile joked the law, and we are not smart enough to figure out whether it is an evil act. Only Dorroile is smart enough, and he might still be evil.

Exhibit E: Some four days ago, Dorroile encountered our Head Better Superior, your Claude Fantsy, again once more at the Weep of Desperation. Your Claude, still unplussed from the ambiguous favor of Dorroile's door-opening, sought to apprehend the sincerity of the once-villain's reform by asking questions of him and carefully noting the answers, attempting to taste the sour of satire in his tone. But your Claude was unable to make sense of it, despite devoting all of his head's efforts into thinking very hard about what was happening: for when Hbs. Fantsy asked a question of Dorroile, Dorroile would reply back, very slowly and highly, with a fixed placid smile, the very same words said to him by Claude Fantsy! Your Claude could not reasonably be offended by his own words, so he abandoned the interrogation after just fifteen minutes, totally unable to confirm or disprove any satiric intent by Dorroile.

While these exhibits make no clear establishment of Dorroile as a continuing cocklaw, we hope that you remain wary of Dorroile's motivations. Your superiors appreciate the time you devoted to reading this bulletin, which was mandatory. On a note of irregular procedure, we offer this indication: our next bulletin will be written not by your regular superiors but by Dorroile, who asked us very kindly and sweetly and very very slowly, with a big peaceful smile, to write the next one and release it without letting us read it, because it is to be a surprise that he promises we will like very much.