Why the Last Thing the USA Needs is More Goddang Teachers 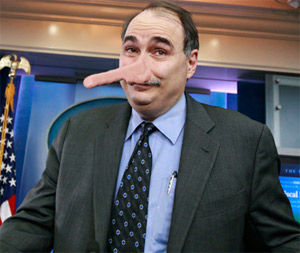 I made his nose longer because he lies a lot and because of all the emails I got NO it is not a penis.All I can do is laugh and shake my head anymore. I'm gonna pull a muscle, I swear. I heard on the radio that David A$$holerod says America's way to bring back our economy is to hire more teachers. MORE teachers?

Did you know that the country's biggest union is teachers? There are more teachers than soldiers in this country and if you ask me we can learn a lot more from our brave boys in uniform than any liberal propaganda indoctrinator.

We need more teachers like we need a foreigner in the White House. Oh, what do you know, we got that!

Teachers. Could there be a greedier bunch? What have they ever done for us? I see them in their fancy schools and driving around in their fancy hatchbacks and I want to yell at them, "Hey, miss Greenpeace sticker, why don't you shave your pits and give me a ride to the Aldi because I bought that dadburned car, you bag of burps." Only it would take a lot more than a potpourri air freshener to get me into a car with one of those lesbians, at least three lit Marlboros and a Lee Greenwood tape blasting so loud I can't hear her talking to me about dolphins or whatever I don't give a hot hoot about.

More teachers? It's like asking for more crotch crabs. Let me tell you about the average teacher.

Average salary: $$$$ <---tons of money. There are teachers making as much as some bankers, but what do they contribute to the economy? When was the last time you heard about a teacher giving a motorcycle loan or having some great idea to make a ton of money? Never. How many of the products you use today were invented by teachers? Half? A quarter? Nope. BZZzzzzt! Zero. The only thing teachers ever invented was new ways to waste money on nonsense like "field trips" and "assemblies." 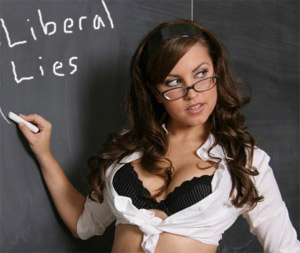 Looks: Hot for teacher? I don't think so. Big, burly haggard lesbians wearing jackets and big ugly pins. I bet they get all kinds of foot problems.

I don't have kids: So why in the heck should I pay 900 dollars a year for school taxes? The answer is you shouldn't. Think about moving to a right to not learn state where everyone is allowed to opt out of paying taxes for schools which is the way it should always be.

Agenda teaching: Teachers today are highly energized to do the bidding of their master, Oburglar. That means they want to indoctrinate our kids (I do not have kids but I mean kids in general) into ways of thinking. Oh, sure, it always starts off seeming okay. "Share your toy" turns into "share your snack" turns into "share your condoms we gave you in exchange for your guns." Did you know there is a school in California where they were teaching sex ed to first graders? First Grader! Hang on, I got to say that again with even more exclamations. FIRST GRADERS!!!! I didn't learn what a penis was until I was ten. I'm still not completely sure what a vagina is. I think it's like a smaller butt.

Economics: Schools don't make anything except lazy kids who play video games. Do you even know what a Facebook is? It's what happens when we allow ourselves to believe what Nancy Peloser says.

Vouchers: Why should kids have to go to some crummy school in the urban inner slum city when they could just walk across the street and go to the school with all their safe friends in their neighborhood? They shouldn't, it's a rhetorical question. Obangbus wants all our kids getting on board little yellow buses so god only knows who can drive our precious kids around, maybe drunk, to schools real far away where troubled kids also go from disadvantaged places. Mixing up our kids is just going to bring down the good kids, not lift up the bad kids. There needs to be a way for the government to pay parents for teaching their own kids. You know who the best teacher is? Experience. I say put them to work as soon as they can change their own pants.

I am proactive. I say it's time we take this country back from the unions and the teachers and the middle class. Stop trying to get in the way of the job creators with estate taxes. And stop indoctrinating our kids. That's why I propose...