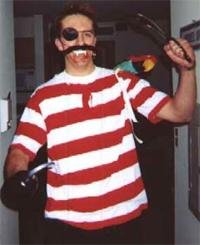 As you can probably tell, this site is back up again. I'm currently working out a deal with the network people to get another server online and split the load between the two. In the meantime, all the movies and downloads have been taken down (since the server currently has a hard time existing). Thank you very much for your emails of support and donations; I will reply to each one of them as soon as I can (there's over 700 of them, so it may take a while). I wish there was some other way to operate this site other than the voluntary donation scheme but nothing has worked and nothing will seemingly ever work. Please do not send me any email with suggestions of moneymaking ideas for me to try, as I've been attempting to solve this problem for over eight months and nobody has found anything that works besides porn ads. Once again, thanks to everybody out there for their support. This site will continue to stay up for the foreseeable future although it may crash frequently and serve up slow pages during the next few weeks. Please bare with us while we get this mess sorted out. Thanks!

No matter how you contribute, eBay and eBay Online Payments will waive 100% of all related listing, final value, and processing fees to help maximize the impact of your participation. In order to ensure that 100% of your contribution goes to the Auction for America effort, eBay Online Payments, VISA, MasterCard, Wells Fargo and Discover have come together to offer something truly unprecedented for this effort: fee-free transaction processing online.

On one hand, this is a very noble and magnanimous gesture. I wholeheartedly support donating to the various disaster relief funds that are helping the workers and families of people involved in the WTC disaster (and yes, I donated, so don't bother trying to call me a hypocrite or whatever). However, after browsing through the active all-American auctions, I begin to get a bit... frightened. Trumpeting the virtues of your country and being a proud citizen is one thing... but I think a few of the people entering these auctions seem to be a few pancakes short of an International House. Get ready to dive into the scary side of eBay, folks.

Marlboro cigarettes $4.00 off coupon - This is a coupon I received in the mail a few days ago. Don't you wish it was 10,000 marlboro miles. Me too. I quite smoking so I will pass the savings on to the highest bidder. This is for $4.00 off the purchase of 4-packs of cigarettes or a carton. I will ship first class mail. Thanks, and God bless.

I myself would've simply written "DEVELOP A CASE OF LUNG CANCER FOR AMERICA," but I can understand how that might possibly deter people away. To counteract that negative association, I would've included pictures of that horrible junk that builds up in your lungs when you smoke, only I would've colored the stuff red, white, and blue. I was thinking about putting some stars and stripes in there, but I am afraid that might make the picture look like the person just ingested a bunch of throwing stars and strips of bacon, both of which are equally deadly. Still, $4.00 off cigarettes... that's a pretty good item to bid on. I can see myself paying up to $8.00 for that. Oddly enough, not a lot of other people seem able to.

TOPPS BATHROOM BUDDY CARDS * FOR AMERICA !!! - Hey, give to the cause for AMERICA and have fun with these stickers! They are collector cards from TOPPS that are out of print. Made by the same ones who did Garbage Pail Kids and other famous weird (and other) cards. Cards may vary from those shown in photo. DON'T BID FOR ME. BID TO HELP THE SEPTEMBER 11TH FUND. RELIEF FOR THOSE OF THE NYC TRAGEDY. THANK YOU!!!! I EVEN PAY THE POSTAGE. 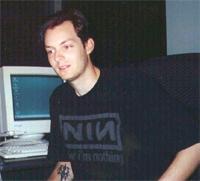 FOR AMERICA! This is what makes our country great, folks. "Mizzcrowly" has selflessly decided to donate her prized collection of "Bathroom Buddy Cards" in order to drum up money for "THE NYC TRAGEDY." The sense of pride that people will feel as they stare at a sticker depicting a child defecating into a large toilet will undoubtedly be overwhelming. You know, FOR AMERICA! "Carl Catbox," "Lappin' Leon," and "Stinky Stan" are beacons of the eternal hope which courses through the veins and sewer systems of this great country. What's a better way to say "that WTC thing really sucked, man!" than with cards of shitting children? FOR AMERICA!!! Oh, and I simply wouldn't be able to live with myself if I failed to include this quote from his auction:

I sent some of these to Ben Lauden and he can now be identified by the bullseye on the back.

CATHY GUISEWITE HAND SIGNED S&P SHAKER - THIS IS HAND SIGNED AND DATED PERSONALLY FOR ME BY CATHY GUISEWITE. THE BOX IT CAME IN IS ALSO HAND SIGNED, AND NOT ONLY THAT BUT SHE DREW THE CATHY CHARACTER ON THE BOX TOO!! THIS IS AN INCREDIBLE OPPORTUNITY TO GET A ONE AND ONLY HAND SIGNED SALT & PEPPER SHAKER FROM ONE OF AMERICAS' BEST CARTOONISTS.

Okay, it's really difficult for me to determine what exactly is the most disturbing aspect of this page. We've got American flags tiled in the background, patriotic-colored text, and... ugh.. CATHY. This is the syndicated comic strip which is still run simply because newspapers can't fine enough obituaries to fill the rest of page. Cathy made her fame by starring in 15,293 consecutive comics without a coherent punchline, narrowly edging out "Family Circus," which can be found on refrigerators throughout elderly communities of America. Then we've got the fact that the salt and pepper shakers are in the shape of a highly patriotic American donut, which provides some clue as to how Cathy got those monster hips of hers. Last and certainly not least is the final bid price: $76.00. Yes, $76.00, as in "one dollar more than $75.00." For that kind of money you could afford at least 50 giant paper bags to put over your head so nobody recognizes you as the person who enjoys "Cathy."

Fossils BIG AWESOME DINOSAUR TOOTH Fossil !!! - GOD BLESS THE USA!!!!!!! Very nice large Carcharodontosaurus saharicus (The African T-Rex ) fossil dinosaur tooth from the Cretaceous (apprx. 70 million years old) of the Tagana Formation near Taquiz, Kasr-es-Souk Region Morocco, North Africa !!!!!!! BEAUTIFUL TOOTH measures 3 1/8" x over 1 1/4" wide with SERRATIONS!!!!! From a large meat-eating dinosaur that grew to 30 feet long plus!!!! AWESOME TOOTH!!! BE SURE TO CHECK OUT OUR OTHER AUCTIONS for more QUALITY dinosuars teeth and other fossils and BOOKMARK OUR AUCTION PAGE!!!

YOU WILL LOVE THE TOOTH! YOU WILL WORSHIP THE TOOTH! GOD BLESS THE TOOTH! AND THE USA! BUY A DINOSAUR TOOTH FOR FREEDOM AND LIBERTY! DINOSAURS DIED FOR THIS COUNTRY, GO USA, AMERICA #1!

While I appreciate the help these people are trying to drum up for the WTC recovery, I can't stop wondering what was going through their collective minds when they said, "you know, I can't think of a better way to show my love for this country than by selling an old tooth, ceramic woman on a donut, series of cards depicting children taking a dump, and coupon for cancer-sticks!" It's this out-of-the-box, revolutionary thinking that has made America the great country it is today, a country full of people that, quite frankly, scare the bajeezus out of me at times.

Everybody's favorite l33t haX0r Jeff K. has returned, proudly sporting five new "Wacky Fun Computar Comic Jokes." I know everybody has been bitching about the lack of updates ol' Jeffy-pookins has done, so this should make you all very happy. Here's one of the five new wads of entertainment, ready for your viewing pleasure.

Once again, witty and topical! That Jeff K. is truly the king of kings! Head on over and indulge yourself in the mental menace that is Jeff K.'s "Wacky Fun Computar Comics."

I have updated the .plan file page detailing the advancements made on the Cliff Yablonski: Freedom Fighter page, showing pictures and briefly describing the first 30 weapons in the game. If you're interested in the many, many ways Cliff will have to dispatch his vile enemies, I would recommend going there and familiarizing yourself with the various weapons of destruction.