My jaw is sore as fuck after that psychopath Sternhard punched me when I accidentally stepped on his foot. Well, sorry, pal, but I wear big shoes, okay?

Yeah, I played the ol' whoopee cushion gag on Randolph again. Been doing it the last few days without producing so much as a chuckle. That son of a bitch has no sense of humor.

After the Sternhard incident Bradley flipped out and trashed my room. He was angry I had brought so many clown props and supplies. He's all screaming, "YOU BROUGHT ALL THIS GARBAGE WHEN I DIDN'T HAVE ENOUGH ROOM TO BRING ALL MY INSTRUMENTS?"

Hey, shithead, I didn't get to bring all my stuff either. We had to make sacrifices. That's the cost of doing science so far from civilization. 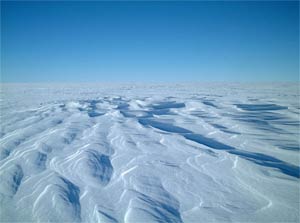 Found out Bradley smashed my CDs the day before. I went to put on some great circus music, which I've been pretty much listening to nonstop since I got here, and all the discs were shattered. Well, the job of any clown is to create laughter where there is none, so I'm going to show them how I handle adversity.

Twisted some balloons into the shape of a dong and spent half the day whacking Bradley over the head with it. I laughed so hard I thought I was going to burst.

Also got Peterson real good today. He comes running into the rec room all excited. "Guys!" he yells in his warbling nerd voice. "You won't believe the data we got today!"

Boom! Slam him right in the face with a pie. I'm laughing my ass off, pointing my fingers at him to celebrate a job well done. Only these fucking tightasses are just staring at me like I'm some kind of monster. Peterson starts wiping the pie off, except now he's got this look... I saw hell in that man's eyes. Took three of the other scientists just to hold him back.

Oohhh, look at me! I'm gonna analyze bacteria in water. I'm so fucking great everybody please look at me. Oh look at this, I'm studying water that's been frozen for thousands of years. I'm king of the world. Jerk. He was lucky the others were there, because I would have put one of my oversized shoes so far up his ass that he'd be puking confetti. Some people can't handle being the butt of a joke I guess.

This is no kind of place for a clown. These people are all going mad.

I can't fucking believe it. These psychos actually locked me in a CLOSET. Don't they know I don't handle CONFINED SPACES well??? I think somebody has been watching "The Thing" one too many TIMES, because there is no ALIEN hiding inside ME. I guess PETERSON probably WET HIS PANTS.

Apparently they think my "practical jokes" are JEOPARDIZING THE SCIENCE and putting EVERYONE ON EDGE. Well, what about me? These assholes are jeopardizing MY WORK. If I can't practice my craft, then why the hell am I here? I'm an artist and they are denying me my canvas.

I'm just going to keep YELLING UNTIL THEY let me OUT OF HERE.

I yelled some sense into them! Peterson let me out. I guess sometime in the middle of the night Dr. Mandelbrot just flipped out and wandered into the cold, and they haven't found her. Guess the expedition has been called off and a crew is coming to get us. It's gonna be a few days before they get here, though.

The guys are pretty stressed out about Dr. Mandelbrot. We've had our differences, but now more than ever my gift for comedy is needed. I've got to keep the morale up until rescue.

Welp, turns out these guys are humorless... mostly.

Did the whoopie cushion gag again, and Randolph flipped his lid. He comes at me with this giant cylinder of ice he collected, swinging it like a bat. He takes this crazy swing, which I completely duck. Only the ice breaks apart, flies across the room, and fucking nails Bradley in the face. Bradley flies against the wall, smashes his head open, and just fucking dies right there. Randolph, who doesn't have a funny bone in his entire body, suddenly starts laughing and won't stop laughing.

Finally! Finally that uptight prick laughs. Of course he has to laugh about murdering somebody and not the whoopee cushion. Talk about irony!

After like fifteen minutes of Randolph's deranged cackle, Sternhard comes in and just starts strangling him like a crazy person. Peterson tries to pull him off, and before you know it all three of those crazy weirdos are writhing around on the floor choking each other and throwing weak nerd punches.

I'm locking myself in the closet again until rescue. I don't think I can take one more day with these murderous bozos. Beautiful country, Antarctica. Too bad about all the crazies.