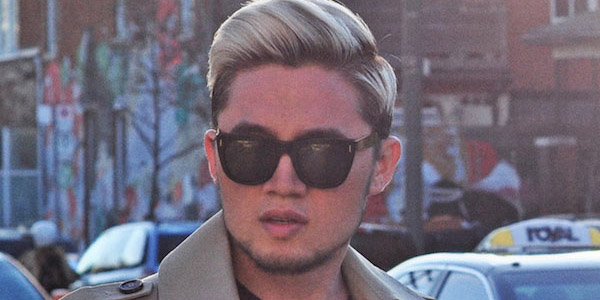 I don't know you, but I know you hate me. And why shouldn't you? You only wish you could always say what you were thinking despite the constant warnings and shovings. But I'm big, bold, brassy, and not saying bye-bye, baby. If you think I've run out of shocking things to say, listen up: I get most of my material from an old racist joke book I found behind a toilet in a public restroom, and I'm only 100 pages deep into that fucker. But maybe that's too high of a number for someone as Polish-looking as you to comprehend. Yeah, I didn't just go there. I went there and set up camp, bitch.

Maybe you think it's tiring to consistently serve up so many hot takes. Soul-eroding, even. Well, the diner called "Me" is open 24/7, and hot takes are the only thing on the menu. And I'm not even wearing a damn hair net. So, you know that little Simpsons show all of you online idiots seem to love? Well, I don't think it got watchable until its twentieth season. Okay, maybe I went a bit too far. They did air some episode decades ago about Principal Skinner being an impostor, and it was the first time I sat up and took notice of that animated trash heap. What's that? I said the reverse of what someone reasonable should say? Well, that's me, honey: completely unpredictable.

And hey, I bet all you fat slobs out there just love pizza. Well, I had the displeasure to eat some of that pressed trash-meal during a recent stay in New York City--one of America's worst cities, by the way. I could only choke down half a piece before the vomit-encrusted blanket of the wino passed out in the gutter near me began to look more appetizing. I had to leave The Big Crapple before I could sink my teeth into my favorite--and objectively the best--kind of pizza. That's right, California style: no sauce, plenty of corn, and a dish of thick ranch dressing to dip it into. And what do I wash it down with? A big, frosty glass of Clamato. Honestly, it tastes like shit, but knowing me drinking it makes you furious helps lower the bile levels in my throat, if only slightly.

Keep in mind I'm not just a pretty face. I'm a student of history, too, and full of honest evaluations of real-life events that may shock you. For example, the Vietnam War? It was extremely good. I'm also way the hell into the The Challenger exploding. And the Enron scandal? I took one look at it, and was all, "Nice." I know what you're thinking: "Holy shit, is this guy for real?" I guarantee you I'm as real as professional wrestling... isn't. That's right, I give approximately zero shits... except the one I just took in your mouth. "But poop doesn't go in mouths," you protest? Well, it's Opposite Day every day for me, bitch, and I just made you my personal toilet.

What's that? Did I upset you? Good. Did I upset you enough to disrupt any potential book and/or YouTube deals? Well, I have a prepared press release for every offensive thing I've ever said, explaining why you shouldn't have been offended--written completely off the cuff and boiling over with my saucy attitude, mind you. That's just the thing an in-your-face, take-no-prisoners provocateur does to keep his marketable brand solvent.