"Better to reign in hell, than serve in heaven." - Jay Leno


The pact was drawn in blood. Jimmy Fallon was given The Tonight Show in exchange for an eternity of service to the Prince of Lies. His reward in the realm of hell: the title of duke and a palace wrought from agonized flesh in the eighth circle of Malebolge. Now you arrive among the endless ranks, spurred onward by pitchfork wielding interns. He tortured you with impressions, giggling interviews and bro games in life, now the torture continues for your soul. There is no escape. There is no relief. There is only Duke Fallon. Let his games begin. 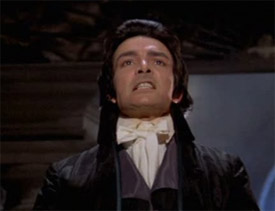 Duke Fallon will Read the Tweets for the amusement of the screaming maggots that pack every crevice of Ulvagoth, the wound that lives. You are one of those screaming maggots. The Tweets are your own, pleading pathetically for release. Every joke Duke Fallon says will involve making up a new hashtag and saying "hashtag" which is actually worse than everything else.

He Slow Jams the News and the news is all that you are being buttfucked by hot pokers. The skinless cenobite of Brian Williams is there for some reason, wielding the pokers.

In Hole in 666 you and Duke Fallon must bounce ping pong balls into the cloaca of a slime horror. If you make it in, you are rewarded with a knife to your genitals. If you miss, you must chug scalding bile and take another turn. It is always your turn.

Duke Fallon and the Roots subject you to David Bowelie. Shitted into a living sewer of the damned, your wails of misery are Auto Tuned while the Roots play a discordant cover of Space Oddity. A gurgling voice, perhaps an executive, will grimly note, "This thing is going viral!" 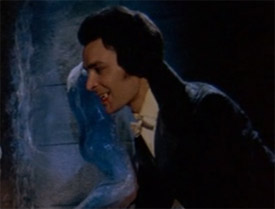 To run a cross promotion with NBC's Chicago Fire, Duke Fallon holds a game called Chicago Dogs where you must dress like a "Super Fan" and eat Chicago style hot dogs that fall through your eviscerated body and into the snapping jaws of burning, hunger-crazed hellhounds.

Duke Fallon does one of his hilarious monologue Bad Joke Giveaways where he gives away the cue card of a particularly bad joke. You are subjected to a nine thousand hour monologue. Every joke is bad. The cue cards are white hot steel sheets that Duke Fallon awards to your face, hands, under arms, thighs and buttocks.

Real People, Fake Arms forces you to act opposite Duke Fallon in an improv sketch in which your arms have been swallowed up to the shoulders by leeches that continuously lash your face with their stinging quills as they gnaw at your flesh. You have no control over what your leech arms are doing and you have to try not to scream as you act out the scene. If you do, or if Duke Fallon breaks character himself and starts laughing, you will be cast into the pit of leeches.

Demonic guests are invited to play the classic Hot Dog in a Hole game. This is where each guest is given a bucket of hot dogs to throw through a hole which is formed by your anus being progressively widened by the insertion of a twisting funnel covered in broken glass. Winners are allowed to dismember your family while you beg for mercy. Losers also do this.

Duke Fallon favorite Facebreakers is played using a 5x5 grid of panels of the living faces of the damned. Alive, aware and in constant agony, your face can only watch and scream as Duke Fallon and his guest attempt to throw screeching beasts through your fragile face. 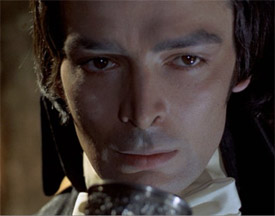 Not actually a game, but you are pushed out onto stage naked and forced to do improv crowd warm up for the Nuremberg-sized audience of emotionless demons. This goes on for months without laughter. If you try to rest or sleep you are immediately and agonizingly devoured by Steve Higgins, only to wake up and have to start the crowd warm up over.

As your misery stretches into eons, you will remember again and again how you welcomed Jay Leno leaving The Tonight Show. How nothing could be worse than Jay Leno. You'll realize, as the sounds of ping pong balls bouncing from plastic cups echo down the bone hallways of the castle, that you brought all this on yourself.