Welcome to the new school year. In order to ensure that America remains the world's number one superpower, we've at last decided to invest in our nation's most valuable resource: you! You'll find that those pesky liberal arts have been eliminated entirely from the curriculum in favor of subjects that will land you in the science labs and popular desert regions of tomorrow. However, we do realize that a well-rounded education is fundamental to any democracy, so we've taken the liberty of printing this month's history lesson on the back of your school lunch schedule. Please enjoy, and remember that the price of Mexican Pizza Thursdays has increased to $5.50 (there was no room on the other side).

While its immortality is guaranteed for centuries to come, America in its current form has barely been around for 250 years! What was our country like before those brave souls on The Mayflower decided to make their fearless voyage to The New World? Well, imagine a beautiful forest full of vicious, barking dogs; through many generations of ingenuity, we've pacified those pups and replaced most of the troublesome trees with the popular chain restaurants you eat at every day. But what was going on elsewhere on this planet before real history decided to start? Please learn in the following 600 words; no questions will be honored or humored. 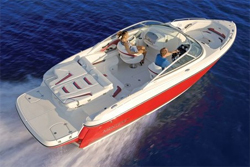 Fact: Both white and black people enjoy boating.Africa is where black people come from. If you've enjoyed the cocky antics of Will Smith in movies like Hitch, Lethal Weapon 4, and Malcolm X, you can thank Africa. Thanks, Africa. "And just how did those black people get here," you ask? Why, the same way white people did: on a boat! After just a little research, history can show us that we often have more in common with each other than we think.

Africa did not play much of a role in the world until it became the popular subject of books, like Tarzan, and movies, like Tarzan: The Movie. To this day, the adventures of that savage jungle man and his ape pals are treasured by children the world over. And they wouldn't even exist without Africa! 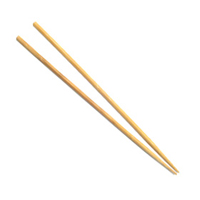 Asia is a massive stretch of land containing many cultures and much history littered with figures possessing names unpronounceable to the European tongue. The history of pre-America China is steeped in conflict, up until they built the Great Wall to keep all of the war out. This same industriousness can be found in today's modern gadgets; in fact, these hardworking people are so happy to uphold the traditions of their ancestors that they often fling themselves out of windows in sheer joy after a long day at the factory. But perhaps the most notable achievement of Asian culture is the invention of Chinese food; though the eating of Chinese food was not perfected until forks were made available at Chinese restaurants in -- yep, you guessed it-- America. Better luck next time, Asia.