The Playground Posse began as a way for a few children to make a few quarters during recess, but it quickly evolved into something dangerous. Children, some of them not even old enough to tie their own shoes, were killed among the slides and monkey bars after recess. Those lucky enough to escape and grow into adults will never forget what they lived through.

The founder of the Playground Posse was Bert Alberton, commonly referred to as "Ginger" by other members. 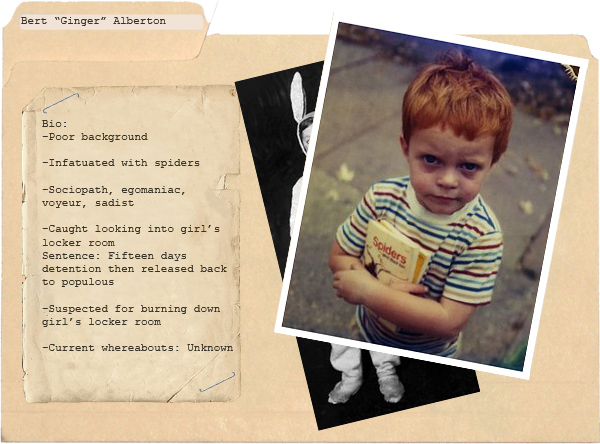 As the other children were frolicking around, Bert was known for quietly sitting in the corners and lashing out at any peer within reach. After school he would read about spiders and manipulation techniques. Despite his high IQ, Bert was extremely focused on the growing disparity between the wealth and himself. While everyone else had new clothes and toys, Bert was forced with hand-me-downs and ball-n-cup. In an effort to get some of that money, he began a gambling ring.