An Overview of the NBA's Secret Surveillance Program (Codename H.A.N.D.L.E.S.)

"Everything that has been said, and whatever details emerge in the coming weeks, the only statement I will make is that all action described had been briefed to and approved by the NBPA throughout the entire length of the program, and that this program has broad approval from both the Western and the Eastern Conferences." - David Stern, July 29, 2013

"Say what you will about this program, but know this: it is a slam dunk." - Karl Malone, co-head of the H.A.N.D.L.E.S. surveillance program

What is this surveillance program?

Although the program was initially created as a way to foster a better relationship between the players and the fans, the current program is a wide-scale data-mining and tapping effort in which the NBA, in collaboration with the nine major U.S. internet companies and phone-service providers, has access to millions of individuals' emails, photos, videos, documents and phone records.

When did this begin?

The program was created in late 2004 by Ron Artest (now Metta World Peace) as a way for him to improve his relations with the fans after the infamous "Malice in the Palace" incident in which he fist-fought an entire arena. With approval from David Stern, Ron Artest was allowed to get on the internet and browse various message boards and social-media websites to see what people thought about him. It proceeded in this function for three years, with Ron Artest compiling an .rtf file of all the comments made about him and forwarding it to, for an undisclosed reason, former Utah Jazz point guard John Stockton.*

*When Mr. Stockton was pressed for a comment on his involvement in the program, his former teammate Karl Malone appeared to set a pick for him, and Mr. Stockton was able to run out the door unfollowed. A few reporters allegedly 'caught elbows' during this ordeal. 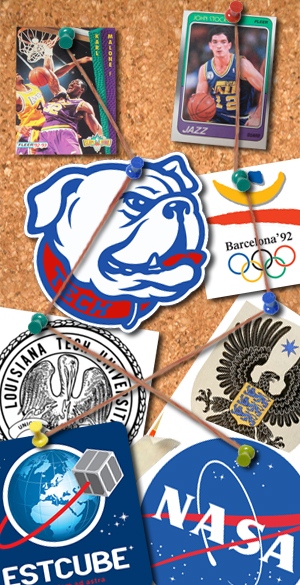 The exact circumstances are unknown. What is known is that late one night Ron Artest was at a nightclub event sponsored by WORLDSTAR HIP HOP. He was reported to have been acting "extremely Ron Artest-y" that evening, hanging out with WORLDSTAR management as well as his best friend, Detlef Schrempf. Shortly thereafter, WORLDSTAR surrendered all of its user information to Ron Artest. When NBA commissioner David Stern was notified of this, he attempted to restrict Ron Artest's internet access, but he was reportedly confronted for a cloak-and-dagger night-time meeting by John Stockton and Karl Malone, and shortly thereafter the H.A.N.D.L.E.S. program was founded.