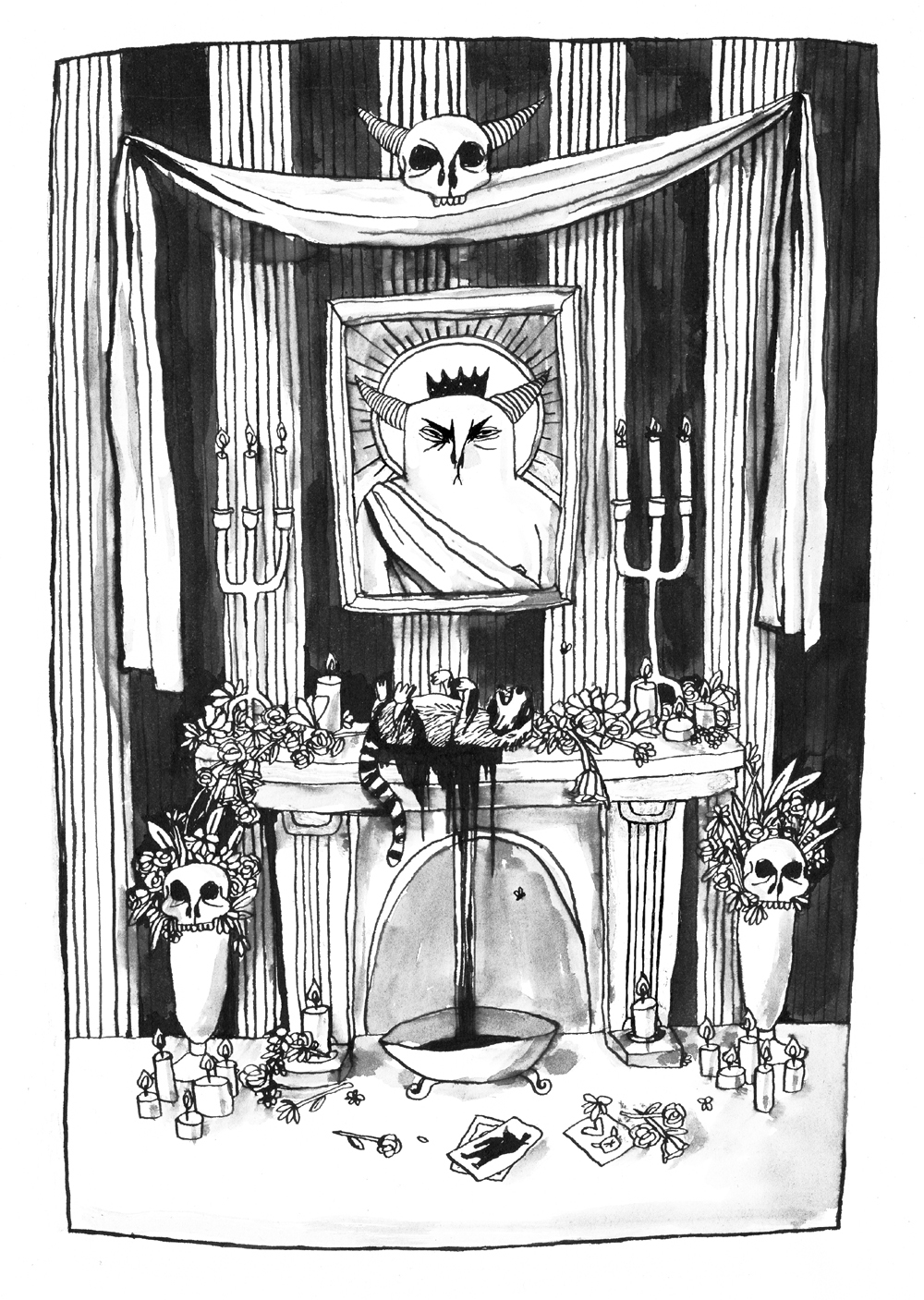 1) Will Golan kill me on purpose?

No. Though Golan the Insatiable's demigod status gives Him full right to kill every last one of us, He will not. He values your servitude.

2) Will Golan kill me on accident?

Most likely not. The Fist of Golan has a very solid survival record. Don't let rumors and gossip rule your life. Just cuz someone has gone missing doesn't always mean they're dead. Duh. And what happened to Robby Browning at Uptown Billiards was nobody's fault.

Btw, services for Robby will be held this Saturday at St. Luke's. His parents have completely ignored his wishes, as expressed to us by him, and they won't give us his body. But we'll be launching a funeral ship pyre on the Oak River afterward anyway. If anyone out there has a van or truck big enough to fit something coffin-sized in it, hit me up pronto. I'll tell you why then.

3) Will Golan kill my enemies for me?

Not yet. For now we must work within the requirements of U.S. laws and whatever. But eventually yes. Totally. Millions will die once Golan's true ascension is put in motion.

So get involved! Golan already has a Facebook page. You may pledge your subjugation there, or come by our headquarters anytime. History is written by the victors, and Golan eventually plans to forbid teaching any history that took place prior to His arrival on Earth two years ago. Don't get left behind!

Dylan
Mouth of Golan the Insatiable, Godlord Terrible of Gkruool, Crusher of Wills, Raper of All

Do you enjoy Worm Miller's signature brand of bullshit? What if we told you there were entire books full of it?! Check out the author that Publishers Weekly called "cavalier and distasteful" and "blatantly disrespectful!"