Even I Can't Believe I'm Not Dead 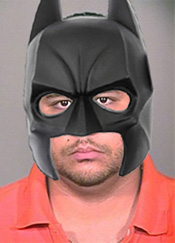 I'm Zimmerman.Boy, it sure has been one thing after another for old Georgie Boy over here. You'd think that after proving my innocence in a court of law, people would give me the benefit of the doubt, but these days you can't even fire a handgun at someone without them firing back! I don't think I need to tell you how different things were as recently as 2012, when a man could use lethal force to protect his community without being second-guessed. Not that I want to directly blame Obama's reelection for this state of affairs, but hey: Now that I put the idea out there, you go ahead and chew on it for a while.

It's been a while since I last checked in, and even though I've suffered a few scrapes, things are actually looking up for The Zimmerman. Let me tell you, that "to have and to hold" stuff may sound good on paper, but just try murdering a teenager, and you'll see how flaky the bonds of matrimony can be. Lucky for me, women looove bad boys. You think you're hot with your Yosemite Sam "BACK OFF" mudflaps, big guy? Well, my Wikipedia article says I'm best known for straight up icing a dude, and the ladies seem to appreciate that. Just last week, I had some foxy thing over to Casa Zimmerman for a screening of the Taken trilogy, and she only told me to stop cheering and whooping twice before leaving halfway through the second film--not that I blame her. Even I think that one's intense, and I watched a child bleed out on the sidewalk!

As a matter of fact, my OkCupid account has been blowing up since I left the Ice Queen, and even though most of the girls I encounter end up stealing things from my apartment to later sell on eBay, I'm meeting new people, and my life coach says that'll help me actualize my full potential. He sings a much different tune than the last guy, who wouldn't shut up about my "anger problems," even with revolver jammed into his temple. You want a restraining order, buddy? I'll tell you what I tell everyone else: get in line. I've certainly been keeping those paper-pushing pencilnecks of the "justice" system rolling in court fees these days. Lattes are on me this week, boys. 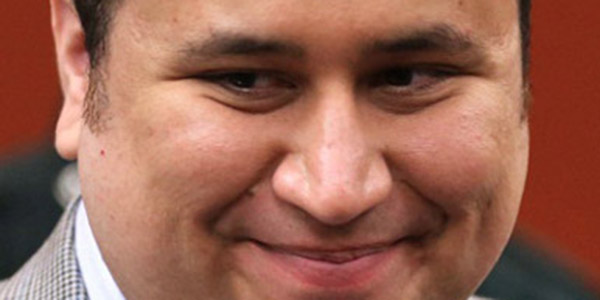 It's been a wild ride for old Zimzy these past few years--sometimes, even I can't believe I'm still alive. Whether dealing with thugs trying to make improvised explosives out of iced tea and Skittles, or putting up with road ragers who don't understand my gun gives me the right of way, it's hard to shake the feeling that I've always got five stars in this Grand Theft Auto known as life. With someone of my celebrity status, it's definitely hard to hold down a typical 9-to-5, but thankfully, special interest groups on the Internet have made it so my freezer is never low on Omaha Steaks.

And with their generous cash donations, these kind folks send me inspirational messages like "keep thinning out their ranks," which obviously refers to those who doubt my innocence. It's been a uphill climb convincing people these multiple felonies were just simple misunderstandings, but, on the positive side of things, my status as a martyr has brought me into contact with several prominent Conservative politicians, who are doing everything they can to show how I've upheld our God-given Constitutional rights. Except that David Duke guy--he invited himself over, and then he just wouldn't leave. Ironically, I wish I had a restraining order when he pulled out that book of historical lynching photos! Let's just say we as a people learned a lot about framing in the last 80 years. Yeesh.

It's been a rough few years, Zimmermaniancs, but I haven't been beaten yet. Shot at? Yes. But not beaten. Hell, I just entered my thirties, so a guy like me has nowhere to go but up! I've even toyed with the idea of teaching a self-defense course, where students can learn how to keep themselves safe from the scum of the streets from the safety of their cars. Our legal system may frown on citizens firing indiscriminately from their driver's seats, but, I ask you, what would any honest, hardworking American be doing just walking around outside? Every minute I'm not behind the wheel is a minute that Buick dealership is pulling one over on The Zimster, and I make sure to take up all of the bike lane just to make sure other consumers aren't falling for the same trick. Do I consider myself a hero? Yes. And if that NRA-funded biopic ever comes to pass, maybe the world will finally understand why.