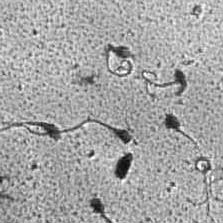 These tenacious little buggers will help you grow big and strong!Aside from a few ignorable fears like death and terrorism, life in the developed world is a pretty enjoyable frolic. We have clean water, mostly clean air, relatively stable economies, quick access to pie, and all the luxuries and amenities that come with being a card carrying member of civilization. Yet outside our serene pastures of endless opportunity rests a world of poverty, primitive tribes, and traditions that are rapidly decaying in the stifling air of the civilized world. In another hundred years, there may not even be a single bushman left in the world. The evolution of humanity is a juggernaut force pushing everybody towards change, including those whose lifestyles stand firmly against it. Although many of us may not live to see it in our lifetime, our children will one day live proud and smug in a world of exquisite taste and demeanor as dandy fops riding from one dinner social to another on hover skies. As much as I love a foppish dandy on hover skies, I rue the day the colorful eccentricities of this world are substituted with black and white suits, monocles, canes, and handsome well-groomed mustaches.

One group facing this impending cultural extinction head-on are the quaint Semen Warriors of New Guinea. I first heard about these illustrious and noble men while reading a post on the always educational Something Awful Forums. Immediately my imagination was ignited with wild fervor as I imagined tiny sperm combatants dueling it out in brutal birth canal Thunderdomes using any weapons they could get their tiny hands on. I'd later learn from a sex education teacher that I have grave misunderstandings about the miracle of life, and also that my perceptions of the Semen Warriors of New Guinea were very wrong. Thankfully there is this article that does seem to shed some new light on them: 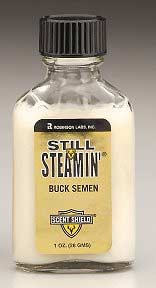 Some less than ethical semen tribes are known to take advantage of illegal performance enhancing varieties of semen. Common tribal law forbids such actions.That tells you a little about their fascinating and majestic culture. For instance, it tells you that they believe semen is a critical dietary supplement rich in Vitamin Manliness. They also believe that it's necessary to subject their male offspring to routine episodes of hot gay sex. This tends to differ from most modern ideas of child upbringing in that it’s the polar opposite and incredibly sick. However, they're another culture and their ways or different, so we must respect them, because they're another culture and their ways are different. As I said, this gives you a pretty good picture about the life and culture of the semen warriors, but it still leaves most of the canvas blank.

I wanted to do a lot of research so that I could give you all kinds of interesting facts about the Semen Warriors of New Guinea in an effort to sound smart and make you really truly believe the state had every right to give me that GED diploma, but goddamn, that requires book reading and I'll be cursed to a thousand hopeless hells before I do such a horrible thing with my precious time. There is one good secret to the mystic art of fact giving that I know, and that is that you really don't have to be an expert when we have such powerful constructs as common sense and ambiguity to fill in the blanks and dot the miscellaneous lower case letters of our humble alphabet. With that in mind, here are some other rare facts about the Semen Warriors of New Guinea:

The Semen Warriors of New Guinea did not give America the Statue of Liberty. No, that was the French. If the Semen Warriors of New Guinea did give us a colossus, it would most likely not involve a giant green woman holding a torch. This brings to mind a very interesting historical what-if scenario: how would the ending of "Ghostbusters 2" have been different? My goodness, I certainly hope that's ectoplasm spraying all over the place!

The current United States Secretary of Transportation Norman Y. Mineta is not and never has been a member of any semen warrior tribe in New Guinea or any other location.

The Semen Warriors of New Guinea's sperm, despite undergoing much more rigorous activities than ordinary sperm, has not evolved gills or the ability to move across dry land.

The Semen Warriors of New Guinea do not sleep in yurts but rather in huts or other equally primitive dwellings. Jehovah's Witnesses also never bother them.

The sperm of a Semen Warrior of New Guinea, once mature, does not burst through the chest and undergo a rapid metamorphosis into a hunter drone.

Even the most skilled Semen Warrior of New Guinea would probably find himself at odds if fighting a polar bear or ice dragon.

"Semen warrior tribes" are rapidly disappearing, due to oppression imposed on them by Christian European colonialists in the last 150 years. The "heroic homosexual" customs will probably vanish soon, buried under the inhibitions and scientific knowledge promulgated by missionaries and bureaucrats.

As most of you know, I pride myself on being an open-minded and thoroughly accepting man of considerable enlightenment. Like most of you, I can hardly sleep a wink at night knowing that these noble tribes of pederasts are coming ever closer to their final twilight. Plain and simple, we have to do something about this. Letting wonderful cultures based around barbaric sexual abuse rituals simply fade off into the sunset is not something we can let happen. That fate might work for cowboys or proud motorcycle enthusiasts, but not for dirty, dirty, honorable savages. Sure, it's easy for us in the developed world to sit back and hardly blink an eye at the suffering of far off people. You didn't give a single dime to Sally Struthers in her altruistic crusade to consume every starving child in Africa, and I don't expect you to give me a dime either. But you can help and you can make a difference! Yes, thanks too the wonderful new group dedicated to preserving this dying way of life. 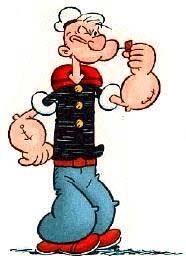 Could Popeye's love of strength and vitality giving spinach be a metaphor for the semen warriors?One of the gravest concerns facing the various semen tribes is that there will come a day when there simply aren't enough adults to supply the young. Without the semen they need to survive and grow, these children will remain weak, fetid, puny, and Pauly Shore-like until death, which without manliness, is always around the corner. In many ways this problem mirrors the mythological struggle of the hero Popeye who, without spinach, could not stand his ground against the dangers and thugs of the modern world. It's quite plausible that the rituals of the various semen tribes served as inspiration to the originators of the Popeye mythos. But I digress…

The goal of Helping Jerks International is to accumulate and maintain plentiful semen reserves, so that if need be, we can get these spirited youngsters the protein rich fluid they so desperately need to grow. With precious little effort on your part, we can quickly dispatch your donation to the furthest reaches of the South Pacific, and cram it into the input-output orifices of an eager child. With your donation, Helping Jerks International will mail you a picture of your adopted anus-son, as well as a certificate proclaiming your role as a sacred adopted anus-father that you can proudly display to your friends and family. In some regards, your contribution brings you closer to the semen warrior culture in such a way that you yourself could claim to be a strong and turgid semen warrior. Some men may settle for being a big brother to a needy child, and others may send pennies a day to starving kids, but you can one-up them all by sending life and manliness from the innermost sanctum of your crotch to the growing bodies of far off kids. Please do your part, for these children need you. More than that, the future of the Semen Warriors of New Guinea depends on you!

In reality I haven't started such an organization, nor am I sure it's legal to start such an organization. I also don't think I want my name associated with such an organization. But I do want to see a wonderful culture preserved, if only to provide an explanation as to why it's okay to wipe out native life and replace it with glorious advertising space and commercial development. I guess that creates a paradox, though, since you can't wipe them out if you need to preserve them to set an example as to why it's okay to wipe them out. Ah hell, I hate charity work even more now.