STATUS OF THE COLONEL 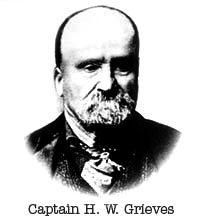 I am Captain H. W. Grieves. I have taken on the reins from P. B. Fouke, who now conducts business in another place. Soldier on though he did, it was the cold embrace of death that finally clawed him away from his work. Though he bested death and still lives, his wounds are such that he must take time to recover. As a matter of urgency, I will first address the complete status of the Colonel.

As of this publication, P. B. Fouke is in the care of his doctor and shaman, F. Gerald Thornton. This man disgusts me to such a degree that I long to smash in his face, hallow out his skull, and force rodents to defecate in it. Yet it is not my position to question him or his practices, as he serves a man of higher integrity. Should he fail to successfully treat that man, I will not hesitate to act upon my longings.

Thornton had been tasked with observing the Colonel for several days, and determined the ailment to be a brain tumor of great stature. The symptoms certainly fit, if one were to believe the illuminated manuscripts of the revered healers. The Colonel agreed with the diagnosis, asked to be treated and promptly collapsed to the floor.

I do not care for doctors and their so-called practice of medicine. The only medicine I require is a weekly bloodletting treatment, which I self administer in the form of hand to hand combat with murderers and rapists at the local penitentiary. Not even I am above a little philanthropy. Nevertheless, I include as follows Dr. F. Gerald Thornton's most recent dispatch. 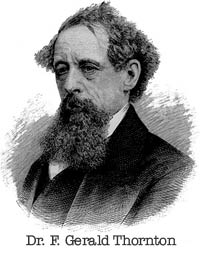 I performed the surgery. It went well. The customer, per request, was conscious for the duration. Courteous was he, polite and amiable. He joked with the nurse in a gentlemanly manner, commented on the finer points of the day's politic and regaled us both with stories of trapping expeditions gone by. Upon removal of the mass he remarked on its resemblance to one J. F. Swanton. A boisterous chuckle was had by all, and the wound was sealed. Customer now recuperates with a full recovery expected of he.

The tumor was easily the size of an apple, heavier than any rock and made of a material blacker than night itself. I could scarcely lift it. The pressure it was putting on the integral lobe of his brain must have been truly overwhelming. A more contented man he shall no doubt be.

May my signature soothe thee as well as my hands.
Dr. F. Gerald Thornton

You, the hundreds of thousands of trappers and shippers loyal to the Fouke Fur Company, can expect regular updates in the pages of the Trappers' Partner periodical and catalogue as to the health and well being of the Colonel. I am confident he shall heal in full and return to this post in due time. Until then, I remain determined to hold this outfit together come Hell or high water.