Welcome to Our Halloween Amusement Parks

Robots are the future. Maybe if we're lucky these bony beasts will rise up on their PVC pipe legs and kill us some day. Our hubris is demanding grisly murder by giving them evil faces. 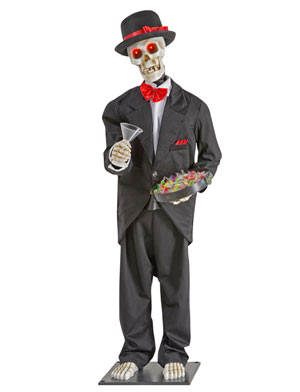 A skeleton with flashing eyes that hands out candy to children. Wonderful. Lure the kids into your lair with these Lovely Bones. 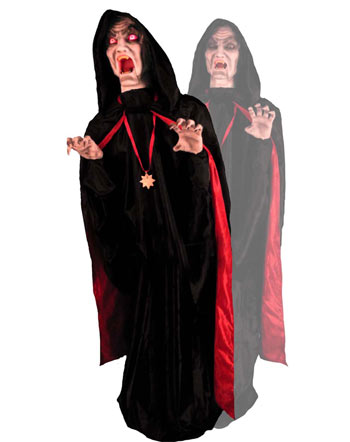 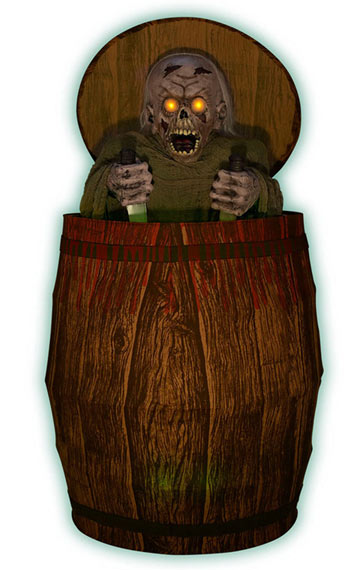 A knife-wielding undead maniac rises from a barrel. I'll take 8,000 for my haunted warehouse.


That's right, it's animatronic Robert De Niro from the theater scene of Cape Fear. Take down your hanging plant and pop this growler beneath your eaves. Hand out sticks for the kids to poke him. After a few prods remind them that he will remember their faces and follow their scent, just like the real De Niro.

Is this all it takes to turn your house into an amazing Halloween amusement park? What a stupid question. I'm disgusted.


You need 100,000 square feet of fake cobwebs to cover everything and an iPod with a playlist full of sounds of doors opening, women screaming, cats yowling, owls hooting, and the occasional Lee Greenwood track to remind everyone that it's Halloween in America, not France.

And the kids will love it, unless you're in one of the 99% of US cities, cowed by a legion of scared mommies, that holds trick-or-treating during the day, rendering the whole thing almost pointless.

The best part? Slap some red hats on all the animatronics, drop some potpourri into the fog machines, throw a Rudolph in a spider web, and swap out your playlist. You're good to go until like February of next year when the cops tell you that you're going to be fined for leaving decorations up too long.


Yep. A fine. Welcome to Obama's America. First they came for our fog-barfing tombstone robot covered in four months of bird crap and trash, and I said nothing...