How To Break Into The Video Game Industry 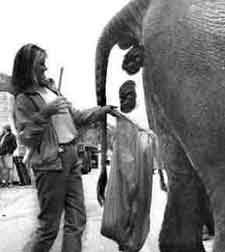 Here I am preparing today's update.Before we begin allow me to set the record straight about my last front page update. What many people didn't know about the update three weeks ago is that it was never planned. Many of you criticized my horrible, horrible, horrible, horrible, and horrible article for it's unfunny jokes, terrible grammar, and musky scent. But to be perfectly honest I did not have a lot of time to write it. Here's what happened. That Saturday night Greasnin was heading home from his school, Bovine University, and got into a terrible accident. He was minding his own business when, BAM, a well came out of no where and he fell into it. Greasy called up Lowtax on his cell phone and told him that he had become a well troll and would have to live in the well for at least three days. Panicked, Lowtax instant messaged me screaming, "SPIC JONES YOU GOTTA WRITE AN UPDATE FOR MY INTERNET SITE! MILLIONS ARE AT STAKE HERE OLD FRIEND!" It may have been the tight underpants speaking but I agreed and set to work writing the worst goddamn update ever posted anywhere. The Guinness people even contacted me to put my update in their book as breaking the record for "Worst Thing Ever". Three weeks later Greasnin has once again fallen into a well, the same well, and it's up to me to save the Sunday front page! Not at all content with the crappiness of my last update, I will now attempt to break my own record and write the worst update ever. Again.

Are you looking to break into the exciting world of video game development? Do you want to be a part of an ever-growing industry where fantasy comes to life and dreams come true? Well, go to college and learn how to do something useful because this article isn't for you. I'm here to show you how to get a job with one of the many game publishers whose sole line-up consists of games based on whatever movies are coming out soon. The easiest way to break into the game industry is to become a video game tester. Those of you who know what those crazy numbers and symbols mean that make Taki's breasts bounce probably already have a job as a programmer. Those of you who can dress yourselves probably already have a job as a producer. The rest of us poor bastards have to become game testers. My advice, should you be stupid enough to follow it, will allow you to become everything you ever wanted to be if those desires include things like poor, unhappy, and hungry.

If you are a frequent visitor of this website then Lord knows how many times you've been convicted for Class A felonies in your lifetime. Your arrest history, as impressive as it is, can only allow you to go so far in life. Even CompUSA won't hire you. And CompUSA hires dog shit, actual fucking dog shit. So what makes you think a giant heartless corporation is going to hire you? You see, despite the fact you'll be doing nothing useful at their company, game publishers want their game testers to be drug-free, tick-free, and most of all, conviction-free. The most important quality you can have when applying to any company is your ability to get acquitted of any and all charges regardless of if you really committed them or not. And in order to make them think you're a good employee you need to steal yourself an untainted past.

Identity theft is on the rise these days. It's as easy as becoming a manager of Best Buy and everyone is doing it. Every year 840 million Americans suffer from identity theft. The epidemic is so bad that the local swap meet is literally a grab bag of social security cards and driver licenses. Ralphs has buy two get one free on identities when you use your Ralphs club card. Gone are the days when kids traded Pokemon and Yu-Gi-Oh cards. These days the kids deal in passports and green cards. As popular as identity theft is these days for some reason the government thinks it should be illegal. And as I've explained already you aren't that good at getting out of accusations of serious crimes. But don't lose hope yet. Your old pal Spikker Jones has thought of another way.

Let's face it, people die. And when people die they have things in their pockets. Just like when you forget to check your pockets when you throw a pair of pants into the washing machine, many people forget to check Grandpa's pockets before throwing the dirt on his coffin. America's graveyards are a treasure chest of wallets, unused condoms, Blockbuster Video cards, and melted chocolate bars, and the key to that teasure is a shovel. And it's not like these people need that shit anyway. In fact, if I were dead I would be happy if someone could find a use for my crusty old social security card. It wasn't even mine to begin with! 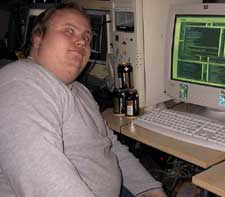 "I'm looking forward to working with you!"Step 2: Accepting the fact that you are going nowhere in life.

Let's be honest here. Only one out of a hundred people are ever going to make something of themselves. While a person could do amazing things with their life, you aren't going to be doing any of that so stop trying already. I can see an upside to this situation however, you'll get to test, sell, and buy things that other people much more creative than you or I have created. There wouldn't be the movies, games, and television shows we love so much without bloodthirsty consumer whores to get rich off of. Besides, even if you were part of that development process you'd only get in the way. Don't worry, it's okay. Stop crying. If I can come to terms with the fact that this update is going no where then you can handle this. Jesus, come on, stop crying. Stop crying or I'll give you something to cry about!

In order to write a successful resume you'll need a computer, a text editing program, a printer, and a bucket of lies. Be careful with that bucket though, it's heavy. Type a bunch of embellishing phrases on the keyboard, empty your bucket of lies into the USB port, and the computer will do the rest. Here's my resume:

Objective: To take shit from the man.

With a resume like that you'll be on the Fortune 500 list of wealthiest people in the world in no time. 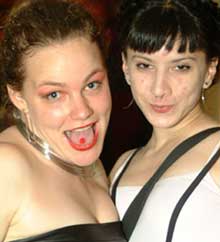 As a game tester you'll be getting more tail than a toilet seat. Unfortunately this is your tail.Step 4: Apply for the job.

Now that you have a resume and a head full of false hopes it's time to actually apply for the job. Find out which game companies have decided to set up shop in your area. Unless you live in California the answer is none. Once you have chosen a company to apply to simply head on over to their website and fill out their online application. Many companies have online applications these days because they really don't want to look at or talk to you. If you thought ignoring someone's instant message was easy, ignoring someone's online application is a thouand times easier.

If Hell is currently experiencing a cold front then you'll recieve a call from a recruiter who will schedule you for an interview. There are only two things you need to remember when interviewing for a game testing position.

After the interview is over they'll thank you for coming in and tell you that they will get back to you real soon.

I hope you've enjoyed my record-breaking update. Now if you'll excuse me, I have a ceremony to attend.