How To Succeed On The Radio 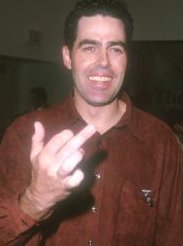 Shine on, you beautiful bastard!e forms of media, radio remains the last great frontier of free expression. Without the hindrance of the fascist normative ideals of the mainstream, a radio personality is allowed to fly wherever his coke-addled paranoid brain will take him. Talk radio, much like a child of two celebrities, is beautifully unsupervised and allowed to say pretty much anything without fear of reprisal or anyone caring at all.

Are you ready to move on a fast-track broadcast job? Are you interested in joining the only type of media given less respect than bloggers? Allow me to ease you in with a guide designed to give you your first wobbly steps down the long road of making shit up into a microphone at 3 in the morning.

Note: These tips are also helpful for success on television, with the addition of Appendix A ("10 Steps For Keeping The Body Odor Down") and Appendix E ("How To Not Be Startlingly Ugly For Someone With A Decent Speaking Voice").

When on the radio, everything you say should be shouted at the microphone as if it was hard of hearing and you were trying to give it directions at a gas station. If the people who are listening to the radio want your voice to be quieter, they can always turn down the volume. You're a hard-hitting rebel who doesn't need to worry about audio distortion or listener comfort. As a bonus, the slow destruction of your vocal chords will give your voice a gruff rasp over time that will add to your Everyman credibility.

To practice this concept, let's try a little bit of role-playing: You are face to face with a charming woman. She is romantic and European. Let's say she's French. And a princess. She's a French princess. She smiles coyly. What should your next move be?

If your answer wasn't to lean uncomfortably close to her and start a rant about how visitors from countries other than America should immediately make some sort of travel arrangements to the country of their birth with a vocal volume usually reserved for testicle electrocution or the kind of sex you would have received from the French princess if you hadn't yelled at her, then it may be time to consider alternate career options. There's no place on radio for pansies or people who get regularly laid.

Tip 2: Never Stay On The Same Subject For More Than Ten Seconds 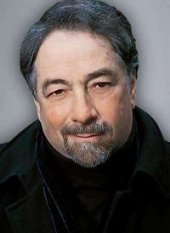 In radio, it's important to think of logic as your enemy. You are playing Ping-Pong with logic, and logic is glaring at you from the other side of the table. The moment you talk about any subject, logic starts to wear you down. It won't be long before the little plastic ball goes flying past you and you have to go look for it under the couch because you were the one who missed it. Sometimes it will have rolled all the way behind the vending machine, and you'll have to spend a few minutes trying to push it away from the wall. The ball will be dirty by the time you find it, and you will have to wipe it off with your shirt.

The best way to prevent this is to never stay with any argument long enough for its illogicality to become noticeable. It's like you're constantly hitting corner shots at logic, and logic is having to spend so much time diving for them that it never has time to start scoring any points. So you've started a rant on why the Death Tax is unfair, but all you know about the subject is that anything people call the Death Tax can't be good? Quick! Use the word "tax" to segue into a defense of some local city tax no one has heard of! Now unexpectedly bring up some unrelated conflict from years ago, like Iran/Contra or the Clinton Impeachment! Great job! Logic didn't stand a chance.

Tip 3: Callers Are Important Sources of Feedback and Information

Just kidding, of course. Callers are there to be ridiculed and ignored! As a radio host, it is your duty to dismiss any point a caller brings up, no matter how valid it may be. After all, if they're so smart, how come they don't have a radio show? Think about that.

The point here is that the moment you respond to anything a caller brings up, you are acknowledging that the topic is worth considering. Even violently disagreeing with them is risky, as they may have some pesky fact or statistic that would, for however short a time, force you to backpedal. This is an intolerable affront to your authority.

The best way to handle this is to rant about an entirely unrelated topic after each caller speaks. The less it has to do with their question or comment, the better you are doing.

Caller: I just think that maybe adding a tax hike to the bottom 5% income bracket in order to pay for a Congressional swimming pool might be wrong.

You: You know, this is the kind of Marxist thinking that's sending America down the drain! Here you are, just assuming that the money is paying for a swimming pool when they clearly told us that it is going to lower income housing!

Caller: Yeah, but the actual text of the bill says "We are using this money to build a Congressional swimming pool and not, in fact, for lower income housing like we are telling everyone in the news."

Caller: I just think that maybe adding a tax hike to the bottom 5% income bracket in order to pay for a Congressional swimming pool might be wrong.

You: I was talking to my grandma yesterday and JESUS CHRIST did her breath stink. So I said to her, "Can't you get some kind of new toothpaste to handle that?" and she slapped me. Can you beat that? Just slapped me right on the face.

You: So I slapped her back. Makes cartoony slapping sound effect.

Tip 4: Say Something Racist At Least Once A Week 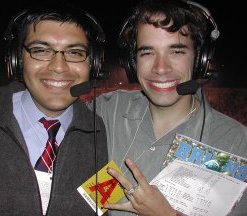 So go ahead: Tell the world what you think about the Chinks cheating good Americans out of their educations. Explain just why you think that Niggers are looking through your mail. Give a detailed analysis on why Ranchero music is proof that Spics aren't quite human. If anyone questions your right to say things like that on the air, attack them for not having a sense of humor and being too caught up by corporate media to understand satire when they hear it. Then complain to your friends off-air about the fucking Jews trying to keep you down.

The trick here is to make these comments sparse enough that no one is ever sure whether you're joking or not. You want to take a stand and give the finger to authority, but not to make any stand real enough to lose your airtime until you retire. Speaking of which…

By this, I don't mean never stop being on the radio. In fact, by the time you hit your mid-forties, it is time to start thinking about ending the show. But retiring is exactly the kind of corporate sheep behavior you've ranted about your whole career. It's no way for a rebel like you to go out.

In the end, the single most important piece of advice I can leave you with is this: Shame and you must not be on speaking terms. Never doubt anything you're going to do and never second guess anything you've done. If it is physically possible for you to do it, and it creates some kind of noise that can be broadcast, then it is absolutely fair game. Your duty is to free expression, not to your listeners, no matter who they are. If they don't want to listen, they can turn off the radio. And if those goddamn kids had just done that before I had even started anointing the chickens, that gold-digging mom would have had her case thrown right out of court.