A Trip Down Hard Drive Lane 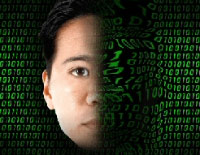 Back in the days before anyone cool liked computers, men who were quite obviously secret agents and guerilla warlords would spend their free time writing text files explaining their best tricks for bringing down the establishment. These files would then be traded in secret hacker powwows and passed from BBS to BBS in an attempt to remain one step ahead of the government's brutal henchmen. As far as I can tell, not one of the brave data knights was ever caught - a testament to their cunning nature, or more likely, Uncle Sam's indifference to files telling people to "put stink bombs in your teacher's jacket."

There are still some places on the Internet where such files are available, but over the years most of them have been lost to things like hard drive crashes, natural disasters, and shutting down the computer before Windows says it's okay. While cleaning out my closet last week I came across an old hard drive and found one of these files that I'd like to share with you now. You should know that many of the activities listed here could have very dangerous consequences, so don't attempt anything you read here today.

You'll just keep on scrollin' if you know what's good for you, which isn't this, the thing that isn't good for you.