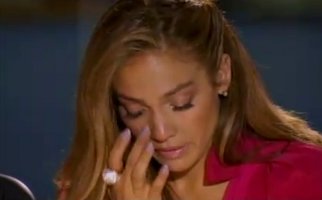 Tens of thousands audition for American Idol every year, but the only contestants that matter are the ones with A Story. Having A Story means that you have faced some sort of difficulty at one point in your life (unlike everyone else) and therefore deserve a prolonged tearjerker video segment along with a greater chance of winning a singing contest.

If you've gone through very little adversity in life, don't be discouraged from auditioning. American Idol is spectacularly liberal with its interpretation of what constitutes a hardship. Print this article out, place a check mark next to at least one emotional challenge you've faced in each category below, then hand it over to the show's producers.

Don't hold back. With each hardship you check off, you greatly increase your odds of having the following elements added to your intro video: slow motion, a shot of the sunset, sad music with piano/cello, family members crying.

[ _ ] Born into a middle class family, only got most of the things I wanted and never stood out from the crowd like the lucky poor kids

[ _ ] Born into a rich family, no one saw past the money to the real me, hiding in my money fort

[ _ ] Born in a different country, parents realized it was inferior and moved to America, where freedom and dreams were invented

[ _ ] Never born, still working out the issues stemming from that one

[ _ ] Born in perfectly normal circumstances, but the doctor said I'd never sing, because that's something doctors do

[ _ ] Born with an innie belly button

[ _ ] Parents divorced, I had to stay with my Dad every other weekend away from my Nintendo

[ _ ] An adult told me I'd never make it as a singer, and I have no evidence to suggest that he or she wasn't a doctor

[ _ ] I went out of my way to dress and act differently, encountered reactions from people who don't understand that I just gotta be me

[ _ ] Had a crush on someone, never did anything about it

[ _ ] Kept getting taller well into young adulthood, never felt like I could buy good ten-year pants

[ _ ] The world didn't understand how special I am, so I had to get an ordinary job

[ _ ] The doctors said I shouldn't have a child because of some mumbo jumbo, but I had faith and emotions which let me see the situation more clearly than them so I had a baby, that baby is fucked up and now I need a lot of money to take care of it - I know God is on my side here

[ _ ] I'm special, but no one in that nebulous sea of less-important "other people" believes in my superiority

[ _ ] While I was walking down the street, a passing doctor scowled at me and declared that I would never sing

[ _ ] Attempted to muffle a fart by pressing against my chair, but the solid surface only served to amplify the sound

[ _ ] Fell into a vat of boiling plutonium, burned my whole body but not my vocal cords

[ _ ] While making coffee, went to put the milk away in the fridge but put it in the cupboard

How Winning A Singing Contest Will Turn Things Around

[ _ ] Having lots of money will make things perfect, and the family members that put us into a terrible financial situation due to their addictive personalities will be fine, without having to address their problems in any meaningful way

[ _ ] I will be able to show the world that you can overcome anything as long as you sing really well, unless you're one of the people that I beat, or are part of the 99% of people that live unremarkable lives

[ _ ] The American Dream will be kept alive as I make a portion of the money that the hosts, executives, and record label take in from just one episode

[ _ ] Everyone who doubted me will be proven wrong, everyone will finally care enough to fill this hole in the core of my being, and it will play out like the scene in A Christmas Story where Ralphie returns as a blind man and his family begs for his forgiveness