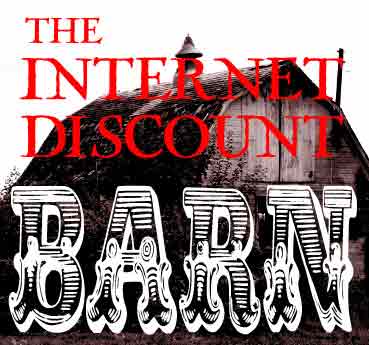 Looking for HOT DEALS on SCORCHING merchandise? Welcome to the Internet Discount Barn’s spring cleaning FIRE SALE! That fine bonny barn of ours is engulfed to the rafters in ravenous fire, and we’re fanning the flames of savings with the bellows of limited-time megadeals. You’re not walking out of this one alive!

Need we remind you that the Internet Discount Barn, established in 1994 (just one year shy of our 14th anniversary! Olé!) has long been your hottest sources for the best deals on the greatest merchandise anywhere! We literally bend over backwards to find the hottest merchandise, and then add insult to injury by offering our wares at humiliating prices! We’re getting played for fools by our own BIG DEALS!

What cruel soul invented this nightlight? We don’t know, but we’re passing it on to you at an incredible discount! The No-Sleep-Um Nightlight works a little TOO well, if you ask me: conquer your child’s fear of the dark by replacing it with a healthy fear of nightlights! This high-tech, Haitian-designed, extremely unfriendly product casts menacing red light and scary monster shadows all over your child’s room, emits a horrible, piercing scream every half hour, and sometimes pops out of the outlet and crawls around! I took one home to test it, and I found unexplainable marks on my daughter’s neck. I didn’t see what happened, because she lives way out in the guest house, but I think I can imagine! Get this damn thing away from my family! Our stock manager has a hunch that it can think!

$50 for nightlight in sealed box, hopefully forever. Stop hurting my daughter, evil light, and start being a part of our savings! 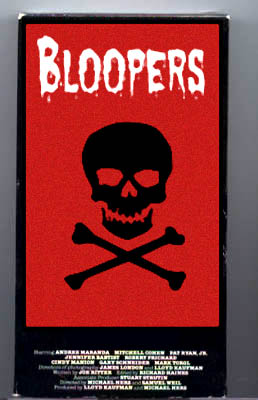 Boy howdy! We have six hundred copies of this classic VHS cassette of great American bloopers! Released by Dark Moon Video in 1985, this classic reel of zany boners contains some of the most hilarious footage you’ve ever seen: animal vivisection, graphic sex-change surgery, tribal mutilation, police shoot-outs, live newscaster suicides, barbaric Indonesian exorcism rites and much, much more! Obviously rebranded “Faces of Death”-style “mondo” cinema, spiced up with lively “slapstick” music and spinning graphics that say hilarious things like “whoops,” “what a spill!” and “BONER!” Banned in sixteen countries— even Italy, where life is cheap! You know what’s cheap in America, though? Laffs & chuckles! Enjoy these boners in your home.

$5 per tape. We won’t sell ‘em to Native Americans! It might give them ideas!

If the Internet Discount Barn stands for one thing, it’s SAVINGS— and it does! If we lived in a perfect world, the Internet Discount Barn would stand for two things: SAVINGS and QUALITY. Look around you, though: famine, high prices, youth wargangs, brothers killing brothers… the world ain’t perfect! Take comfort in the fact that some things never change, and those some things are our commitment to SAVINGS and good value. To bring you such astounding savings, the Internet Discount Barn often takes the philosophy that one man’s trash is another man’s treasure. So, on that same token, doesn’t it follow that one man’s medical waste is another man’s medical supplies? Add a little boiling water, and these syringes, broken thermometers, used bandages, and discarded appendages will be good as new. And so will you, when you bung your various leaks with our value-packed bloodstained gauzes!

Scream all you want, we won’t be persuaded to charge a cent more than $3.99 a pound for this wonderful waste! 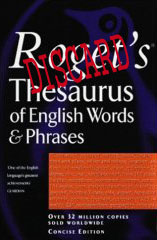 Looking for not quite the perfect word for that special occasion? We’ve got fifteen hogsheads of irregular Roget’s Thesauri to unload on the downcheap! Fine printing, bound perfectly, and contains many of the same words as the proper store-bought copies. Synonyms range from nearly correct to bewildering to patently racist or offensive. Sick joke of a former Roget’s employee, or the controversial book that the English language didn’t want you to see? You be the judge. We’ll stick to judging the SAVINGS, which in our judgment are quite good indeed. Buy two, and we’ll throw in a copy of Bartlett’s Misattributed Quotations, including such classics of misattribution as Andy Rooney’s widely-circulated “why I hate blacks” e-mail forward. Le bargaine spectaculaire.

Did we mention it’s cheap? Not recommended for academics. $1.40 each.

And remember, it wouldn’t be a FIRE SALE unless a few of our products had light to medium fire damage.


Got forks with missing tines? Buy our tines and save. We were curious as to whether the word “tine” could be used to describe anything besides the prong of a fork, so we looked it up in our thesaurus, and apparently it’s roughly equivalent to the word “spic.” Get these spics off our hands! Ten cents a dozen!


Aberrant miscreations from the minds of someone(s) far sicker than we. Combinations of multiple animals made one; apes with the heads of eagles, ignominiously posed in the eternal rigors of vicious sex acts. Awful to behold. Some pieces are animatronic, and we admit that the zebra with the spinning penises is funny to us after a few beers. Loosen up, enjoy these awful things. Life is short, and when you die, some Colombian is going to put your arms and legs on the torso of a sun bear copulating with a flayed sloth, and then it’s going to end up in our warehouse and make us uncomfortable for a few days until we get desensitized to it and realize how funny it is. 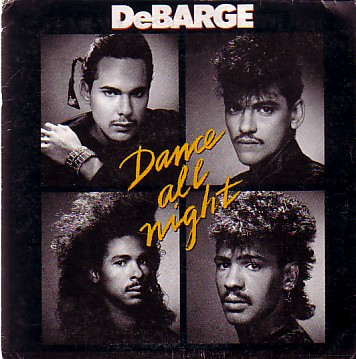 Imagine our true delight when we were shipped a six foot cubical wooden crate with the word “DeBarge” stenciled on the side. Does it contain members of the 1980s R&B dance-pop group DeBarge, or merely several hundred pounds of their LPs? Our shipping manager wouldn’t let us open the crate, because if it contained live (or dead) human beings, we might be in big, big trouble! We did our best to ascertain the situation of the crate’s contents by exposing it to a gauntlet of trials, including vigorous shaking, freezing, loud shouting and knocking upon the box. Occasional faint response suggested presence of living things inside the box, but this was weeks ago. Consider it a mystery grab bag! Packed with value; moderate fire damage, slight Jheri curl smell.

Hey, what the hell, crate is free if you pick it up from our warehouse and sign a waiver stating that you didn’t buy it from us and you’ve never met us.

We hope you’ve found a bargain worthy of our good name! Our fire sale has cost many lives here in the warehouse, so do our grieving widows proud and partake in our hot deals today, before they all burn to cinders!