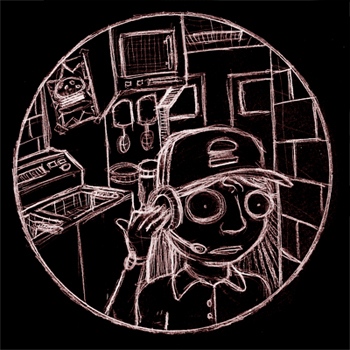 I work in a drive-thru. It's an okay job except for the one time my headset fell in the shake machine. When I took it out, it was picking up weird voices.

I told my manager Gerald. He said to change the battery and then went back in the office to do more coke even though he was trying to kick.

To some people monsters aren't as shocking as to others.

At first the monsters talked only in short sentences using the words "First window," "Cheeseburger" and "Number One Meal." After a week, they knew all the meal numbers. After two, they were telling me the secrets of the universe. 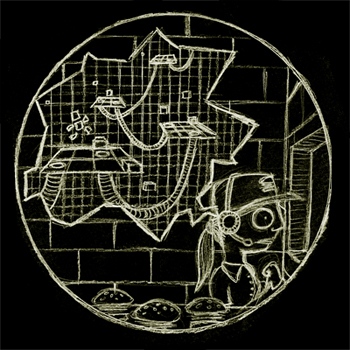 They said that time is like a level in the video game Crate II: It's a series of rooms connected by various paths. Except unlike Crate II, which has one or two or ten paths, it has infinite paths. Humans always choose the straightest path, out of pure laziness. We want time to be a tidy three-act play, like the panel/first window/second window setup of the drive-thru.

After a month, I had to tell someone. Besides Gerald, my coworker and best friend Yardley was the only person I could trust. He believed me, but he didn't understand the time analogy, so to illustrate it I made a Crate II level where every room had teleports to every other room.

Out of boredom, I also posted the level on the Internet. Most people hated it, but a few loved it and said they connected with it like no other level. I decided to make more.

"Sometimes it seems like you'd rather make Crate II levels than be with me," Yardley said one day.

"I'd rather do both," I said. "But making levels takes time. I'm still struggling to find my style." 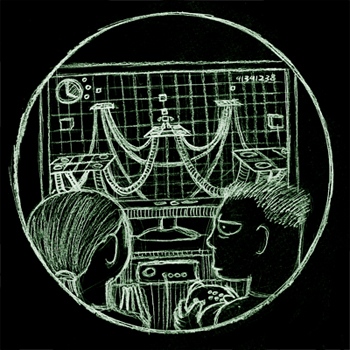 In truth, I was agonizing. Every morning I'd wake up afraid to face the angry white lines of the grid. I wanted to tell Yardley, but it seemed like the sort of thing I should tell only the monsters. I turned on my headset, but it was tuned to a different channel. It sounded like the drive-thru, except everyone said "I'm miserable and want to die." I realized I was reading customers' thoughts.

Yardley walked by the panel and was thinking about transferring to another restaurant. 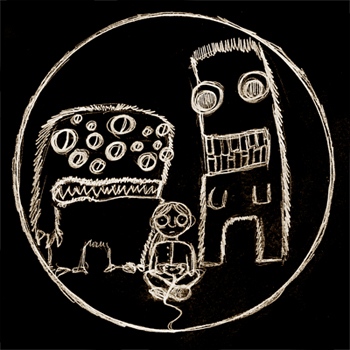 That night, two monsters appeared in my room.

"We're here to kill you for sharing our secrets," one said.

"It's a game. You said it's analogous to time."

"That was a vast simplification. Your 'Crate II' is nothing like time; it's just the closest thing in your head."

"Can this lecture wait? I'm aligning a crate texture." 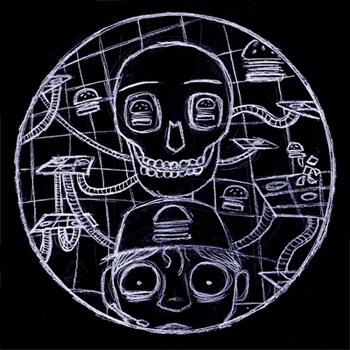 The next day, Yardley invited me to his new apartment. I said I couldn't go because I had to work on my level.

"Fine, then I'm transferring to another restaurant. But first I'm going to go home and cry."

"Me too. My latest level got 2 of 5 stars at Ned's Level Reviews. I worked really hard on it, but it still came out poorly. Is there a word for that?"

His lack of sympathy for my level-designer's block angered me, so I threw a cheeseburger. It hit him on the shoulder and fell to the floor. I thought he'd start cursing, but instead he picked it up, put it in the trash and walked away.

To some people monsters aren't as shocking as to others.

Thanks to Ian @ Fused Muse for bringing the monsters (and Crate 2!) to life! See/read more of his SA work here.