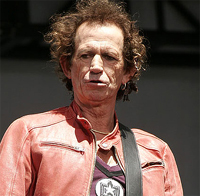 Skip Stetson was a normal 11 year-old - normal that is, until playing one too many T-rated video games drove him completely over the edge. Yes, society learned too late what a little “fantasy violence” could do, and by the age of 12 Skip had consumed enough paint thinner to make him haggard enough to enter most disreputable bars. His parents did nothing to stop him, and it took Skip’s father over half a year to realize the old man he spent every night drinking with was his preteen son. This consequently made their constant joint effort to search for closing time bar poon much creepier, and also incriminating, as Skip clearly had some kind of link to his father’s wife. Skip’s drug and booze-induced binges continued without protest until he loaded up on PCP and chewed a hole in the side of his dad’s prize-winning rowboat. This was the last straw.

Those familiar with A&E’s Intervention know that addicts who are “fucked up beyond belief” (using the terminology of the DSM-IV) pose a certain problem. Using normal spoken language to try to convince someone of their wrongdoings is nearly impossible when they’ve tripped so much they see everything in Melty-Vision and hear everyone’s voices as if they were being filtered through one of those vocalizer things where you can make it sound like your electric guitar is talking.

This was one of the few occasions where Jeff allowed an Intervention to take place in the VanVonderen Hall of Mirrors located in VanVonderen Castle in scenic VanVonderania. Skip was locked into this 3000 square foot mystery-maze and forced to wander through it as the floating holographic head of Jeff VanVonderen would intermittently appear and state, “There’s a lot of people here who just love you like crazy.” (which is the second VanVonderen catchphrase) After hours of wondering, a still-high Skip found the “exit” which, to his surprise, led him to a massive theater-like room where he was then forced to watch hours and hours of Quentin Tarantino speaking. This weakened Skip so much that he agreed to spend 9 months in rehab, and he also pledged complete loyalty to VanVonderania and support of their eventual war against the United States. 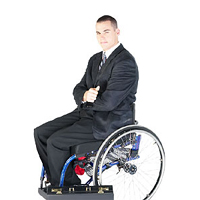 Born without legs, at the age of eight Dirk Randolin – through sheer determination – simply willed them into existence. Although these legs didn’t work and were somehow composed mostly of sawdust, his showing of indomitable spirit was just the first of many actions that pissed off Dirk’s friends and family. Money, women, dog ownership; it all came so easily to Dirk. Why was it that his able-bodied friends and family faced problems with bill payment and successful foreplay while Dirk was famous for both of these things? He had to be stopped.

If you’re new to the concept of interventions, then at this point I have to explain that they’re mainly bitch session for people who have had to clean up after addicts who’ve shit in their bathtubs, or on their sleeping grandmas. Jeff VanVonderen used this strategy, and assembled 300 of Dirk’s closest friends into a nearby auditorium to read their “You have affected my life in the following ways…” laundry lists. To many, this seemed excessive. But only a fool would question a VanVonderen.

Luckily for Jeff, Dirk’s aide was easily bribed and the crippled wonder soon found himself under a spotlight on a raised podium. Cleverly placed cinder blocks prevented Dirk’s escape as victim after victim of his successful ways told him how they felt sick of Dirk making the most of what he had. As the lists were read, Jeff VanVonderen stood at the back of the stage, feverishly rubbing his hands together for the hours it took for everyone to have a turn. Just as the last person finished and left the stage, Jeff placed his steaming hands on the legs of Dirk. Bolts of blue lightning tore off the roof of the auditorium and flowed from the hands of VanVonderen into Dirk Randolin’s lower body. When the smoke cleared and the crowed parted, Dirk was standing and possessed full use of his legs.

Thanks to Jeff VanVonderen, Dirk Randolin is now a completely unremarkable fully-abled and highly successful white male. Some may view this as a cruel fate, but those around Dirk appreciate no longer being upstaged by a gimp. 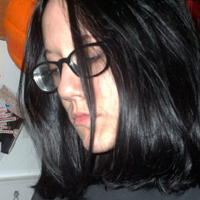 Don’t you slam that door on your daddy!!! Young lady you will come out here and eat dinner with your new stepmother and you WILL DO IT NOW!