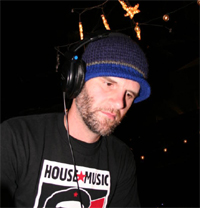 Sure, it’s cute to try and remember what Moby was famous for - aside from being a more compact version of Michael Stipe - and yes, someone singing “What is Love?” at karaoke night is worth a tiny grin and a small amount of salty bile rising in the back of the throat. But when someone carries techno out of the realm of novelty and into everyday life, it’s time to “throw down the Vonderen,” as they say in Jeff’s home country. Chip Matterhorn reached a personal low when his friends discovered him humming a song from Dance Dance Revolution in public; they did the only natural thing and beat him savagely with no remorse. After the brutal pounding, Chip was brought to the emergency room at a nearby hospital where he discovered not a helpful doctor, but the unforgiving face of Jeff VanVonderen.

Now, Jeff VanVonderen has two trademark lines meant to speed the intervention up and quiet junkie dissent. And so he whipped out his, “They’re gonna say what they’re gonna say, you’re gonna say what you’re gonna say, and then we can all get out of here,” while a critically injured Chip Matterhorn listened on as sobbing friends talked about horrible mix CDs he made them listen to. During all of this, a shirtless VanVonderen played the Mortal Kombat soundtrack and flexed his shoulder muscles in rhythm to the pounding beats and “FINISH HIM” voice samples. Although he agreed to treatment, tragically, Chip Matterhorn died of a brain hemorrhage; Sweaty Pines Rehab Center did not have the skills to cure Chip's massive beating-induced head trauma.

Also, it turned out that Chip was a fan of house music. But who cares, really? 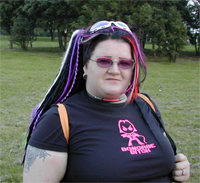 Debbie “Jib-Jab” Scallops was the night manager of a branch of a successful hot dog franchise when she discovered she could be different! Unique! And wear “edgy” black T-Shirts with white text on them which states just how different the t-shirt wearer is from those who choose to wear different T-Shirts! Her “I see dumb people” shirt offended a hot dog patron so much that Debbie was demoted to “assistant backup night manager” and eventually “second string mop bucket.” Stinking of rancid water, Debbie threatened her only friend – patient landlord Mohammad Qassemzadeh – with the prospect of constant Invader Zim marathons under a newly purchased Napoleon Dynamite throw blanket until Mohammed could take no more. He did what any sane immigrant would do: climb the nearest mountain, and blow a foghorn six times, as is standard operations for summoning Jeff VanVonderen.

Jeff swooped out of the night sky on one of his many personalized hang gliders, and together he and Mr. Qassmzadeh conspired to trap Debbie Scallops in the break room of The Meat Tubery, where Debbie could be found on most work days scraping the underside of her toenails with a spatula. But it was here that Jeff VanVonderen’s plan could have fallen apart. Debbie had no friends, and her landlord was not fluid enough in English or compassion to inform her of her problems! So Jeff had to resort to his old Delta Force tactics; when Debbie entered the room, he placed his immense, craggy hands around her throat while pushing her into the drywall over and over and repeating, “STOP IT. STOP IT. STOP IT.”

Now, this would have killed an ordinary woman, which is why Debbie died. But being the resourceful thinker that he is, Jeff quickly changed into a time mage, spent enough Job Points (JP) to learn the “BackTime” skill, and then changed into an Interventionist once again. Revisiting the situation, Jeff applied less pressure, and an unconscious Debbie was carted away to the proper deprogramming facilities. Was it magic, or simply VanVonderen? Sometimes, these two words are synonymous.