BY JEFF K!!!!HO HO HO teh time is hear once again for us to takes a looks at teh games that are hitting the shelfs!! OF STORES!!! They crops up all throughout stores and see what si worth buying and what should go strait into the sea of pearils. I have teh spirits infestering in my hat for the seasons to be vary jolly! This elf has protable powar only dont call me an elf because I pusshed JErry down a flight of stairs for calling me an elf. Thas what he gets for unleasheing my raw potential onto the gameing pubic!!

Last yaer I want to teh mall with Jerry and Jerries mom LINDA and we saw Santa Clawes and he says "wait in lien for a picture with santas and his merry bands of elfs"! IT is for fagots so I sad no thanks to that deal Mister Moth! Jerry is a fagort so he has to see santa and sit on his magic lap to grant his three wishes. Most of the kids ar esmaller tehn Jerry and me but his mom is very happy to see us in teh lines so I said "who are you to tell us how to lives our lives!?" I dont think she heard me though because we waited inline anyway and when Jerry got to Santa he started crying just like I knew he would. Its liek with teh pumpkens we made for Holloween that he made his of Vegeta and I made mine of Charmararanders! How could they compete!?! IT WAS A WINNARS CIRCAL, HANDS DOWN!!!

I sat on grizzly santas lap for Jerry and his mom even tough Jerry was crying in teh pictures teh elf is taken of us!! I told satna I wished he didn't try to jump up teh Holiday butts as much as he has been known to do! SO JEFF K WON THAT ROUND, BABEY!!!

I have installed maney games on my computar loately and tehy are the holidays games. Some arent working correctly but hold youre huskers and take one thing at a time! I am a proofessianal computar hacK0R so I know my bisness here, BLOCKHEAD!!! 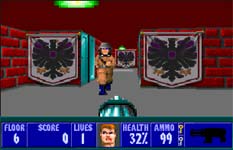 I couldnt take a picture in the game so this will have to fill your cup for today!!!1Thes game si promased to be a hit for magic and it comes from the glory hounds at ID gameing!! And John Romereo was tahnkfully not involved in teh process so no frogs to ruin my days!!!!111 I was intrigued by teh game which is during the big war in Italy. You have to catch pieces of pizza like in teh game Food Fight for teh Atari Lynx which is for littal bugs. Everything in this game is destructionitable like in Red Fraction!! I can blows up teh chairs and teh maps and all teh pictures of Halter to my hearts contendedment.

I had some problams installing this on my computer because its so fast the intaller bars went all the way off to the side. It was so fast i thougth it might catch on fire from fraction!!!1 It didn t and soon I am shootings at all of the big bosses and teh speers of destiny are at last in my grasp.

Pros: I gets to ate teh meal just like gauntlets so it brings back teh memories of yesteryear. Halter was a bad guy to top the hats of all teh bad guys in hisstory. Even Megatron!

Cons: Teh installer probalms with also causing my super computar to go into conniptions becase it si not used to thinking down to teh common mans leval. WHY ELSE WOULD YOU SAY I HAVE A MEGARAM OR BITS PERHAPS??? Also teh zombies were good but where were the mummies I have came to except from qaulity gamess everywar?!!!

Verdict: I gave thsi one 4 stars out of 6 because it si good despite the bugs which were caused to my computar. I had to spray it down with teh fly sauce!!!1

Sid Mayers si a vary famous professianal indeed!! He has a bunch of silly girls who wait for his every game and tehy throws the pants at him when he comes out of teh tour bus. GIRLS ARE FOR FAGORTS!!!111 Teh only game I have played by Sid Meyers is Gettysburgars wich was not very fun at all. You had to march to the left and to teh right and march up and down and there was no telsa coil or nukes or attic dogs. Sometimes you shots teh cannons and it was not vary good. Jerry had this one on his crappy computar and it was too old to even run on mines even though Jerry told me to install it. Jerry also had teh sequel which is Cid Meyars Vietnam which is teh same game!!!1 Still not telsa coils!!!

Pros: Jerry is a fagot!!

Cons: I didnt buy tehs game because Sid Mayers does not have a track record in the field. I am not parting with my allowance for his bunk!!1

Vardict: Out of six I gives this one teh big horshoe! Thats cowboy talk for zero! 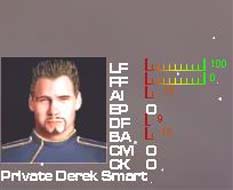 Its Doctor Smarts makeover studios and you can give him a beard and a nice hat!Where si it professor smart aleck?!

Pros: I dont have to give teh bugs to my computar because it is not out as of this articals date of writing that I wrote it on today.

Cons: One time in math class I had to go to teh board to solve a problem and I didnt know it because hax0ring doesnt use maths. So I wrote MR. HAMPSON SMOKES MAN PIPES on teh board and he gave me democrats!.

Vardict: Keep it comin bub, you got a long way to go! And watch out for flying in planes Derek Samart, because THEY DONT HAVE MUCH HEADROOM, HAHAHAHAHAHAHHAHAHAHAHAHAHAAAHAAAAAAAAA!!! 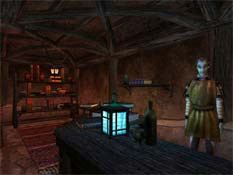 Don't trust the blue elf he has teh tricks up to his sleeves!!!There si a big buzz but it is all delays delyas delays for this bag of turkey! I am so sick and tried of being sick and tired! The delays are making me sick and tired! Thsi game is like crashing festival of light called Daggarfall which was running on my computar just fine until today. It is too slow for my tastes but it si an adventure which is like Harry Potter; for fagots!!1 You can play an orc or an dumb elf (for Jerry) or a dragon or a giant or a buzzard or a shrimp man. I playad as the shrimp man and I jumped the platforms to teh wizards cave where I won the golds from him in a duel of wits!!!1 IT was downhill from there and I lost all lust for adventare quickley.

I am such a bigshot they sent me a advanced copy of this game which is leik the special edition of it!! They said oh jeff k you are so l33t can we harbor your children in our hearts!? No thank you funk daddies! This game is for the bonfire! I cant even get it to play in my computar and my advanced copies of teh sims worked wonders so fix it or you can go home to mama!! Thats cowboy talk for fly away NERD.

Pros: You can play as teh shrimp man and "lives your own life, explora another worlds!!1" I want to explore mars and be the shrimp man king of mars!! Everyone will bow down to my spells of powar like in Biadlo! I will buy a house and put my records in it because this game is fantasy! Jerry will pretend he is not a marone, because this game is a fantasy!!1 ahahahahahahaaaa

Cons: I cant play thsi bad boys thanks for nothing Eldar Scrolls back to error massage!

Vardicted: It shows teh prom promise but too many delays will keep it in the klink until the end times for evarybody!! 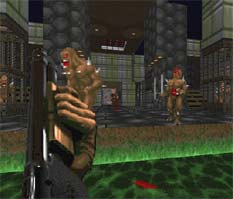 The imp is a sniper he shots you with the fireball from the top of the mansion and you die in one blow!Tom Clancy is writing up anothar spinster tale of teh high seas!! Looks out ghosts because teh special soldiers are coming to get you!!1 In this installmanant it is like a sequal to Rainbow Six but it is more soldier than cops and robbars. Instead of man down they say to you watch your six and you lost R2D2. This si a pretty fun game but it si too easy to die and there are no powar ups to get. I spent an hour and a day looking for teh quad damage!!!1

Every time you turns the corner it is another bad guy with yuo in his sites! One shot to the head and the show is ovar, no halftime and no promises of wealth!! This time they are hiding behind a tree or teh barn doors instead of a vase or a pop machines, but who cares?! NOT ME!!! Big fat hairy deals I say!! I still die when I stub my toe on the doorway, what a tough cookie cracker!

Pross: I like the FN-FALSH but teh AWP from Counter Strike si bettar.

Cons: They should call this stinkar "Corpse Raccoon" because I am dead in five seconds. Oh it is so fun to get shot in teh eye from space by teh MOON SNIPAR.

Vardict: If I wanted to die this fast I would call Walter teh "special kid" a retardeds fagot. Thumbs down which si cowboy talk for thsi game sucks!!!. 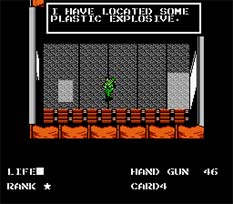 Plastic explosifs dont do the trick to MEtalgear, try the missiless1!!Many folks are waiting a long time for this one to come out!1 I played it on my computar and it was already warez. You had to know teh special code by clicking on the ads but they can't pull wool over the my eyes!! It was only 120k of MEGS to download! That took like two minutes on my 58k modam which is as fast as teh laws will allow. WHAT KIND OF CRAPPEY MAN THROBS IS ONLY 120k OF MEGS?!!/?

I heard all about the graphics in thsi gaem from ShugarnewsShark and it wasnt all that and teh bags of chips. I did liek the machinegun which mows down some badguys and shoots three times at once!! The guards had comic book bubbles for teh speech and this and are very sleepy. They need to saw some more logs or roll some more Zs or something before the mission is begun! Why do I only have a knife to start out with?! I am going to fights the fight against metalgear solid snake and why am I only with a knife?

I remember Jerry had a comb that he brought to school that looked like a switched blade. He showed it to me and I told miss Francis because I thought he would stab me with more than just his Fagotry!!1 He got put in detention for the evening and I hope he enjoyed his gruel and hard luck for teh stone ages!!

CONS: 120k of MEGS is not enough punch to pack into a game these days! Try and make it 500k of MEGS and then I won't feel as bad about my downloads!

Verdict: One star out of five. The sixth star has gone missing to the ghosts of ghost Reconned. I likes the end fight with metal gear but I ran out of stinger bullets and it was a disaster and a half!!

Thats all the time I have for this games of the Holodays, I hope you can take home something useful and put it in your pocket. Savings!!! Now you know which game is a winner and which is a stinkar!!!1 BY JEFF K!!!!