Duped By Febreze: I Was Smelling a Beach, Now I Am Fighting Against the Machines 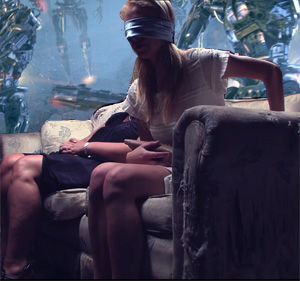 We were on lunch break and they just came up to us in the street. Me and Tammy were going to Sbarro and this little bald guy and this Mexican woman came up and said, "We'll pay you fifty bucks to do a quick survey."

We filled out some questions about, like, what our favorite smells were and basic information. Then things started getting weird. They said "it's a blind survey" so that meant, like, literally blind. They put these blindfolds on me and Tammy and walked us into this room. They had us sit down on this couch and then just said start smelling the air.

We were smelling everything. It smelled pretty good. Sort of like a beach, maybe, with like some shells and, you know that hot suntan lotion smell? Maybe a little bit of that. It wasn't my favorite smell or anything but I liked it. And then the guy said, "Do you know where you are? Take your blindfold off and find out."

So me and Tammy took our blindfolds off and holy crap we could not have been more surprised. We weren't on a beach or like by a swimming pool with suntanned buff studs. Oh no, it was the war Judgment Day. I'm like, Tammy, can you believe this? I couldn't smell any of these skulls and burning robot hulks.

It was! Totes a model 101. Then the bald guy who recruited us said welcome to the human resistance and he passed us some phased plasma rifles and demo bombs. Like, one minute I'm thinking about Sbarro's calzones and the next minute I'm smelling a beach and throwing a satchel charge into the tracks of a Hunter Killer Tank. Lost a lot of good soldiers that day. 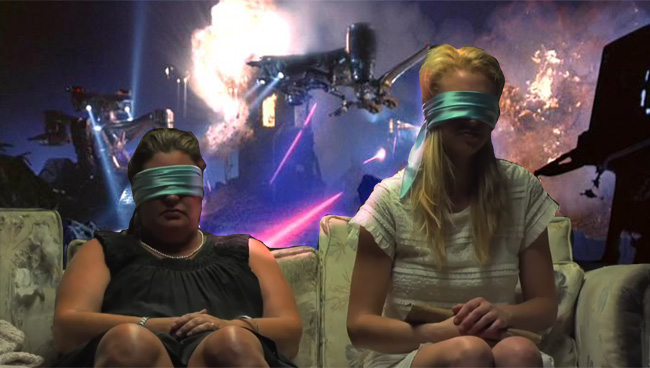 I won't say that I wasn't pissed off about being tricked by Febreze, but I will say that at this point I will follow John Connor into anything. We've fought T-1000s and the lady Terminators. We shot miniguns at a Skynet blimp. We even used a nuke to make a dam flood a Terminator production facility. I think that if John Connor told me to get into the time chamber and go back in time and save his mom so he can be born, I'd be willing to do that. I mean, I know he won't ask me to do that, because, like, duh, causality. Kyle Reese has got to go. But, I'm just saying.

Unfortunately, Tammy was not quite as devoted as me. She kept chasing that beach smell. She needed more of it, but the human resistance only had so much beach and lilac and honeysuckle to go around. Once the supplies were gone she became more and more reckless until she made a fatal mistake. She tried to cut a deal with Skynet.

Yeah, I dropped her from 50 yards with a laser sniper rifle. She had it coming.

But I don't blame her entirely. They say that some folks get that fresh scent in them and they're just never the same. They put their addiction to fresh scent ahead of the war for the survival of humanity against the machines.