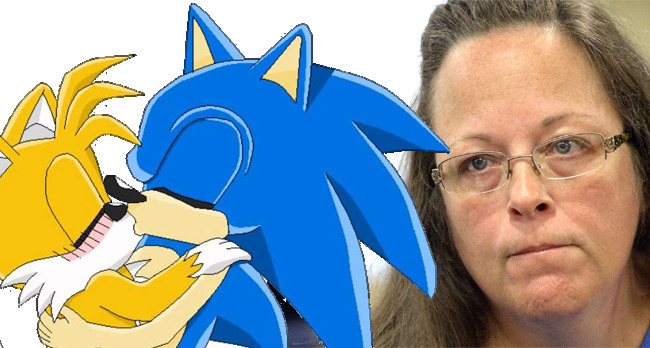 "I stand with Kim Davis [who would not issue a marriage license if Sonic & Tails requested one for their gay marriage]." 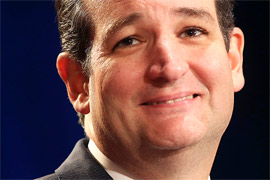 This man wants to get in the way of happiness in America.American Taliban presidential candidate Ted Cruz is at it again, siding with Kentucky county clerk Kim Davis, who was recently jailed for refusing to issue marriage licenses to gay couples. Now, I am as tolerant of other religions as anypony, but this is not a small thing we're talking about here. Kim Davis is not refusing a fishing license or something. This is the lifetime happiness of couples that could include Sonic and Miles "Tails" Prower.

Of course Ted Cruz wants to play the disgusting "Christian victim" card here. Yes, like Christians have it so hard in a country where they are the vast majority versus Sonic and Tails who are less than 1% of the population.

Being a victim is what Christianity is all about. You know who isn't a victim? Sonic the Hedgehog, who gets his rings knocked out, picks himself up and gets at least one ring back to avoid dying. I think Jesus could learn a thing or two about fortitude from Sonic and Cruz could learn a thing or two about tolerance from Deviant Art, which permits me to illustrate a Kama Sutra of matrimonial bliss for Sonic and Tails. Why do they "get it" and yet it's so hard for these Republicans?

Dick Cheney came around at one point when his daughter turned out to be gay. He is now for Sonic and Tails marrying. Look, maybe if Ted Cruz's son was Sonic and he met Tails and booked Casino Zone for their nuptials and then this b*tch got in the way of their happiness Ted Cruz might think different about all this. It's about simple empathy. If an extremely fast hedgehog and whatever Tails is want to get hitched, who cares if they are both males? It's just like one pixel difference between a penis and a vagina.

I am not alone in my opinion. A recent poll on the Sonic & Tails Webring said that 75% of everyone who voted supported Sonic marrying Tails while only one person voted for Sonic marrying Knuckles and that was probably a mistake. If nothing else, you would think that Republicans like Cruz would see the economic potential of Sonic and Tails wedding swag. Imagine all the key chains that could be baked. All the fiction written. All the crosses stitched. Allowing Sonic and Tails to (finally) marry is like discovering a new deposit of oil right under Etsy. 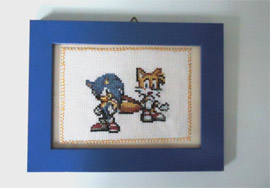 Together forever, whatever hateful people in government might say.Even if the Bobbies Jindal and Teds Cruz of the world refuse to accept healthy homosexual relationships between two classic 16-bit characters, I would think that the Republican love of small government would prevent their bigotry from interfering. I suppose government doesn't get much smaller (as in pettier) than stopping Sonic and Tails from being happy for the rest of their lives.

Who knows? (I know) Maybe Sonic is even able to impregnate Tails after jumping on a special spring booster and Tails is able to carry their baby to term and it turns out to be Shadow as a baby. If Ted would just stop for a second and read my fic then maybe he will see that not letting Tails become pregnant is very similar to abortions.

America is ready to see this, Republicans, and you're all making a big mistake if you think you can get in the way of progress. Sonic is going to marry Tails eventually and, by the way, bigots: Samus is trans. So remember when Metroid lady was revealed to be a woman in that legendary twist? She still is a woman. Except better. The twist is even better. It's called THINKpiece for a reason, Ted. Use your brains.

The point here is, everyone just wants to be happy. That's why I say let Kim Davis and her sanctimonious attitude stay in jail. We don't need religion getting in the way of happiness.

Now, if Kim Davis wants to specifically keep Sonic from marrying Knuckles, that's fine. I don't ship those two so anything to prevent Knuckles from stealing Sonic away from Tails is good for me.