Maybe It's Time To Cool Off On The Last Samurai Sequels

The Last Samurai was a solid epic, rarely missing the mark when it veered from reality to become thoughtful or entertaining. Having said that, ten years have passed since the film's release and in that time we've had nearly a dozen follow-ups. This is certain to be an unpopular opinion, but I think the series has worn out its welcome.

Where did the franchise go wrong? 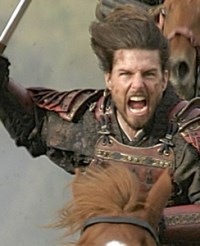 The Last Samurai 2: Back In Action is arguably a better film than the first installment. Tom Cruise returns as Nathan Algren, and the story more or less picks up where the first movie left off. We learn that the final minutes of the original The Last Samurai (where all the samurai are mowed down by gatling guns, leaving Cruise as the sole survivor) were actually a dream sequence. In the sequel, Cruise wakes up on the battlefield, shakes his groggy head, then gives a signal. All the samurai who had been shot stand up and reveal that they had been wearing bulletproof vests. They charge a stunned Imperial Army, then march into the heart of an Ork legion.

Although some feel that this sequel is unnecessary, Cruise's performance is as charismatic as ever and the climactic showdown atop a soaring dragon is a stunning piece of cinema.

For me, the first noticeable drop in quality came with The Last Samurai IV: This Time He's Serious. The entire story smacked of wasted opportunities. So much more could have been done with the cyborg angle in particular. If Tom Cruise's character had continued to add metal to his body, there would have been a fascinating philosophical conundrum. At which point do you become more machine than man, and more samurai than machine?

Like everyone else, I adore the reboot, Last Samurai. Directed by the dream team of J.J. Abrams, Joss Whedon, and Bryan Singer, this is a much more grounded and gritty tale than previous installments. The follow-ups (Last Samurai: Reckoning and Last Samurai: The Dark Samurai) are a little overlong and indulgent, but they make for an excellent trilogy.

This is because The Last Samurai 9: A Crazy Thing Called Love is the most refreshing romantic comedy of the last decade. Gerard Butler is a boorish, chauvinistic samurai with permanent five o' clock shadow and a penchant for sake. He stubbornly believes that the old ways are the best. Katherine Heigl is a highly motivated, stuck-up samurai that embraces efficiency. She insists on using gatling guns, he drives her mad with his casual dismissal of them. Through a series of humorous coincidences, the two samurai run into each other repeatedly. Eventually they find themselves madly in love with one another, and come to accept that using a gatling gun is perfectly fine, but it's not always the answer. 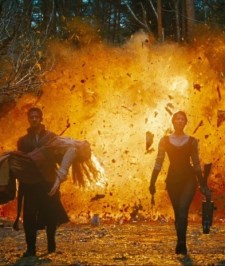 Butler and Heigl reprise their roles in The Last Samurai X: Hansel And Gretel, though this time around their traditional armor has been replaced with skin-tight leather and lots of buckles. This modern take on a beloved classic is dripping with style and cgi and irony. The duo trade quips as they follow the samurai code, which is now "murder all demons". It's... fine. There's no real tension or emotional punch, but there are quite a few explosions.

For me, the real low point of the series is Last Samurai Vs. Zombies Vs. Abraham Lincoln With A Mustache Vs. Bacon. To be fair, this eleventh installment in the series is also the most experimental. An internet exclusive, it's not a traditional film at all but a series of animated gifs with unfunny captions, mostly featuring attractive young actresses which creepy morons will comment about on sites like Imgur and Reddit. Somewhere in this jumble of big ideas, the heart of The Last Samurai is lost. Somehow I doubt that it can ever be recovered.

It's time to stop making The Last Samurai movies. For at least a few months.