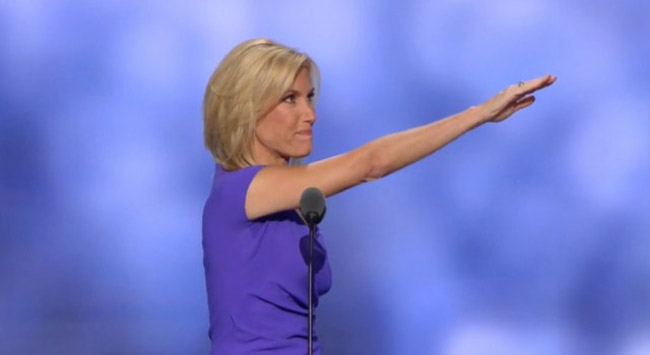 Bone Horror Laura Ingraham said something mean to Danny Hogs the young man who is very mad about guns and must be taken seriously even when he's complaining about other things on twitter. This is repulsive and we must boycott immediately. Do your duty and place your phone up to your face and scream at one of Laura Ingraham's advertisers until they dump that bitch. I'm sorry for saying bitch. Laura Ingraham is horrible without regard to her gender.

Please boycott one of the following companies that are still advertising on her show:

We have to stop Laura Ingraham from targeting the shooting teens. She has to learn her lesson and the only way to teach her a lesson is to go after her advertisers. Thankfully, a few of her advertisers have responded to the call for a boycott.

I would like to salute the following advertisers who thought Laura Ingraham was fine right up until today and now realize she has gone too far:

We have a long way to go to shut this bitch down, but we can do it. I said bitch again. I'm so sorry. I didn't mean to say it again. I am trying to be a better person and I am sorry if this offended you.