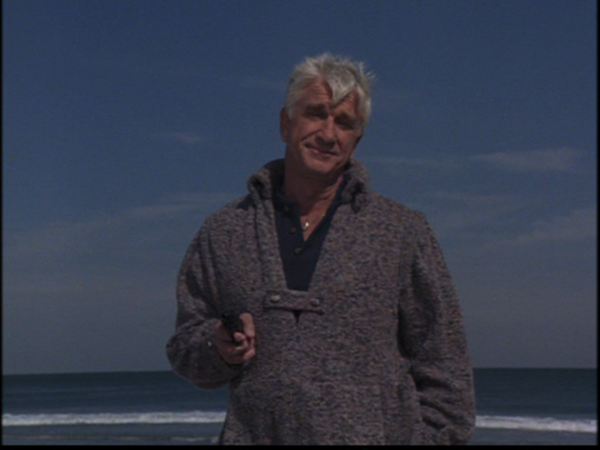 Great. Mind telling me what you're freaking out about? Oh, well that's --

Listen. To. Me. After you hang up that phone, we don't know each other. Destroy every picture you have of me. Take the SIM card out of your phone and swallow it. So help me God, if this gets back to me I'll -- No. I'll try to get you through this. Mark my words, you'll never be able to escape Leslie Nielsen. But I can buy you a few days so you can make your peace with this world before you exit it as a violent smear on the landscape.

Go to the police? How naive are you, man? Leslie Nielsen controls the police! You know how many times they've looked the other way while he's hunted human beings for sport? No, it's not going to be that easy. He wouldn't let it be that easy. Your old life needs to disappear completely. Forget who you were: now, you're nothing more than a man who by no rights should be alive. Your house, your car, your possessions: burn them. You're going to need to go underground. You're going to need to buy a gun. God knows a bullet has never stopped Leslie Nielsen before, but it might keep you alive for a few more minutes. I know you -- you'd never turn it on yourself. But at least consider it an option. 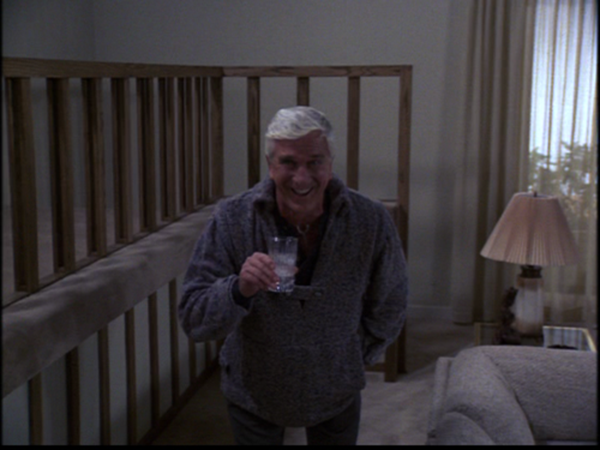 Get a car -- steal a car. And you just keep driving. Don't look back, whatever you do. For the love of God, don't look back. Nights are going to be hard because he won't let you sleep. He doesn't have to sleep. Find someone big to stay with you -- Leslie Nielsen's not afraid of anyone, but he won't strike unless you're alone. It's what the sick bastard wants -- that way, he can feed off your fear. He lives for that; some nights, you're going to be wandering through some godforsaken wilderness, covered in bugs and your own filth, hoping Leslie Nielsen will swoop out of the darkness and end it all. End the madness. But he'd never show a single electron's worth of mercy, mark my goddamned words. No, when you want to die, that's when he's won. Don't let him win.

I've seen what he does to people. He's like the fucking Predator, except he wears terry cloth and sock garters instead of battle armor. Some say that just makes him faster.

Listen, I'd say a prayer for you, but I'm not stupid. There's no way God is going to intervene when Leslie Nielsen's involved. Stick to the side roads, the sewers, the underpasses. You may meet others like you, but trust no one. He has limitless resources and thousands of sleeper agents. I wish you luck, man. Yours is a road I wouldn't want my worst enemy to walk. Oh, and one more thing...

It's me, Harry. It's Leslie Nielsen. And I'm inside your house. 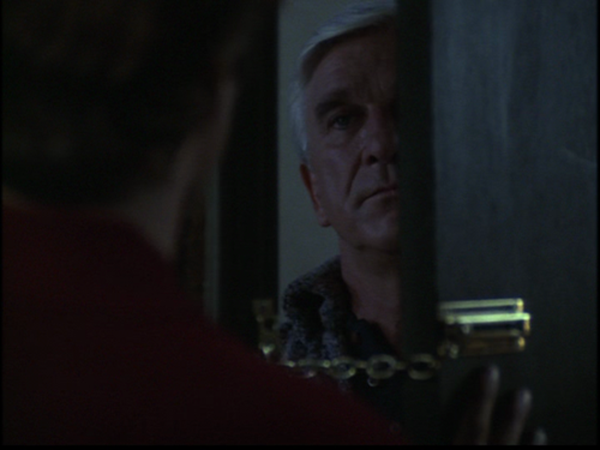