The Lost Transcripts of Mr. Wizard 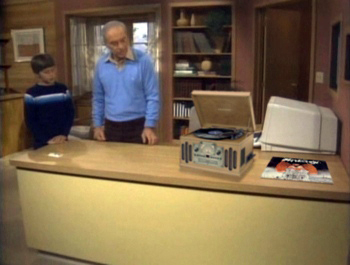 (Scene opens with Mr. Wizard quickly turning down his stereo as Timmy enters the STUDY)

TIMMY: Afternoon, Mr. Wizard! What's that you were listening to?

MR WIZARD: It's called 'Sepultura,' you little faggot. It's not for children. Now... let's learn about harmonic resonance. 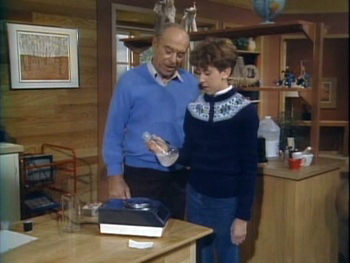 (Mr. Wizard enters KITCHEN holding a beaker - Johnny is seated at the table eagerly awaiting him)

MR WIZARD: Oh my, Billy, you really must try this! It's the new Pepsi! Care for a sip?

JOHNNY: But it's clear? How is that?

MR WIZARD: It's their new gimmick. It's clear soda! Its look is deceiving but it tastes amazing.

JOHNNY: Alright then, here, I'll try it out! (reaching for the beaker)

MR WIZARD: No no no no no! I'm fucking with you. This is H2SO4, more commonly known as sulfuric acid. This shit would eat you from the inside out.

JOHNNY: Haha, you old rascal, you almost got me there! What's all the acid for, Mr. Wizard?

MR WIZARD: Well, Billy, remember that cat that used to get into my tulips? 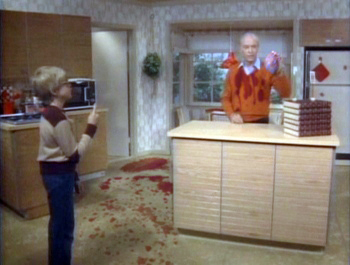 (Lucy enters KITCHEN from HALLWAY to find Mr Wizard covered in blood, holding a human heart in his hand. Tina lies in a pool of blood on the floor)

LUCY: Oh my god! What's happened?!? What have you done to Tina!?

(Lucy runs from KITCHEN back down HALLWAY; after she leaves,Tina sits up on the floor and laughs)

MR WIZARD: Hahaha, we totally got her!

(Scene opens with Nancy coming off the end of slide in PARK. Mr. Wizard runs frantically into frame from right)

MR WIZARD: (Grabbing Nancy's shoulders and shaking her violently) We have to find doves, like, NOW! Help me quick, Nancy!

NANCY: Dove net? What? I don't own a dove net?!? I don't even think those exist.

MR WIZARD: (While running out of frame to the left) Agh, you're fucking useless. You're fired! 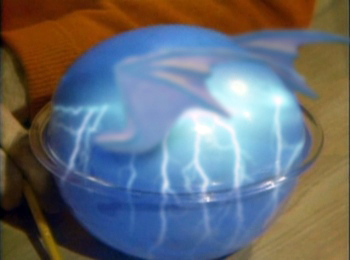 EPISODE 2018: LIGHTNING AND BATS
(Mr Wizard sits pensively on PATIO with Stuart, Chad, and Kelly at his feet)

MR WIZARD: Hmmm (scratching his chin), what should I teach you kids about today?

(Tight angle shot on Mr Wizard's face; his eyes are closed as he begins to speak)

MR WIZARD: Gravity, Johnny. Gravity. Gravity is the universal attraction of all matter toward clusters of matter in greater densities and masses. We're all under the influence of gravity, Johnny. Right now as we stand here, gravity is pulling us downward, toward the greatest of dense masses in our vicinity... the planet Earth. Every second we spend on this planet, we're being cosmically yanked toward the burning, crushing, dark core of our Mother Earth... fascinating... don't you think, Johnny?

(Camera reveals Johnny is seated in a bathtub)

JOHNNY: What are you doing in here?! I'm taking a bath!

MR WIZARD: (Opening his eyes) I know you stole my Tesla coil, Johnny...