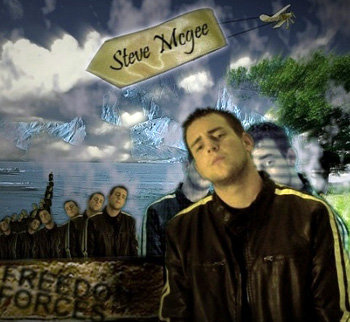 There's a narrative in certain schools of rock history that pits the United States vs. Great Britain in some sort of weird guitar pissing contest. It claims that while rock's predecessors are indisputably American, it's the British who propel the genre forward, with bands like The Beatles, The Sex Pistols, and Oasis (it's not a very strong theory). Yesterday, I thought this was a stupid, simplistic argument championed by idiot anglophiles who wear Manchester United scarves to Super Bowl parties and drink Boddingtons. Today, I really, really hope it's true. 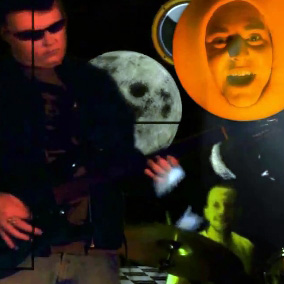 Why the sudden change? Because today, I cling desperately to the hope that Steve Mcgee is the savior of schizophrenic pop music. While insane people in the US are busy figuring out how to use MIDI software in 2011 or playing the harmonica in subway stations, the crazies (or "yobbos" as they say in the UK!) across the pond are getting really into trance and making videos that look like Thom Yorke invaded Pixar studios. And there's even a rap break! Which is probably really nice if you're trying to get all that conspiracy-theory word salad out as quickly as possible. I should point out, though, that there is a 30-second intro to every one of his videos, so you might want to skip ahead just a little bit. Not too much! You'll miss something great. 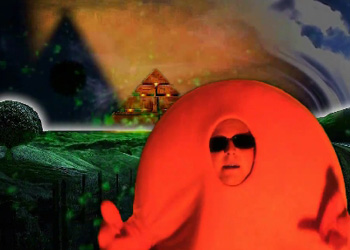 At this point in my ALOD "career," I thought I'd grown tired of hearing about New World Orders and Planet X. And then, this genius Steve put it to music and my heart leapt! Plus, these videos are incredible. I don't know if I can quite figure out the metaphor of the cop chasing the man in the bean costume, or why exactly we're all beans anyway, but it is entertaining as fuck to watch. Plus, if you get overwhelmed by all that intense imagery, a lot of his other videos are just sort of the normal routine of "picture of George W. Bush, picture of all-seeing-eye," but with refreshing electronic music in the background instead of boring menacing strings. 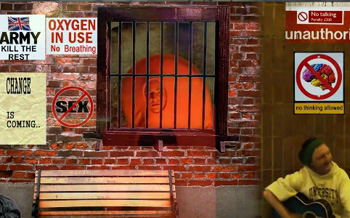 Steve Mcgee is the future of American insanity. One day soon, I'll be walking down the street, and instead of hearing some woman sing Christian-themed Hall and Oates covers ("You're out of touch / I'm out of time / But I know that the Lord is a friend of mine!"), she'll be pushing a shopping cart holding a sick-ass subwoofer and spongebobbing down the street 'til the MENTAL SLAVERY drop hits and shit goes wild. I look forward to that day.