Here we are. This is the item I meant to show you. 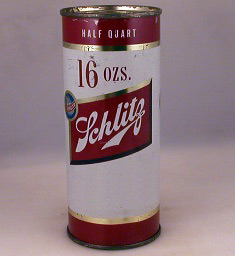 Incredible, is it not? Containers such as this were used to store plutonium, a popular source of power back in the pre-Republic days. One would simply pull the tab located on the top of the cylinder, then pour out as much or as little as he or she needed. Such a simple, yet elegant distribution method.

Unaware of plutonium's deadly nature, people would often freeze the material into sharpened rods and gouge these spikes into their ear canals until they pierced their brains. Many an innocent life was lost when the radiation sickness would then inevitably seep into the brain.

Something on the shelf below caught your eye, I see. This? 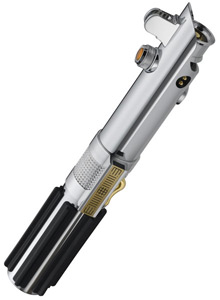 Strange, almost all of my customers seem drawn to this device. I'm not sure why. It's just a busted flashlight with far too many extra bits on it. If the designer took the time to add all that clutter, you'd think he would have thought to include a battery compartment. Amateur.

This little gadget next to the flashlight works just fine though, so watch your fingers. 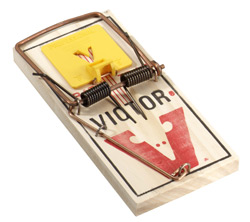 My analysis concludes that this item was developed by the Tatooine womp rats to protect their precious cheeses from humanoids. When one touched the cheese, this spring went into action and -whap!- crunched his or her fingers. The only thing I can't figure out is how the womp rats disposed of the bodies when they reset the traps, and what cheese is.

None of this is tickling your fancy, is it? Hmm. That's it! Wait right here. I've got the perfect item for you. 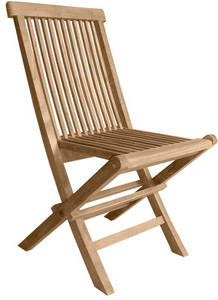 That's right, the galaxy's first droid. Although its functions are very limited, my best guess is that it's an early prototype of the R2 units. I've never seen anything like it before in all my years- Hey, where are you going?