Nickelodeon Kids Show Stars: Where Are They Now?

Howdy cats, I am pleased to announce that very shortly will begin yet another Photoshop tournament with Worth1000. Unlike the last tournament, which saw a sole SA champ taking on and defeating a sole Worth1000 champ, this one is a team battle. And more exciting, five sites in total are competing, but I have no idea who they are (except Fark, lol). While I'm deliciously ignorant and arrogant towards the competition, I am all knowing of one single important fact: we can't lose. Fifteen raging pixel stallions from the SA Forums are going to be representing us in this joyous tournament. They are, in alphabetical order:

All of these gentlemen were handpicked based on past contributions or won their spot via a wildcard tournament (the results will be part of Photoshop Phriday). The last tournament champion, Stuntcock, was unable to participate, which is unfortunate since he proved to be what the kids call "mad good."

Something Awful looks like an obvious shoe-in for winner, and we expect everybody to either forfeit before the tournament gets underway, or face a brutal defeat befitting of only the French. The team we have is absolutely fantastic, and more than capable of besting anybody. To make sure of this, I have arranged for all their family members to be taken into "holding" as collateral. Don't worry, as soon as victory is secured they will all be given a memory-erasing drug and released back into the wild.

The rules of this tournament are fairly simple: the first team to win three rounds wins the tournament. Each round will consist of five players per team submitting images based on whatever theme us site captain-types come up with and agree on. Those images will then be voted on, and whichever team has the highest average score wins the round. There are some other details, but I'll let you read those here, on the other side of this magical hyperlink.

Nickelodeon Kids Show Stars: Where Are They Now?

I often forget this in my bitter old age of 21, but the television of my youth wasn't a raging, fiery drunkard spitting mouthfuls of staticky venom and retarded nonsense at me. In fact, it was once a gentle beast, one that you could cradle in your arms and spend hours playing with in joyful abandon. Television had a great smile back then, with radioactive eyes that would pierce into your corneas, jackhammering information straight into the fabric of your brain. When I was a wee midget-like lad, my favorite channel was Nickelodeon, a cable network aimed at children and stupid people. I haven't watched Nickelodeon in the last decade or so, and from what I understand it's now nothing but preteen lesbian detective shows and bootleg Mexican snuff tapes tied together with stylish Gen X video editing techniques, which are the visual equivalent of being beaten in the face with a strobe light by a homeless transvestite named Birdie. I got to thinking about the golden days, when kids shows were safe for children and not secretly geared towards dirty old men and riddled with senseless commercial indoctrination. Whatever happened to the stars of my favorite shows back then? Where is David the Gnome or Maya the Bee? The mystery of their fates, and the fates of other childhood legends, inspired me to do some research. For those of you who don't know, "research" is the SA codeword for "bullshitting." But don't let that stop you from taking everything I write as empirical truth.

In a most unfortunate twist of events, David the Gnome turned out to be quite the pervert. After receiving an anonymous tip, authorities raided his home, a hallowed out tree, and found an extensive library of pornographic images on his computer, which appeared to feature young gnome children wearing little more than their pointy hats. Further exploration of the tree revealed video equipment, digital storage media, and hidden rooms and compartments. Upon interrogation, David admitted to being part of a massive gnome porn ring, which used domesticated foxes as couriers. Gnomes involved in the organization would ride on foxes, rendezvousing at strange times and places to exchange the latest pictures and videos. There is no telling how many gnome children were victims, but it's safe to say too many.

David's wife Lisa denied any knowledge of her husband's wrongdoing and continues to defend his innocence. When asked to comment, a female neighbor gnome who wished to remain anonymous described David as "a peaceful man who was friendly to all nature." She added, "This sort of thing just doesn't happen. I can't believe it happened."

The Cast of Pinwheel 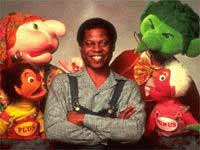 Pinwheel is one of the stranger things I remember. I spend a lot of time pretending I don't remember Pinwheel, but I do remember Pinwheel. I remember it all too well. As amazing as it sounds, I'm about the only one on the planet who remembers this show, but that's okay since it just helps fuel my elitism even further. Pinwheel had a very diverse cast, which included a black guy who traps sounds in boxes, hobo bug puppets, a mime, and another puppet that collected weeds and lived in a basement. There were also additional puppets and minorities in the cast, not to mention other oddities likely derived from excessive drug usage. I hate to say it, but it seems like hard times hits everybody sooner or later, and the Pinwheel gang is no exception to the rule.

The RIAA had serious issues with Jake, the African-American man who trapped sounds in boxes. It seems he was pirating a great deal of copyrighted material from recording artists with those boxes of his, and so he ended up with substantial fines that will haunt him until the day he dies, at which point they will begin haunting his living relatives. The hobo bugs met an untimely end when they overdosed on insecticide. There is only so much poison the body can take, and they took a little more. Ebenezer T. Squint, the green-skinned scrooge, got busted for growing copious amounts of marijuana in his basement dwelling. While he claimed it was for medicinal purposes, the sheer volume of his stash led to a stay in jail. The mime lady just turned out to be a deaf mute that was frantically trying to get help in finding her missing child. The other stars remain in obscurity like so many unwrapped Christmas presents.

Double Dare was an early form of gross-out reality TV based around kids challenging each other to do disgusting things, like roll around in green slime and collect fruit juice in head-mounted measuring cups. This disgusting fluid-focused insanity would go on to influence future shock comedians like Tom Green, the "stars" of Jackass, and even Japanese filmmaker Takashi Miike. Double Dare was hosted by Marc Summers, an alien from the planet Ralzak IV. When political strife erupted on Ralzak IV, Marc Summers and thousands of other Ralzakian agents were recalled home by the Ralzak IV Supreme Council to fight in the Great Ralzak IV Independence War of Time Cycle 47211. Marc Summers received the prestigious Supreme Council Award for Courageous Action for his, well, courageous action on behalf of the Ralzak IV Supreme Council. I'm just kidding, Marc Summers is all washed up.

Maya didn't live long, sadly. She died in a vicious boiling water attack that claimed her entire hive. The buzzing finally ceased as the last of her tiny frame gave way to the blistering heat of the water. Her death was agonizing and unholy. Quite befitting of a lowly pest.

Mr. Wizard was arrested for practicing wizardry, a crime worthy of certain damnation in most parts. Before submitting to authorities, he summoned several golems, erected a terrifying wall of fire, and caused the sky to rain kidney stones. Once the chaos was brought under control, he was tried according to his crimes against God and then set ablaze. His body did not melt, though; instead it dissolved into soot and poisoned all the witnesses with cancer.

The Cast of You Can't Do That on Television

There were roughly 500 kids who appeared in this show, and for the sake of brevity I'll just say that they're all very much deceased. Even Alanis Morissette, who started here, is now incredibly dead. One interesting fact is that Barth sold his hamburger restaurant and made an unsuccessful bid for mayor of a small Minnesota town. He was unsuccessful because he was a Canadian citizen and had no business trying to run an American town.

Well that was certainly depressing, but then so is everything I do. The truth about all those shows you grew up with is that they are best left in the past, because you were much more gullible then. I'd have to do a lot of crystal meth before I could ever find myself sitting through an entire episode of David the Gnome. I suppose I just stumbled upon the perfect excuse to take up drugs since that whole "my life is a terrible sham" explanation is so cliché these days.

Like any red-blooded human being, when I heard there was a movie about midget vampires, I knew I had to see it. I mean, that sounds freaking hysterical! Then I did see it. I saw it multiple times. It is not only not hysterical, it actually caused me a great deal of mental and physical anguish. It goes by the name of "Ankle Biters."

When dealing with movies as bad as the ones I force myself to watch for Something Awful, I constantly have to wonder if the cast and crew actually think they're working on the next low budget indie smash hit or if they're all completely aware that their movie sucks. If you're doing a movie about midget vampires, I'd assume that you have to know it's going to be a piece of crap. I have no doubt that director/writer/star Adam Minarovich knew fully well when he set out that his movie was destined for terrible, terrible things. I mean, I find it hard to believe that anyone would ever say, "You know what would make a great film that would turn the horror world right on its ear? Midget vampires!" Thus, it would be fair for you to expect that "Ankle Biters" would have its tongue inserted firmly into its smaller, but proportionally sized cheek throughout its entirety. However, it is my sad duty to inform you that this movie would take your expectations out back and shoot them. Sure, there are brief spurts throughout the movie where the characters joke around a bit, but those spurts are separated by twenty minutes of gagless excrement so bad that I don't think I could live with myself without reviewing it. I don't care if the fact that this movie is the worst kind of garbage is nothing new to Minarovich and his cronies. I hate this movie and I have to tell the world about it before it drives me insane.

Do you see? I don't want to unleash this upon you. I have to. So read my review now, save yourself the sleepless nights later. You know the allure of midget vampires is too strong to pass by. It was for me...