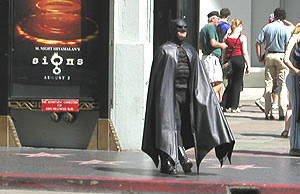 Initial protest outside Mann's Chinese Theatre repeatedly disrupted by man in soiled Batman costume insisting he works for tips and then threatening to choke women unconscious when nobody wants to take a picture with him. Relocated to street outside the Scientology Celebrity Center. Protest now one third people demanding "FREE MUMIA" and two-thirds disguised Sea Org members protesting psychiatry.

Protest permit forced to share location with a political rally. Occupy protestors soon overwhelmed by the thousands thronging the streets and cheering in support of congressman and former Republican presidential candidate Thaddeus McCotter. 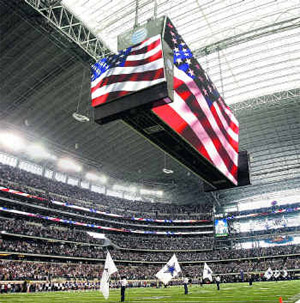 Protestors drowned out by cheering football crowd and overshadowed by the giant American flag appearing on the Dallas Cowboys' 160-foot television screen.

Class warfare declared illegal by Governor Sam Brownback. Protestors rounded up and forced to watch ultrasounds of their theoretical unborn children losing all income mobility due to overtaxation of job creators.

Vermont's capital city has fewer than 8,000 people and has technically been annexed by Occupy Wall Street according to the US Constitution. To celebrate the event a commemorative artisan apple jelly has been made available for a limited time.