Making $25 an Hour Is a Kafkaesque Nightmare 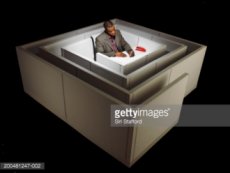 THIS.A bold visionary, possibly Scott Adams or Steve Cutts, once observed that office cubicles look a lot like a maze, if you arrange them into a maze and forget that in a maze you have to walk around, not just sit in a chair and browse Facebook all day. Since reading this brilliant insight, I've woken to the fact that my white-collar job is an Orwellian, Kafkaesque, Thom Yorkian nightmare.

My coworkers don't understand. They haven't seen subversive underground films like Brazil, or that scene in Ernest Goes to Jail where Ernest gets magnetized and chased by a filing cabinet. They haven't read obscure novels like Microserfs and JPod. Neither have I, actually, but those books' covers speak volumes. 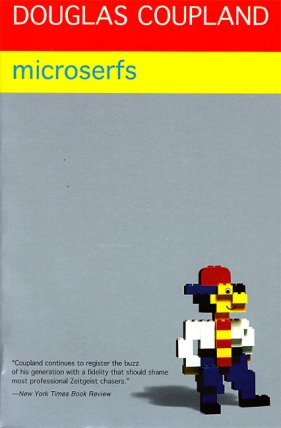 Here we have an office worker made out of Legos. Seems innocuous enough, until you realize that one, the Lego man is missing an eye and two, there's a giant bulge in his pants pocket for some reason. Did his eye fall out because the evil cat from Dilbert forced him to stare at a PowerPoint slide for too long, so now he has to keep it in his pocket? Did the cat also peel off some of his skin to make the stripes on his tie? These are just two of the questions I might have been able to answer if I'd read the book. But why read a 300-page novel when I can just watch Office Space again? 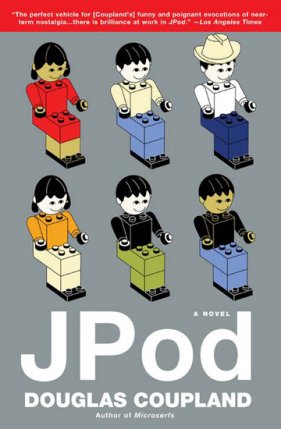 This cover also features people made of Legos, except now their legs have fused together and they're sitting in invisible chairs. Also, the guy with the cowboy hat might not be wearing a shirt. Clearly a reference to "casual Fridays" and other pathetic attempts to make office workers feel like individuals when they're really just plastic figurines in an isometric Lego RPG. 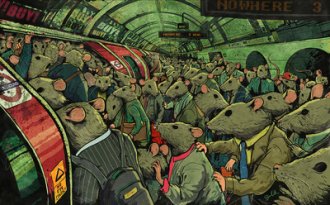 Oh, I should probably mention that these images aren't work safe, unless your job is BLOWING PEOPLE'S MINDS.Sometimes, while walking to the "break room," I think about these harrowing images and apprehend the capitalist nightmare that is modern life. Then I forget the capitalist part, since the fact that I make $52,000 a year and just bought a brand new HD tv would make me complicit in that idea. My job is just an absurd hellscape. No one is to blame, really, except maybe my boss and my coworker Clyde, who complains when I blast Radiohead's third through sixth albums all day. (Sorry, Clyde, did that song where a scary computer voice compares businessmen to cats and then pigs strike a nerve?) It's like that play, Waiting for Gordo, where those two guys are waiting for a man named Gordo (spoiler: he NEVER comes), except those two guys are me, and Gordo is a youtube video I'm waiting to watch while making several times the average wage in most developing nations.

I have to stop typing this for a minute. My boss is coming. Probably to ask me how my weekend went or invite me out for drinks after work. God, I don't know how much more of this I can take.

Okay, he's gone. Anyway, there are times when I feel like I shouldn't complain. After all, I make enough money to live comfortably doing a job that requires little physical labor and less mental energy than most video games. But then I think of transgressive art like American Psycho and that level in Earthworm Jim where the bad guys are lawyers and realize that adult middle-class life is an intolerable purgatory. I'm the guy endlessly pushing a boulder up a mountain, one computer crash, paper jam or other minor inconvenience at a time, doomed to repeat this awful, Kafkaesque nightmare until the day I die.