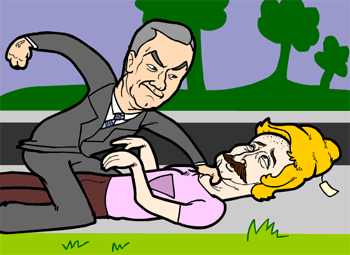 Bill O'Reilly tackles the tough issue of homosexuality that plagues our children.

According to reliable media smarty men such as Bill O' Reilly and the bearded man outside the 7-11 who successfully wrapped his own dog in newspaper and dubbed it the "King of the Moon," North Korea has returned to its nefarious old tricks again, threatening to destabilize the world with their aggressive talk and continuous waving of flags which, to my knowledge, aren't patriotic American flags. As I flipped through television stations a couple days ago, I couldn't help but briefly pause on the Fox News channel, as Mr. O' Reilly caught my attention with his animated diatribe against PBS for agreeing to produce a cartoon which discussed homosexuals while simultaneously neglecting to advocate their death. He made this important point to some libertarian who somehow failed to grasp his complicated argument and express the proper amount of disgust and repulsion required in the average Fox News commentary. Although the segment took roughly five minutes of time, it appeared to last four minutes and 58 seconds too long, as you might be able to discern from the following summary of the conversation:

BILL O' REILLY: "So here we have Buster the Bunny, a children's cartoon for children, promoting homosexuality. And we're paying for it! The American taxpayers, we're paying for the television to teach our children how to be lesbians and homosexuals. Aren't you outraged?"
LIBERTARIAN GUY: "Well, it wasn't really like that, all it showed was Buster the Bunny having dinner with a girl's mother and her 'friend'. They didn't-"
BILL O' REILLY: "But isn't it true that lesbians and homosexuals call each other 'friends'? Isn't it true that's homosexual code for 'anal sex fiend'? Do you really want your kids to grow up thinking society should embrace lesbian parents? Lesbian BUNNY RABBIT parents? You don't think this is a terribly slippery slope we're on? First we've got shows saying it's okay to have gay parents and then, before you know it, the government is forcing kids to murder Christians?"
LIBERTARIAN GUY: "Well they didn't show the cartoon, and the director was fired, so I don't think-"
BILL O' REILLY: "So it doesn't bother you that your money, our money, the money of the American public, is going to fund a liberal assault on conservative values, one to promote the acceptance of homosexuality? It doesn't bother you that your child could see this and go up to you and ask, 'dad, why are these two female bunny rabbits friends?' and then, before you know it, your four-year old kid is asking you to drive him to highway rest stops and buy him leather chaps and a riding whip?"
LIBERTARIAN GUY: "I'm not sure the-"
BILL O' REILLY: "Let me tell you something, I'm an American and I think I speak for every American in the universe when I say I don't want my taxes to fund this kind of disgusting filth on the television. Homosexuals have no business being in places where kids, the leaders of the future, can see them. We should make all homosexuals wear giant tents and fill their mouths with rolls of Fruit By the Foot so they can't try to turn our kids gay with their sweet siren song of perversion. Are you honestly telling me that you don't mind your tax money is going to brainwash our kids with this repugnant pro-homosexual propaganda?"
LIBERTARIAN GUY: "I don't-"
BILL O' REILLY: "Because I don't. I don't think that's okay at all. This is America, not... not... not some place else. This country was founded by the belief in excellence, the opportunity to create our own opportunities and be the best we could be. You show me where in the Constitution it says our country was founded by gay rabbits. Seriously, you find me that. I want to know your opinion on this. I want to hear your side of the story now, I want to know what you think about all this. Go ahead."
LIBERTARIAN GUY: "I-"
BILL O' REILLY: "I'm sorry, that's all the time we have left, thanks for coming on the show. Next up, we have a student from Eastern United Garrison Agricultural College and School for the Finer Arts Such as Unicycling and Locksmithing who says one of his teachers forced him to write an essay comparing George W. Bush to a rare type of colon cancer. Is this another repulsive attack on the institutions of America, or just another repulsive case of liberal bias in the media? We'll find out after this commercial break for dietary fiber and life insurance, featuring various concerned old people." 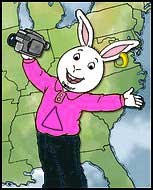 The face of the enemy.

1) The "other" political party continuously conspires against them and, if nobody does anything about it and fails to expose them, this will led to the world's destruction like in the awesome documentary "The Core" which featured a giant metal marital aid burrowing into the center of the Earth and a very ugly teenager who hacked the entire planet Earth, thereby forcing it to produce shitty movies.
2) The failure to adopt an extremist opinion on every issue indicates blind compliance and therefore labels you as the enemy. Merely agreeing or disagreeing with an opinion accomplishes nothing; you must rabidly agree or disagree with an opinion, preparing to defend your viewpoint with the uncontrollable intensity of a drunken English soccer fan who eats bicycles and tattoos their team's starting lineup on his forehead.
3) Everybody in the world is stupid except them. Everybody in the world is wrong except them. Opinions can be analyzed and expressed as facts, and they are the only ones fortunate enough to possess this ability.

The political talk show spectrum has evolved from the simplistic, outdated "black or white" stance on issues, mutating into some type of bulbous monster which requires you to either categorize yourself as a undulating black hole or destructive white supernova. Think of current American talk show politics as the classic Atari game "Space Invaders"; you're either the heroic spaceship defending the Earth or you're the evil aliens trying to invade and destroy everything. If you don't fall into one of these categories, well then you're the floating shields in the middle that get shot at and destroyed by both sides. I don't know what that stupid UFO that travels back and forth up top represents, but since I could never hit that annoying thing, I guess it doesn't matter all that much. Let's just say it represents Ed Begley Jr.'s myriad of contributions to the fine arts. 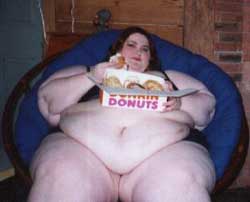 How could any leader honestly be afraid of a country populated by these?

O'Reilly did touch upon an issue I did agree with, the growing menace of North Korea, a country which seems to be governed by Gremlins and giant, irate spiders. We've been hearing a lot about North Korea lately, partly due to the fact that the news media runs on fear and partly because North Korea exhibits the same behavior as the average guy convinced his kitchen appliances conspire to chew his face off. So what crazy antics have our friends been up to lately? Well apparently a large pile of cocaine and various hallucinogens.

N. Korea: Japan, U.S. plotting invasion - North Korea has accused Japan of aspiring to rule a "Greater East Asia Co-prosperity Sphere" beginning with an invasion of Korea with the assistance of the United States. Rodong Sinmun, North Korea's state newspaper, said Sunday the Japanese had joined with the United States' "vicious hostile policy" toward North Korea and that the "military threat" they perceive from the Koreans "is a far-fetched allegation fabricated by themselves."

If any of this sounds familiar, well, you can probably credit that to the fact that North Korea has been flaunting their brand of patented lunacy for over two decades now. Much like the shrieking child in a kindergarten class who threatens to beat up anybody that either fails to give him any attention, gives him too much attention, or fails to give him too much attention, North Korea represents the quarrelsome problem child of our planet. Nobody knows if North Korea has the ability to produce nuclear weapons, as their goofy story changes every minute of the day, like a bizarro TV Guide.

NORTH KOREA SCHEDULE for the week of FEBURARY 20th, 2005:

Sunday - Claim to have produced 500 thousand tons of nuclear warheads disguised as clowns statues and comically large horseshoes.
Monday - Recant previous claim. Ask for foreign aid money and suggest if they fail to pay, there might be a pretty high chance of clown statues and comically large horseshoes suddenly appearing in the future.
Tuesday - Announce plans to manufacture an atomic volcano which ejaculates fiery death onto enemies thousands of miles away.
Wednesday - Dub America "the great conspirator to destroy everything we hold dear, a vile rat gnawing away at our chains of freedom, chains made from courage and dedication and beauty and loyalty to the glorious Communist party." Threaten American with nuclear destruction unless they agree to trade more computers and automobiles in exchange for fanciful pieces of paper saying "IOU my heart, love N. Korea."
Thursday - Close all diplomatic talks to any non-North Korean countries. If any of foreign representatives get caught hanging around in the country when it closes, refuse to let them out unless they agree to date Kim Jong.
Friday - Resume talks with evil foreign nations. Claim to have produced 143 nuclear bombs just last night alone. Reveal to the world that North Korean babies are being born with nuclear bombs in their heads and laser eyes. If anybody asks for proof, present them with a piece of wedding stationary that has the words "THANKS FOR THE MEMORIES UNCLE JACK" scrawled across it in ballpoint pen.
Saturday - Send out press release explaining all previous events this week were "just jokes, man" and that everything next week will be "totally for serious this time." Repeat.

So what do we do about North Korea? Hell, I don't know, I just write stupid crap for a website that nobody anywhere reads. When screaming schoolyard bullies act up, the teacher often isolates them in a corner, forcing them to reflect upon their actions. I seriously doubt this will work on North Korea since they've been living in such a corner for nearly 50 years now and this isolation has done nothing but make them utterly insane and irrational to the point where they engage in regular conversations with their hands. We cannot invade or attempt to lob a constant supply of exploding objects at them, as all our exploding things have been used in Iraq and various other countries containing an unhealthy amount of sand. We cannot win them over with diplomacy since their leader stands convinced the rest of the free world conspires against him with a bloodthirsty army of super spies and hill giants ready to swarm through the flood gates once North Korea displays the slightest weakness. I guess we'll all have to tune in to Bill O'Reilly's show to figure out the correct opinion on dealing with North Korea, preferably one that involves using exploding homosexual Buster Bunny-buster bombs.