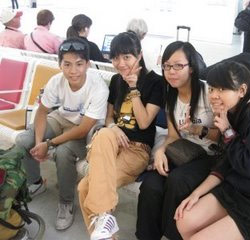 "Why does Ouija need mountains?" I asked, holding up a hand for another round.

"Ouija," Stan paused to tamp a withered lime down the neck of his beer, "needs ghosts."

Parker Brothers operated Boggle and Pictionary on-site R&D for the Chinese editions of those games. The R&D involved a tiny focus group of two Chinese teenagers, Ok (rhymed with "hawk") and Zhu. They ate MREs and slept side-by-side on cots in an office cubicle.

The Pictionary R&D was a simple progressive questioning on various topics to ensure the teenagers understood them. The R&D for Boggle was an intensive mathematical and linguistic study of a dice rack that was five times as large as the alphabetic dice for English Boggle.

"The Chinese thought Han character dice were impossible," bragged Wyatt Clark, head of Boggle East R&D and no relation to Chris Clark. "We're working on a new edition that will replace the English alphabet in the current edition with an 80-die matrix of Han characters."

Ok and Zhu were not allowed into the Ouija R&D. It took a week before Stan trusted me enough to let me into the factory's Ouija R&D. I had to convince Stan that I wouldn't "flip out" when I went inside. 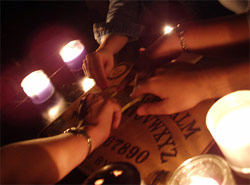 The room was dark. Velvet curtains covered the wired glass windows and blotted out all external light. Illumination was provided by standing candelabra with thick brass arms. Flames sputtered in the molten cradles of each well-used candle. The air was thick with the smell of sweat, fear, and exotic incenses.

Pairs of robed researchers operated a quartet of Ouija boards. These were not the humble cardboard and molded plastic of the production sets, these were exotic and strange. One set used a pentagrammic planchette and an etched metal board, another was encrusted with polished amber beads and gems, and another was made from bone. The fourth was so secretive that they kept it covered with a cloth as the two researchers operated the planchette unseen.

It took time to learn much more. There were long days of toiling in the factory and nights of drinking with Stan or the boys of Dick Tracy. I briefly considered leaving my internship, forgoing my college credits, and signing on to rob a bank in Guadalajara. 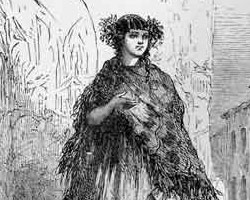 I had a brief affair with a dark-eyed girl named Carmen in the copper mining town. She worked in the Japanese pet shirt factory and dreamt of running away with me to America and raising bees in Vermont. I said that in America we have bees that don't sting and watermelons without seeds.

"It's so beautiful there," she said, her eyes welling with tears at the thought.

I told her about Red Vines and rootbeer and Country Music's Storyteller, Tom T. Hall.

"I, too, love little baby ducks," she told me one night after we made love beneath the stars.

Then one day she was gone. I arrived with flowers and her room was rented to a family of six. The smallest child was wearing a dog shirt taken from Carmen's footlocker. Bad to the Bone. Carmen's mother told me through her tears that Carmen's father had lost their daughter in a bet to a Brazilian circus. The only things she hated more than acrobats were tents.

I fed the flowers to her beloved goat, Pilar, and rode the bus back up Camino del Demonio. As the old bus lurched up the corkscrew road I swore to Carmen's memory that I would find out the secrets of the Ouija. I swore to her that I would contact her ghost, even if she was not yet a ghost.

If only I had known the terrible secret I would ultimately unlock I might never have gone back up that mountain. Well, I left a lot of my things up there in my bunk, but after that one trip I would have gone back down and never returned.

Instead, I pushed on. I was drawn inexorably by fate in much the same way mysterious forces draw things inexorably downward. In a few short days I would peer through the veil of death.