The Perils of Not Being Famous

Given our society's obsession with stalking and ridiculing celebrities, it's no wonder that many famous people lead deeply unhappy lives. Throw in lawsuits, paranoia and choosing the right sullen expression for the cover photo of your memoir and you might wonder why anyone would want to be famous in the first place. What good are money and influence when they turn you into a reclusive weirdo with an eating disorder and plastic surgery bills greater than the GDP of Lithuania? Wouldn't you be better off living as far from the limelight as possible?

Not necessarily. While non-famous people may appear to have an idyllic, carefree existence, in reality they face a host of problems - ironically
many of the same ones faced by celebrities. Before you sell your soul to a demon, genie or Zoltar machine for a life of anonymity, be prepared for the following.

Non-famous people have lots of meaningless sex. In fact, when you aren't famous pretty much all sex feels meaningless, since you and your partner are just two boring, probably unattractive people engaged in a dull, laborious act that at best provides a few minutes' distraction from the soul-deadening tedium of your banal lives. Chances are that you both close your eyes and imagine that you're having sex with someone famous and/or that you're someone famous yourself. This fantasy never feels convincing, since famous people rarely have sex with just one person at a time. 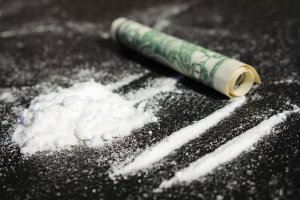 In lieu of money, power, Twitter followers or any extrinsic markers of success, many non-famous people turn to drugs for a sense of self-worth. Either that or they believe the myth that non-famous people do their best work - folding laundry, repairing sinks, filling out tax forms - while on drugs. Any way you rationalize it, though, drug abuse is bad news: it can quickly lead to poverty, chronic illness and other problems you probably could have avoided until your mid thirties.

Not being famous can alienate your friends and family when they notice how little you've changed over the years. "Man," they'll say, "I liked you a lot more before I realized you had no chance of ever becoming popular." Even if you do manage to keep some friends, you'll have trouble trusting them. Do they really care about you or are they just leeching off your lack of fame to feel better about themselves? Do you ever catch them Googling your name followed by theirs to see the disparity in the number of results? Do they randomly tell people that they know you and then smile when those people say "Who?"?

Your love life will probably suffer as well. You'll wonder if the man or woman flirting with you on OKCupid really likes you or if they're just a "schlub chaser" - a person for whom a lack of talent and negative Q-rating are aphrodisiacs - who'll leave you the moment they meet someone even less popular.

Strangers Thinking They Know You

One day you'll be walking down the street and a complete stranger will start talking to you like they've met you before. This is because as a non-celebrity you're basically a faceless cipher who can easily be mistaken for someone else. You have no identity and are more or less interchangeable with the rest of the common ruck. Might as well humor the stranger and pretend that you know them, since you probably have few friends and need the human contact anyway. 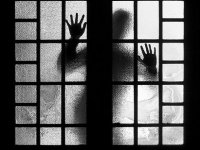 Probably the worst pitfall of non-fame is being stalked. Late at night you'll be sitting in your living room reading a book or watching TV with the spouse you no longer love when out of the corner of your eye you'll see a dark shape in the window. It darts away as soon as you turn your head, but you know what it is: the specter of failure. It stalks you like an animal through the empty hours of the night, reminding you that you've become a sad parody of your dreams, a rank-and-file bourgeois whose life is a clockwork of schedules, meetings and mind-numbing toil that you swore in your youth to avoid at all costs.

You'd be fine with this, actually, if the specter had a camera and found you attractive.