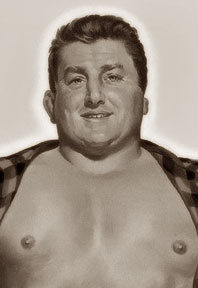 Pearls van der Horn, Pie Industry Mascot, 1899-1988Did you know that right now there are 25 unique varieties of pie in the world?1 It's true. Scientists, researchers, and independent adventurers have identified each of these 25 types. They have carefully arranged these pies on a chart using exact weights, measurements, and physical characteristics. A brief listing of these pies is as follows.

1. Square Pie - Each slice of this pie contains an additional side, giving hungry people 50% more pie per slice.

2. Pie in a Bottle - A pie made nearly impossible to consume due to its containment inside a clear glass bottle. As to who constructed the pie inside the bottle remains a mystery and topic of heated classroom and laboratory debate.

3. Slime Pie - Gross and disgusting, this pie is made from pouring random slop, goop, and glop into a pie pan and exposing it to room temperatures for 3-4 days. Also known as "Witch's Brew Pie."

4. Lightning Pie - This type of pie is cut in such a manner as to give each slice the unique shape of a lightning bolt. Much like actual lightning, it has a distinct lemon taste.

5. Red Pie - Delicious and very red, this pie is made from berries mined from subterranean caves. It also causes impotence.

6. Grievous Pie - A pie that keeps you up at night, haunts your dreams, and leaves you feeling fatigued, listless, and fearful. Consumption of grievous pie is extremely regrettable, but entirely unavoidable.

7. Breadmesh Pie - Made out of a super-dense bread fiber weaving. Each strand of bread is one-tenth the width of a human hair. Breadmash Pie can maintain its form under the harshest conditions and, indeed, has survived in both the vacuum of space and at the bottom of the ocean with no damage. Collectively, pies 3-7 are known as the Baker Group.

8. Invisible Pie - This pie is created when any other variety of pie is consumed. Invisible Pie is weightless, odorless, flavorless, and completely devoid of nutritional value. You can find it in what appear to be empty pie pans.

9. Pie Pills - Entire pies reduced to the size of small capsules. They will, however, expand to full size when exposed to stomach acids.

10. Yellow Pie - This pie was engineered by scientists in 1977 as a means to pacify large populations. It is extremely addictive due to its chief ingredient: mustard seed.

11. Fire Pie - Unknown forces have rendered this pie aflame, making it completely unsafe to eat. Accidental consumption of this pie can result in you transforming into a pile of highly magnetic dust.

12. Pie-in-a-barrow - This pie has lost all will to maintain itself, collapsing into a giant heap contained in a wheelbarrow and pushed around from town to town to frighten undisciplined youths.

13. Death Song Pie - When sung to this pie will sing back, taking approximately one year off the listener's life.

14. PIE IN THE SKY - Frequently observed hovering over major cities, the exact nature, motives, and composition of this pie remain a mystery.

15. Scream Pie - A pie with the capacity to feel and express emotions, particularly complete terror. It longs to return to its home world, and if you eat it, you too will suffer that longing.

17. Six-Legged Pie - This little pie has grown legs, and will use them with great fervor in attempting to evade you. Left to its own devices, this pie will get into mischief and probably hurt itself in the process. Keep under heavy lid.

19. Velcro Pie - Features the unique ability to form lasting attachments to objects, including human hands and pie knives. Will linger in the stomach indefinitely.

20. Wet Ninny Pie - Favored by members of the wet ninny subculture, this pie is known for its elongated shape, soggy surface, and weak flavor.

21. Claw Pie - Millions of years of evolution have given this pie a distinctive advantage in nature: a set of terrible pincer claws. The juicy innards of the claw pie are protected by a hardened carapace.

22. Gaussian Pie - A pie with a strange spire rising out of its center making it extremely difficult to eat or slice.

23. Child's Pie - Beware: this pie will forever trap you in the folly of youth, never to grow old or wise, never to die.

25. Surprise Pie - Contains one random surprise under the crust, ranging from a baby bird to a valuable coin. Some surprise pies even contain an entire second pie hidden within.

26. Unknown Pie2 - A type of pie predicted to exist by a certain scientific model. It is possible we have already eaten this pie but lack the capacity to know whether or not we have eaten it.

1According to the National Pie Consortium's 1988 Annual Audit of Pies.

2The Calhoun Model embraced by Pearls van der Horn accounts for this pie, but all other models rule it out.