It doesn't take an expert to know that 2016 was one of the best years for quality pizza. All across the nation people were enjoying better pizza with better ingredients than ever before. New pizza in new ways. It has all been given to me and I have tasted it as required. Conversely, 2016 was the worst year for video games because of Overwatch being ruined by ignorant SJWs at Blizzard HQ. These pieces of filth are pushing an agenda and that agenda will make you choke on your pizza. 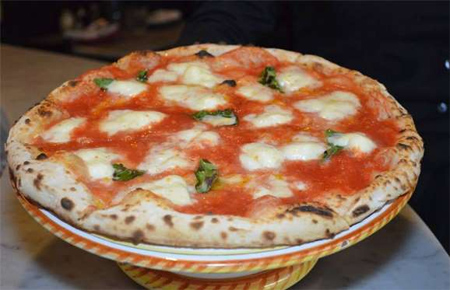 Osh Kosh Pizza Bunker brings a solid entry from the Midwest with a sweet, crispy, chewy crust and a sauce made from fresh Roma tomatoes. I didn't mind seeing this tasty pie slide through my feeding slot. The slightly charred basil would be a nice touch if this pizza weren't completely ruined by Blizzard making Tracer into a lesbian.

People like me play Overwatch to escape their tiny pizza chambers and immerse themselves in the living reality of being the super intelligent gorilla, Winston. I am that gorilla that shoots and kills robots. As that gorilla, I also helped make it so Lena Oxton, call sign Tracer, a test pilot, could come back from being insubstantial and would be married to me. This revelation that she is gay is completely at odds with the detailed world I have constructed in which I had a long romance with her as the gorilla, slowly getting to know her as I made her phase in and out of the flow of time while I tested the chronal accelerator. Only I could save her and it was only natural that she would fall in love with me and take off all her clothes for me more than once. That is healthy and normal.

All of that, gone like a dead fish down the steel toilet they let me have. For what? For another goddamn pizza. 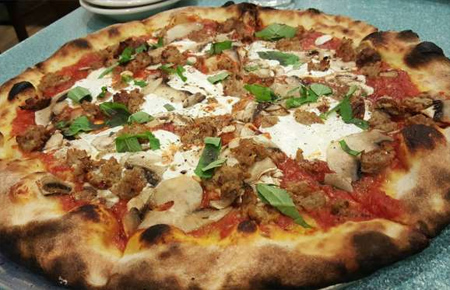 Congratulations Sal is what I might be saying if I could stomach a single bite of this classic sausage and classy mushroom pie. It sits untouched just inside my feeding slot even though I know I'll get the hose if I don't eat it. Unfortunately, I am currently unable to focus on much of anything other than the fact that Tracer, the butt girl that Blizzard has banned from posing for being too sexy, has walked out of my dreams and right into the dumpster full of shit. Real human shit. Put there by Blizzard.

I only know two things about the world outside of the 8'x10' room they are keeping me in: Tracer is a lesbian now and the SJWs are taking over everything.

It's not even about the lesbian thing. I am open-minded. I think girls kissing is hot. I want to be very clear that I am not okay with any characters in a video game expressing their sexuality outside of that video game. All sex should be in the video game and should be communicated to me through sexy poses. For example: Widowmaker is super straight because of her butt. However, Zarya could be gay because she flexes a bicep. That's fine. Whatever.

But Tracer? The butt woman? SJWs have invaded once again to turn the butt woman into something bad. First it was the Mass Effect butt woman. Now this.

#7 - Large Circle with Sauce and Cheese 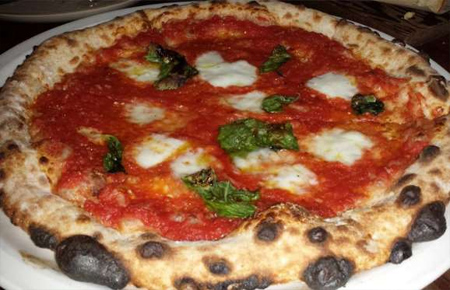 I give up. I can't do this. What is the point? If I can't have a romantic relationship with the butt woman in the shooting game that looks like a cartoon then I don't want to eat pizza, I don't want to play Overwatch, I barely even want to live.

They keep pushing the pizzas through the slots, insisting I review them. My only escape from the literal hell of eating these crispy Neapolitan pizzas is living out my inner life as Winston the gorilla and imagining the romantic dates I would have with Tracer. We would eat pizza from the slot at the park. We would eat pizza in a canoe. We would talk about and rank pizzas from various locations including Britain, Route 66, and Hanamura. We could shoot basketballs around a room and smash glass with our guns while a timer counts down. We could move a payload or stop someone else from moving it. I'm talking a simple romance built on longstanding friendship and the need to escape from this hell of eating and ranking the pizza that comes through the slot.

I won't do it. I won't rate them. Overwatch is all I had. It's all I had. Grind me up and turn me into a pizza for someone else, boys. Winston is coming home. 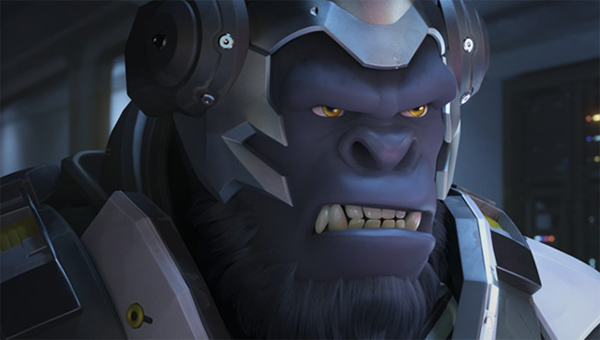