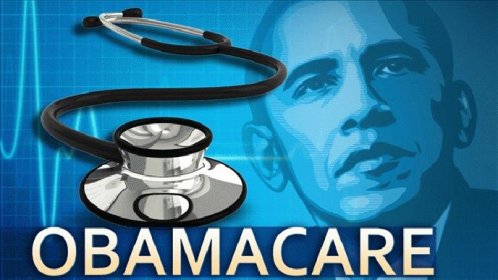 One of the many topics we can expect in the upcoming presidential debates is the future of the Affordable Care Act, aka Obamacare. Critics of the act claim that it's unconstitutional, increases the national debt and imposes too many costs on businesses. But what do they propose we replace Obamacare with? Here are the most popular ideas so far.

This plan would restore the pre-Obamacare system where not everyone is eligible for healthcare, but rather than determining eligibility by arbitrary factors like age, income and employment status, this plan would use the time-honored rules of courtship. Healthcare.gov would be replaced with the equivalent of a dating site, where patients would post their symptoms, medical records and best-looking X-rays. Doctors, meanwhile, would post pictures and videos of themselves performing difficult, lifesaving operations. Once a doctor and patient decided they were right for each other, they would be listed as "in a relationship" and wouldn't be allowed to see other doctors/patients. If caught "cheating," doctors would face severe fines and patients could expect their unflattering MRIs to be leaked online.

Potential Drawbacks: 1:1 doctor-patient ratio would leave a lot of people without medical care. Intense feelings of guilt, loneliness and rejection if doctor and patient break up. 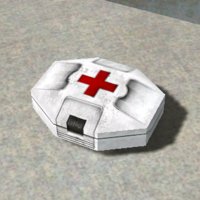 In an idea borrowed from first-person-shooter games, this plan would replace all hospitals, clinics and other medical facilities with randomly spawning health packs. The packs would appear in completely random locations, ensuring that everyone would have an equal chance of finding them. Picking up or just walking over one of the packs would restore one's health to 100% with an accompanying powerup sound. Some packs would even raise one's health to 150% or grant temporary invincibility, but these would only be found in secret tunnels or platforms floating over lava pits.

Potential Drawbacks: If a pack suddenly appeared next to someone, everyone in the vicinity would accuse that person of "camping" and call them various homophobic slurs for the next five hours.

This plan applies Milton Friedman's concept of trickle-down economics to the medical system. It proposes that we build multi-story hospitals with grated floors and put all the rich people at the top. This way, as the rich received the quality medical care that only they can afford, some of the pills, syringes and serums would "trickle down" through the floor to the poorer people below.

Potential Drawbacks: Spillage from catheters and bedpans would trickle down as well. 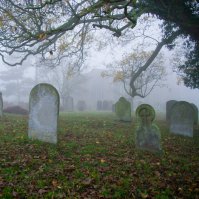 Some people believe that America's immigration problem can be solved by erecting walls at our borders. Applying this same logic, proponents of this plan argue that the best way to keep people from dying of illnesses is to build walls around graveyards. This, they claim, would prevent anyone else from being buried in them and therefore end all death as we know it. This plan also proposes that the spirits of the dead should be forced to pay for the walls, since the living spend so much money maintaining their cemeteries. Using an ancient voodoo spell, the dead would be imprisoned in magic crystals and forced to work off their debt to society - a common practice known as "voodoo economics."

Potential Drawbacks: Would reduce production of tiny American flags found in cemeteries and therefore might be considered unpatriotic. People who insist on dying could still dig tunnels under the walls.

Recognize the Personhood of Diseases

This plan would eliminate most health care in America by expanding the fourteenth amendment to cover viruses, diseases and other microorganisms. Like corporations, diseases would have all the rights of U.S. citizens, making killing them illegal. Not only would this plan drastically reduce insurance premiums, medicare taxes and other medical expenses, its supporters argue, but it would also offer tax breaks to sick people, who could claim their diseases as dependents.

Potential Drawbacks: Microorganisms vastly outnumber humans, so conservatives worry that if granted citizenship they would pass all sorts of weird laws, like allowing asexual bacteria to marry.