A message from Rep. Grip Oswald, Chamber of Issues 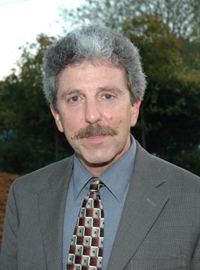 Rep. Grip Oswald (Q), Class Omega Z Representative, Chamber of IssuesAs most of you know, I'm an avid golfer and boatsmith. But nothing - nothing - has caught my attention more than Proposition 43. It is, perhaps, the greatest issue I have ever stood behind. Greater than Propositions 37, 12, and 14 (though not combined), and 2.64 times more important than Issue 14. Proposition 43 has significance. Can you, in your greatest moment of insight, imagine a concept that is 2.64 times more important than limiting the city drain commissioner's catering budget? I can't, and thanks to a generous grant from the Proposition 43 Awareness Committee, I will soon find this task impossible.

Citizens, think of that number 43. It's prime. Can't be broken down. Just like me when I was arrested for impersonating a senator from the months of April to December of 2004. Luckily, I had the foresight to help pass many laws allowing the impersonation of a high-ranking member of the legislative branch to not only be legal, but encouraged.

It's this "hands-on" approach to government I stand behind which should,without a doubt, give my words the gravity they deserve, as well as justify my position as "Representative for Life" at the Chamber of Issues. Vote early, vote often, and confuse the elderly and our brave men fighting overseas into letting you fill out their absentee ballots. Please cooperate; we at the Chamber do not want to take away your local newspapers again.