Who the Hell is Buying Rolos? 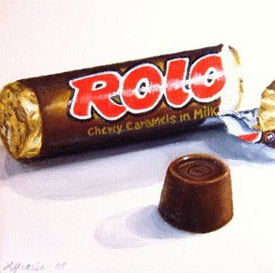 We have concluded surveys and quantitative analysis for more than 6,000 respondents, compiling them into a single Rolo consumer to give our client some idea of what their primary consumer wants and likes.

The average consumer of Rolos is between the ages of 75 and 120. They are male. They have extremely long fingers, possibly with an extra joint, and a simian oral region that comes to a Grinchian pursing of the lips.

They have an obscure, non-debilitating palsy. They are nearly deaf and incapable of hearing the shed snake skin rasp of the aluminum foil of a Rolo being removed and discarded. They also do not mind eating pieces of aluminum foil that adhere to congealed caramel clotting out of micro-fractures in the surface of a damaged Rolo, which is nearly all of the Rolos in a package.

The average consumer of Rolos spends zero dollars on clothing, electronics, entertainment, and vehicles. They exclusively ride the midnight bus for transportation and make all of their purchases at the all-night convenience store that has a disturbing collection of foreign pornography magazines. 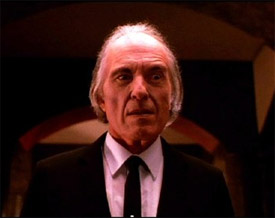 Their favorite foods, besides Rolos, are whole milk and thawed perogies. Pre-cooked, damp, no sauce, thawed potato and onion perogies with the texture of a boneless frog found in a pool filter. Their eyes water excessively so they always appear to be crying. They dress in clothing they stole from dead bodies. They wear high-heeled boots.

The average consumer of Rolos is socially conservative and fiscally liberal. They are not a fan of any sports in particular, but every two years they will root for the Sultanate of Oman in the Olympics. They speak rarely, but when they do speak it is in a trembling, child-like whisper. They have six teeth on one side of their mouth that they use to chew Rolos. The rest of their teeth are broken and rotting from eating Rolos. 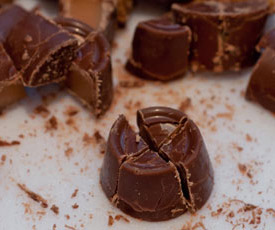 What they would improve about Rolos:

What advertising do they respond to best:

Rolos are primed for a dynamic social media presence and a full scale brand repositioning. Try to start some Rolo memes. Hire a Youtube celebrity to rave about Rolos. Try to create some nostalgia appeal with hashtags like #rolomemories and #mymomgavemroloswhen. Tell a rapper to put Rolos in his rap song. Pitbull will do anything if you pay his travel expenses and hire a couple models to stand next to him.