Their intense hatred for what they call the dark age of Disney won't stop them from waking up at 6AM to attend an event commemorating the release of a pin featuring Donald Duck fellating Goofy that costs $300 to buy and 50 cents to make. 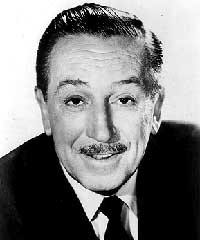 Sorry Walt, the Jews control Hollywood now! And there's nothing you can do about it! Muahahaha!They often spew Walt Disney quotes as if anything the guy said has any relevance today. Here's a Walt quote for you, "Roy, I swear to God, I will rest in peace as long as no goddamn kyke ever runs my fucking company!"

If they would only remove their rose-colored glasses they would discover a Magic Kingdom that isn't as pristine as their retarded memories make them out to be, that is, if any of these people were actually alive during the so-called golden age when Walt Disney personally walked the park and kicked out all blacks and Jews that snuck in.

In the old days Tomorrowland was portrayed as a glimpse into the future but it was nothing more than a place for American industry to shill about their new products. Remind you of anything, guys? "Storybook Land" at the time was nothing more than a collection of mud hills called the "Canal Boats of the World". There were a few standout attractions that were amazing for 1955, but there was surprisingly little to do.

And God forbid Disney ever remove or update a classic attraction. But when it happens these people scream bloody murder. When roughly 2 people ride something per day because it bores people to tears, I think a little change is in order.

The newest controversy is the addition of Disney characters to "It's a Small World". Despite the fact that nobody in the history of mankind has ever admitted that they enjoy the ride or its iconic song, a web site has been set up to "Save Small World". I say round up everybody who supports this site and dig up their backyards to look for children's corpses. When someone cares that much about a theme park ride, you know they are up to something creepy.

If you ask people what their favorite season of The Simpsons is you'll get a variety of answers, but one thing I can guarantee is that they'll all answer with a single digit. 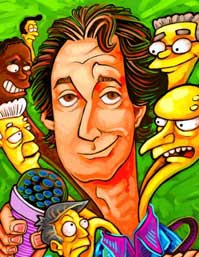 I want whoever drew this picture to be arrested.That The Simpsons has pretty much gone downhill since somewhere around the 10th season is no revelation, and at this point we're just rubbing it in. But if you take off those rose-colored glasses you'll find that... it has no effect and The Simpsons really do suck now and the old episodes hold up really well, which makes the new episodes look that much worse in comparison.

If I hate The Simpsons so much, why do I keep watching? It's almost like a running joke at this point. I am really interested in seeing how bad it's going to get. It's like Matt Groening is pranking everybody and sitting in his mansion laughing at the fact that anyone still watches the show. I just can't believe that what was once the greatest television comedy of all time is now more painful to look at than MegaTokyo.

I mean, it's getting to the point where Harry Shearer publicly badmouths the series and refuses to do The Simpsons ride at Universal due to "scheduling constraints", and we all know Harry Shearer has nothing going on. He sits there and twiddles his thumbs all day waiting to get paid a million dollars an episode for doing cartoon voices.

Even 10th, 11th, and 12th season episodes are becoming watchable in comparison to some of the new stuff I've seen. I thought the one where Skinner turns out to be an impostor was bad, now it's a downright goddamn classic compared to the recent one where Bart has to marry one of Cletus' children to save his cow or something. I don't know what happened in the end because I realized putting on stiletto heels and stomping on a kitten's head for sexual gratification was a lot more fun than watching a new Simpsons episode.

Stuff that's old is great and stuff that's new sucks and nerds will argue about it until the end of time.