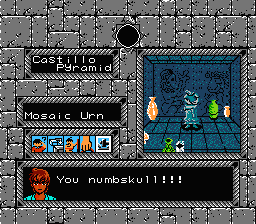 7) You're searching for the legendary Ice Sword, the only weapon capable of slaying the Fire Swan who is blocking the entrance to the Lightning Hut. A magician claims it can be located in a nearby evil haunted temple, but warns "no man has ever returned from there alive." You:

A. Spray paint a bunch of rusted swords blue, advertising them as "AUTHENTIC ICE SWORDS," available in bulk for 30,000 gold pieces.

B. Spend the next seven hours running around the woods, killing shit until you suddenly become healthy enough to withstand getting stabbed by a rabid gnome 14 times instead of 13.

D. Make a mental note to either destroy the ice sword or hire somebody capable of knocking stuff out of peoples' hands.

E. Start practicing any spell that shoots fireballs, rains lava, or squirts gasoline. Those will probably come in real handy.

A. Chained to a radiator, working the conveyor belt in your health potion factory.

C. In the same room as you, yet haven't directly spoken to you since birth.

D. Missing their skin, rotting wherever you buried them. 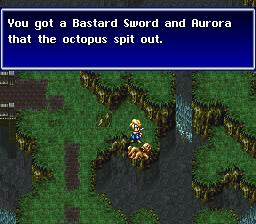 9) If granted a meeting with the king, you would:

A. Lobby to close the nearby dungeon, claiming treasure chests are unconstitutional socialist propaganda.

B. Offer to help him with whatever problems he may have, just as long as he doesn't send any soldiers to accompany you, share any weapons or money, or provide any concrete information more detailed than "you must walk north."

C. Explain how you've been trapped in one single room for the past four decades. Strongly suggest he criminalize doors.

D. Spend a majority of the time laughing and bragging, revealing your unstoppable plans to defeat him by replacing everything in the world with explosions. Casually mention how you won't be affected, because you just bought some prime real estate on the horrible world of lava, and that place is really gaining popularity with the hip, urban crowd.

E. Excitedly comment to your friend, "look! It's the king!"

A. Why you sell so many of those large flasks full of neon blue mouthwash.

B. A lot more complicated than stabbing shit, so why bother?

D. What allows you to transform into your secret ultimate evil form once a gang of people have spent enough time hitting you with things.

E. Best used to heal people who haven't yet been injured in any way.