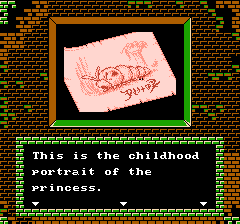 4) The perfect day for you would be:

A. Receiving a shipment of ANTIDOTE shortly after discovering King Sicklea, the god of poison, was spotted terrorizing villagers in a nearby apartment complex.

B. Killing a troll / orc / mean elf / undead mule and suddenly becoming so strong that you can finally put on those magical trousers you found in a swamp, which somehow make you more intelligent when you wear them.

C. A constant parade of strangers entering your house and stealing marginally useful things from your bookshelf.

D. Activating your monstrous, unstoppable, town-crushing robot that absolutely cannot be defeated by anybody ever unless they somehow discover its sole weak point, the glowing white ball in the middle of its stomach, strategically protected by a quilt and a couple dinner plates.

5) Your high school classmates voted you:

A. Most Likely to Get a Ron Paul Tattoo.

B. Most Likely to Be the Only Person In Our Kingdom Capable of Picking Up Money and Other Objects Laying On the Ground for No Readily Apparent Reason.

C. Mostly Likely to Be Given the Same Award as Everybody Else, Except Maybe It Has a Slightly Different Color Palette.

D. (You did not graduate high school; instead you vowed to destroy all those who did, especially those assholes on the football team who made fun of your crimson cape and the 300 metal onion rings you wear on your right arm)

E. Most Likely to Reply With "..." In Any Given Situation. 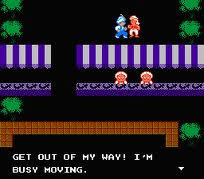 6) You walk down a hallway and discover a blue door that has a blue keyhole and a blue sign reading, "blue key required to enter." You:

A. Erect a toll booth and request 100 gold pieces from anybody who attempts to enter or exit the door.

B. Track down and kill the only nearby entity capable of speaking, because valuable objects like blue keys cannot be trusted to any generic troll / orc / mean elf / devil enchanting tree person.

C. Randomly pace around the area for the remainder of your life. The blue key is obviously a trick; the only way to get past the door is by wearing down the floor so much that you can physically pass beneath the wall.

D. Laugh in triumph because you're the mastermind who installed the door and gave the blue key to that cocky fat guy you hired to hang out in a fancy room with all those skeletons.

E. Concede defeat, as such a mind-boggling puzzle is simply impossible to solve. Quickly accept the notion that you'll eventually starve to death loitering near a door the color of a clown's shoe.