I See Big Things for You, Kid 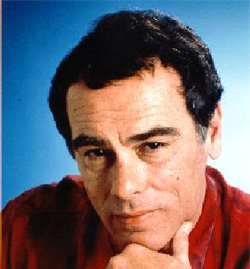 Women will want you and men will want to be you.You've got it kid. I mean you have really got it. I'm talking that special something that can take a third-generation farm boy from Iowa and turn him into Dean Stockwell overnight. Overnight! *Snap* Dean Stockwell riding on a white horse and kissing French women in lingerie and eating pizza whenever he wants. I see big things - huge things - in your future, kid. You are going to be a star. You are going to be the star and you are going to have anything that you want.

I see a three, no nine, a nine picture deal in your future kid. Something with one of those studios that can't possibly ever go out of business and they're going to give you more money than they gave Elizabeth Taylor for doing those hoo-haa shots in Cleopatra. They are going to drive those big armored bank trucks up to your house and just dump off more money than you can ever count. Your agent will be able to buy hundreds of white slaves and those don't come cheap. No, scratch that, you won't even need an agent, you will have such a glow that even the studio sharks won't try to screw you over. They will fall at your feet like swooning debutantes.

Kid, the possibilities are endless. You could do a trilogy about eating corn, a summer blockbuster where you just lift weights and run around for two hours, and not only will they both be hits but they'll both be optioned for TV adaptations. You'll be so hot they know they can't do the series without you so they'll hire a look-alike. Then they'll pay you half a billion dollars to use a computer to edit up your voice from movies and layer it over the actor. That deal alone will make you so much money you could buy Bill Gates to personally make you a computer. You could pay him and that iPod guy to go into a room with a bunch of circuits and wires and give them three days to make you the most powerful computer ever and just to please you they will finish in a day and it will be two times the most powerful computer ever. Like Xbox 7000 or something. 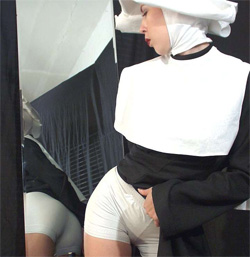 Ladies in training.That's just the start. That's nothing! Kid, when you rocket to the top you're going to get whatever you want. Anything you want. If you want an octopus fighting a robot it will be set up in your front yard in half an hour. You can snap your fingers and someone will bring you a unicorn, and not just a fake unicorn either, you can have sex with it and your centaur babies will have unicorn horns. They will make it with science and break all kinds of laws if that's what you want. You will be monitored by an entire service industry that does nothing but interpret your wishes based on your actions and then try to please you. They will be able to tell what you really want even if you don't know. You could write a complaint letter to Dole about a bad banana and then wake up the next morning and the Pope will be making out with Bin Laden on your couch.

That sounds kind of gay though, which is cool if that's your thing kid, but oh man the women. Every woman will want you, not even for your money or your looks or anything that shallow, they will want you like a nun wants Jesus. The Brides of You, kid. There will be academies, prestigious academies, where people send their daughters to train them on how to please you. Famous and beautiful women will approach you and ask to kiss your hands. Any woman you want is yours. Have you ever done two girls at once? How about two Queens of England? They will clone her and you can have twice the royal pleasure.

If royalty isn't your bag that's totally cool too. There will be tons of actresses, singers, models, and even politicians who want to be with you. Jennifer Connelly will sign you up for the steak of the month club. Liv Tyler will deliver roses to you in the nude. Britney Spears will get an abortion for you. You'll come home from the spa and Nancy Pelosi (D-CA) will be naked on your bed with a bow around her. That blonde chick from The Ring will wake you up in the middle of the night and offer to give you a bath with her tongue. Like a cat, kid, only sexier. 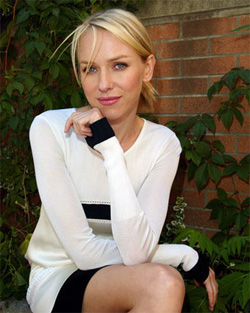 Like aEverywhere you go people will recognize you and try to give you gifts. If you fly from New York to Paris all of the states in between will build huge monuments that spell out your name. When mayors give you the key to the city they mean you literally own the entire city. Crowds will wail and gnash their teeth with joy when you cut a ribbon at a mall or hospital. If you speak out for a charity whatever disease or cause they represent will be immediately taken care of by the shadow government. Navy SEAL snipers will follow you around and shoot people who are too ugly to be next to you and when they shoot people the people will be smiling because they'll know it's what you wanted.

Even infants and animals will recognize your majesty. Colicky babies will coo with pleasure at the sound of your voice. Dogs and cats will teach themselves crude English so that they can demonstrate their devotion to you. Chickens will pluck, decapitate, and charbroil themselves to your liking. Predators like lions and bears will bow at the sight of you and drop fresh kills before you in the hopes that you will grace them with a smile. When you approach a lake, river, or ocean all of the fish nearby will leap out of the water in perfect synchronization for your amusement. Deep sea animals will heave themselves up from the abyssal depths, even though it's fatal to them, if they hear a rumor that you will be passing overhead in a boat.

Your fame will be beamed deep into outer space. I'm talking far out there, kid. Past Pluto or whatever that new planet is. Aliens will intercept and listen raptly to radio interviews you do for the new satellite radio network devoted exclusively to you. They'll become convinced that you are the omnipotent ruler of earth and send emissaries who will heap fabulous gifts and strange technologies on you. When you go to the beach cloaked spaceships will use gravity rays to shape and modify the tide to your liking. They will carve your face in the moon with atomic lasers. Their vast battlefleet will destroy entire populated star systems to create a constellation in your honor. 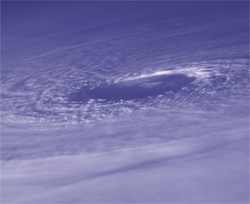 You must not be anywhere near this.Nations will begin and end wars based on their entertainment value to you. Famine will cease to plague the poor because just staring at an 8 ½ x 11 headshot of you will be all the food they need, kid. Hurricanes will divert their course if you are in their path, tornadoes will retract humbly into the clouds at your presence, and wherever you go it will be 78 degrees and sunny.

The world is gonna be your oyster, kid. The whole planet, hell, the whole universe. You are going to be the brightest star in history. All you have to do is come aboard.

So what do you say kid? Does that sound good to you? Are you ready to join the VitaPlus team? Alright! Excellent! Let's get you set up in the call center and you can sell some fucking vitamins! Trina will show you how to log into the system and you've gotta make sure you do it right or you're not on the clock. Two fifteen minute breaks and a half-hour break for lunch. It's your first day so just try to learn the ropes, starting tomorrow you're on a five sale daily quota for the first month. Welcome to the VitaPlus fast track.

Hey there muffinheads, I've got an all new Daily Dirt for your reading pleasure. If you want to hear me complain about doing ALoDs then this is a must read!